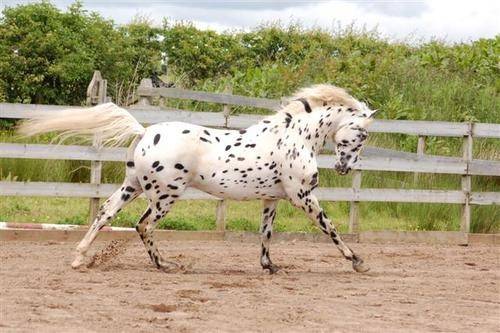 The Knabstrupper is a very old, now almost extinct horse breed, which is just being resurrected all the more splendidly: In addition to the old baroque Knabstrupper type, a light, sporty warmblood type and a cuddly pony type are bred today.

The Knabstrupper goes back to an old Danish baroque horse breed with a lush, round body appearance, but is now bred in three types: A modern type with the aim of breeding “modern sport horse”, which is roughly similar to a German riding horse.

This type is bred by crossing any foreign blood that lends itself to achieving the breeding goal. From this modern type Knabstrupper, a type of pony is bred whose height at the withers remains below 1.42 m.

The third type is the old baroque type with a sturdy structure and more mass. In this breeding line, only one Knabstrupper, which has been bred for at least three generations without crossbreeding with foreign blood, is considered an original standing Knabstrupper in the baroque type.

This pure breeding is the breeding goal, but this type does not work with a completely closed studbook. In addition, the breed’s gene pool has lost too much of its diversity over the course of its history.

That is why the baroque breeding register also includes individual descendants of the many Knabstrupper who were once crossed with Lusitanos or other Spanish races if they correspond well to the baroque Knabstrupper type.

The Knabstrupper emerged from the Danish “Frederiksborgern”, which were bred from 1536 at the royal stud in Frederiksborg in Denmark.

Frederiksborgern used to be world-famous and sought-after, they also play a decisive role in the creation of the Lipizzaner, Oldenburg, Hanoverian, and Spanish / Andalusian horse breeds.

The breeding of the Knabstrupper began when, towards the end of the 16th century, tiger pegs became a trend among kings and other well-heeled people.

At that time everyone wanted to breed tiger piebalds, but only the Danes had the luck of selecting a pure tiger piebald strain that produced almost only white-spotted offspring in breeding controlled by “genetic blind flight”.

In the 17th century, the tiger piebalds from Frederiksborg were among the most sought-after horses in the world, pulled golden carriages, and carried kings and emperors to their coronations as their favorite riding horses.

However, when, in Napoleon’s time, simple farmers and citizens were first recruited as soldiers, the state breeding of exquisite, diverse pedigree horses based on noble Spanish blood and the art of riding of the “high school” collapsed.

What was needed now was masses of plain, monochromatic horses that could do nothing more than run straight ahead. However, a few tiger piebalds had long since ended up in the hands of private individuals and were bred by them – especially on the Danish estate Knabstrup, from which the breed was eventually named.

Since then, attempts have been made to preserve the Knabstrupper breed with the few breeding animals that still contain the genetic remains of the Danish tiger piebald. In Denmark today mainly the sport horse type of Knabstruppers is bred, which meets all the requirements of a modern riding horse. Historically, representatives of the old bloodline had mainly gathered in Germany.

The appearance of the Knabstruppers

The modern Knabstrupper resembles the “German Riding Horse” type, as I said: a warmblood with a harmonious body, medium-long neck, straight legs, and strong joints, with a beautiful, expressive head with large eyes.

The old baroque type is no less beautiful but much stronger and originally more Spanish: A Knabstrupper with a lot of substance, a strong neck, and well-muscled hindquarters, who has a more or less ramsnose head with a slightly curved nose line.

These main physique differences between the two types relate primarily to athletic use; The two Knabstrupper types are identical in all other properties.

The unusual coat color, which was and is the cause and basis of the Knabstrupper breed, is based on a very complex genetic makeup.

These systems show themselves in 5 basic variants of the tiger puck coloring, which every real Knabstrupper fan knows and differentiates

In the front part monochrome black, brown, red fur, on the rear part black, brown or red points on a white base color.

Fragments of the “tiger coat” spread over the body as white spots on a black, brown, or red base color.

White Knabstrupper, in which the special genes of the Knabstrupper lead to the fact that in contrast to the “usual mold”, they are born white; Mottling and isolated points occur.

Knabstrupper with black, brown, or red fur (no gray), but which carry the tiger piebald genetics in a recessive manner.

Within this tiger spotting, a wide variety of deviating colors are possible and permitted, which does not make the distinction easier.

In addition to these color variants, the following secondary characteristics must always be added to a real Knabstrupper:

What they are not always aware of: Astrid Lindgren clearly had a Knabstrupper in mind in the book “Pippi Longstocking”, even if the “Little Uncle” in the film was just a white horse dotted with hair dye.

Knabstrupers are docile, ambitious, and curious, quite good-natured, and generally exemplary.

The Knabstrupper also has a strong and proud character and a determined will, and he can sometimes develop an extraordinarily idiosyncratic temperament.

If a Knabstrupper is just stubborn, the keeper has to be strong and confident enough to calmly and patiently counteract it. If you cannot assert yourself against the strong character and highly intelligent Knabstrupper, there is a risk that he will do what he wants.

So not a horse for first-time owners, especially if they don’t like to take advice from experienced horse people or if advice is not available nearby. 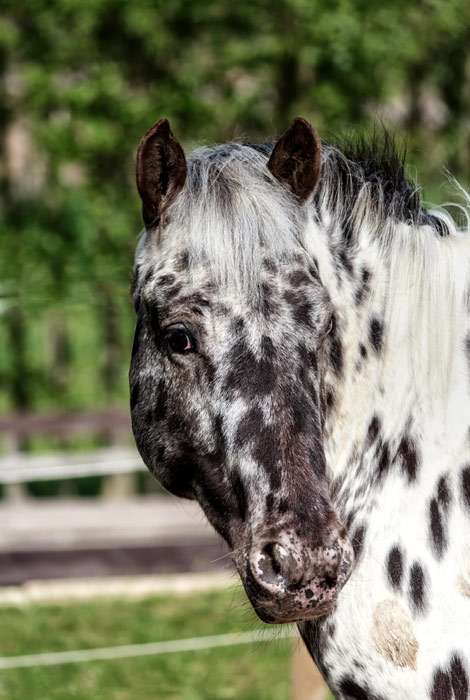 When a Knabstrupper is bored, he not only becomes depressed or disgruntled but also likes to think up all sorts of “nonsense” that can cause a lot of unrest in the stable.

In terms of nutrition, there is nothing special to report at the Knabstrupper: A completely normal healthy diet with roughage concentrated feed and juice feed, which also gives the Knabstrupper a lot of pleasant activity during the day.

Before you buy a horse, you must of course be fully informed about this completely normal, but very diverse, healthy diet for horses.

The individual feed must of course be of good quality and distributed throughout the day in a manner that is especially appropriate for your horse.

With the Knabstrupper horse breed, it is also important that you take the employment aspect really seriously. A not too wide-meshed hay net, from which the Knabstrupper has to properly work out every mouth full of hay, is the minimum.

The fast-learning Knabstrupper has nothing against a sequence of rituals, according to which there are certain treats at certain times. Otherwise, it just means paying close attention to the individual needs of the Knabstruppers and adapting the diet as well as possible to their particular likes and dislikes.

The following applies to the stable training of a Knabstrupper:

To get to know

It is best to do this before you buy: If you have selected a Knabstrupper, it will usually not move in with you immediately.

Until then, visit him more often, talk to him, maybe take him for a walk or even ride him a little.

Make friends with the horse until the Knabstrupper feels you are a confidante. When your new horse arrives, you should first spend a lot of time with him.

Once you’ve both made some familiarity with yourself, you can move on from just moving to work. Rather cautiously at first, so that you can sense what and how much your Knabstrupper is offering by itself.

All Knabstrupers bring great abilities and “mental” talent with them, all Knabstrupers can achieve very good performances under a good rider in the disciplines that are appropriate to the respective size and type.

Knabstrupers can also be extremely stubborn and, as highly intelligent horses, tend to learn the wrong things quickly.

You can therefore best be trained by experienced riders who no longer need any help and who can counter the ambitious determination of a Knabstruppers with strong leadership qualities.

The special coat of the Knabstruppers has no special requirements in terms of care. However, as with any horse, it needs regular care in order to always keep a healthy, clean structure.

In addition, you give your Knabstrupper a pleasant massage every time you groom and, above all, you deal with him, which is why regular grooming strengthens the bond with the horse over the long term.

The Knabstrupper is actually a healthy horse breed, in which no accumulation of “typical diseases” has been observed.

Only the eye of the Knabstruppers is a little “bred” because it was bred from round to oval in order to look as similar as possible to the human eye.

In the Knabstrupper, this repeatedly leads to sensitive reactions of the eyes, which should then be soothed immediately by treatment with an eye ointment.

The life expectancy of the Knabstruppers

The life expectancy of the Knabstrupper is difficult to give as an average because it differs depending on the type:

Ponies have a life expectancy of up to 50 years, and even well-kept Knabstrupper ponies can get very old.

Of the large horses, the smaller specimens usually live longer than large, heavy types.
Knabstruppers are often said to live to be around 35 years of age and can then be ridden in full until they are 25 years old.

But of course, it is also true of life expectancy that you can have a decisive influence on it through species-appropriate husbandry, healthy food, and sufficient exercise.

Choosing the best Knabstrupper type for you is more difficult than getting access to the breeder because a wide variety of factors should be considered when making the decision.

If you cannot find a suitable horse for you on the narrowly limited Knabstrupper market, we have a tip for you:

In cooperation with several breeders, a Knabstrupper that is exactly right for you is searched for or even planned as a foal, if it otherwise fits well into the breed. 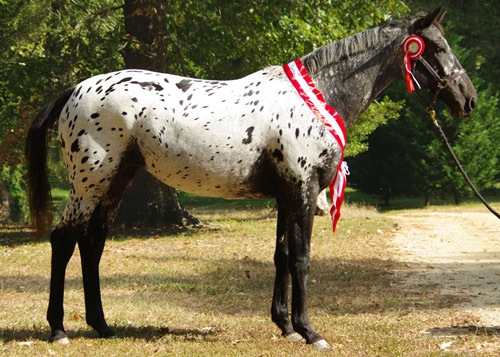 First of all, you should answer a few questions yourself:

Are you sure that it should definitely be a horse whose keeping is not that easy and cheap? Why not z. B. Rats, they are super smart and are very popular again right now.

Or how about a dog? You can do exciting things with the dog almost anywhere, not only in the stable and around it like with a horse.

If you are sure that it should be a horse, a Knabstrupper is only really recommended if you can ride reasonably well. But then all the more, Knabstrupper are wonderful horses.

Fans of beautiful or striking coat colors will always find the right horse among the two types of Knabstrupper. The Knabstrupper is also a great “family horse” and a great horse for all people who want to help save an old breed or, in general, to preserve genetic diversity with a considered purchase. 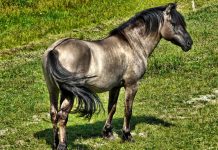 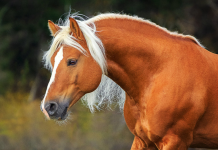 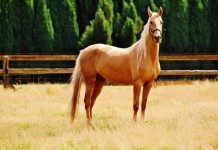 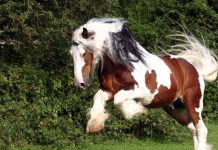 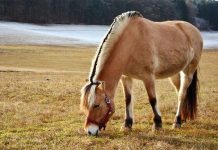 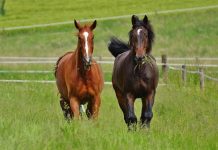 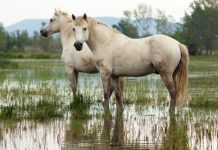 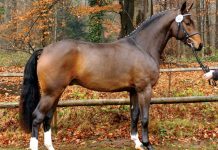 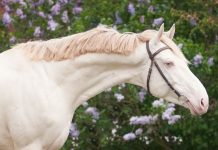 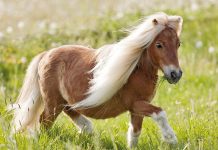 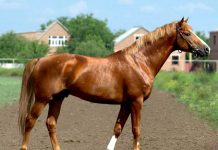 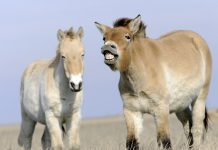