Leachie Gecko (Latin Rhacodactylus leachinus) is the largest member of the Diplodactylidae family from the infraorder Gekkota. This lizard with a massive body and short tail grows up to 36 cm in length. It is significantly larger than many related species found on the mainland.

The size of the reptile is attributed to a biological phenomenon called island gigantism. Animals living on isolated islands often tend to grow in size over several generations. The reptile is not dangerous to humans, it easily adapts to being kept in captivity. It is readily kept in private collections by exotic lovers. At the same time, the Melanesians are very wary of this creature. There is a widespread belief among them that Leachie can cunningly bite teeth into a person’s neck and drink the soul out of him. The species was first described in 1829 by the French naturalist Georges Leopold de Cuvier.

Body length is 30-40 cm. Weight 400-800 g. The nominative subspecies is the most massive, and the smallest R.l. henkeli. Its length rarely exceeds 26-28 cm. Loose skin is tinted light olive-gray. Depending on the emotional state, it can take on a green, gray, or dark brown hue. The marble pattern is often visible.

The body is wide, flattened in the vertical direction. The tail is very short. There is a wrinkled annular thickening at its base, and two longitudinal rows of scales are visible on the underside. It is used as an additional fulcrum when climbing. The lizard can shed its tail if necessary. The Leachie Gecko lives in the wild for about 15-20 years.

The Leachie Gecko is endemic to New Caledonia in the South Pacific. In natural conditions, it does not occur outside this island and the small islands surrounding it.

The lizard inhabits tropical rainforests. Prefers low-lying areas near the sea coast or rivers. On the island of Grande Terre, the reptile is observed at altitudes up to 900 m above sea level. There are 3 known subspecies. The specific name leachianus was given in honor of the British zoologist William Alford Leach. 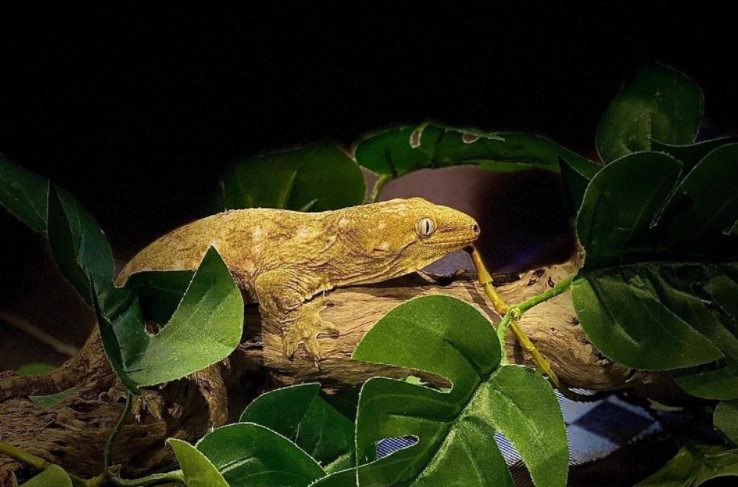 The reptile leads an arboreal nocturnal lifestyle. During daylight hours, she hides in the hollows of trees or abandoned bird nests, occasionally gets out into the open space, and takes sunbaths. With the onset of dusk, the lizard leaves its shelter and goes in search of food. It claims its rights to it with sounds reminiscent of loud hiss or monotonous clicking. Territorial conflicts are usually limited to threats, fights between reptiles are rare and do not lead to serious consequences. This creature is slow and not prone to too active actions.

The diet is dominated by food of plant origin. The Leachie Gecko feeds on fruits, berries, flower nectar, and tree sap. Periodically, it eats insects, spiders, small rodents, and hatched chicks. To feast on ripe fruits that have fallen to the ground, the reptile descends from the trees to the surface of the soil. Bananas are considered his favorite delicacy.

Leachie Geckos requires a vertical terrarium for tropical animals. The minimum size of a terrarium for 1-2 individuals is 50 × 50 × 100 cm (excluding the height of the lamp). The temperature is maintained using a thermal cord, thermal mat, or local downward heating (incandescent lamp, mirror lamp). The temperature at the point of warming up to 30-32 ° С during the day, 25-26 ° С at night. The background temperature is 25-28 ° С during the day, 22-24 ° С at night. Thick branches are installed under the heating point so that the geckos can warm up well while choosing the temperature they need. Branches, driftwood, pieces of bark should be in the entire terrarium. 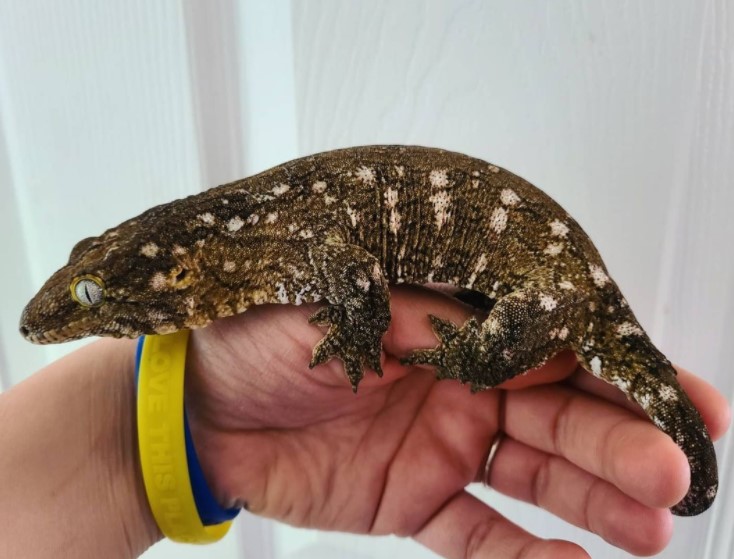 Shelters are pieces of bark, placed vertically, houses, hanging shelves. The walls of the terrarium can be covered with a backing of curly cork or bark, such as cork oak. The terrarium is decorated with artificial plants or live non-poisonous plants are placed in pots: bromeliads, orchids, small ficus, philodendrons, begonias, tradescantia. Terrarium soil is not required, but you can use gravel, coconut substrate, sphagnum, or cover the bottom of the terrarium with filter paper. A drinker must be installed in the terrarium. The terrarium should be sprayed with warm water once a day.

During the breeding season, pots or deep food plastic containers filled with coconut substrate or pre-treated garden soil are placed on the ground, where the female can bury the clutch. The depth of the substrate layer is 5-10 cm. Adult geckos must be kept separately, and 1 male / 1 female must be planted for mating in combination. Under no circumstances should adult males be kept in the same terrarium!

In terrarium conditions, geckos are fed with crickets, cockroaches, mealworms, locusts, and other insects. They eat pieces of lettuce leaves, tradescantia, begonias and dandelions, sliced ​​bananas, soft pears and apples, and berries from plant foods. They offer them fruit mixtures for baby food and honey, roll large balls from the mixture, sometimes smearing them with honey, which geckos find and eat at night. Animal feed makes up approximately 45% of the diet, and 55% is vegetable. 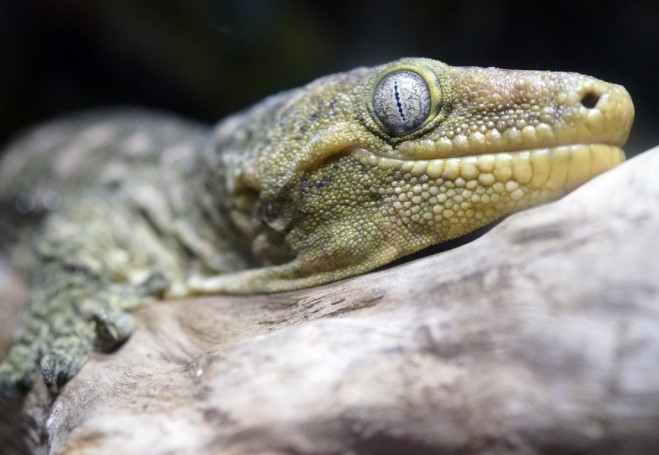 The young are given similar food in smaller sizes. Feeding is carried out at least once every two days, preferably daily, varying the feed. They drink water, for which they should regularly change it in the drinking bowl. Along with the feed, it is necessary to give various mineral supplements, for example, crushed eggshells, preparations containing calcium. Mineral water can be added to the drinker. Offer concentrated vitamin preparations with feed no more than once a month. Give a well-balanced reptile feed according to the instructions.

Maturity occurs at the age of one year. In the struggle for the attention of the females, the males become aggressive and arrange ritual fights with each other. In anger, they change color from olive-gray to black-brown and hiss menacingly. Opponents scratch and bite each other. They try to bite in the area of ​​the tail, which can damage it.

A fertilized female, 6-7 weeks after mating, lays 1-2 eggs about 25 mm long in tree holes or deep cracks in the bark. In their absence, laying is done in the midst of fallen leaves. Incubation lasts 60 to 90 days. The female does not guard the clutch and does not worry about her offspring. She can make up to 4 clutches per year.

The hatched lizards have a body length of about 8 cm. They are completely ready for independent existence. At first, babies feed on insects and then move on to larger animals and a vegetarian diet.