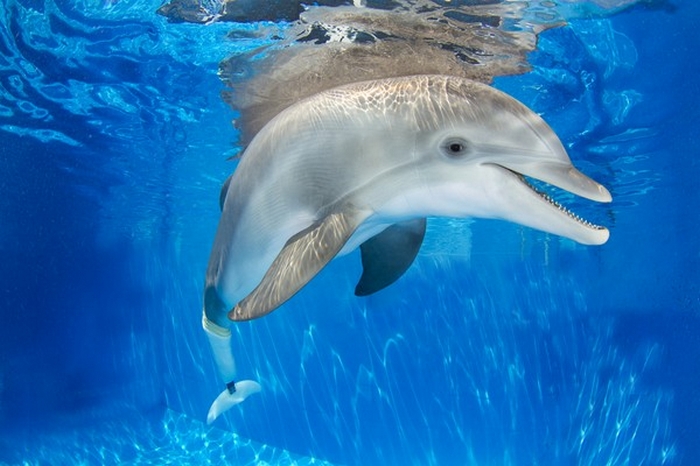 Modern prosthetics reach new heights every year. It used to be that the loss of an arm or leg put an end to the future fate of a person. Now, thanks to the development of technology, he can continue an active life, including in the physical plane. At the same time, high-tech prostheses are made not only for people but also for our smaller brothers. And today we will tell you about five of the most amazing examples of prosthetics for animals.

The trunk is almost the main organ of the elephant, without which the life of this animal is impossible. And an elephant that has lost this part of its body has no chance of surviving – it cannot even feed itself. But Festo has developed an artificial trunk that is intended to replace a real organ for injured animals. 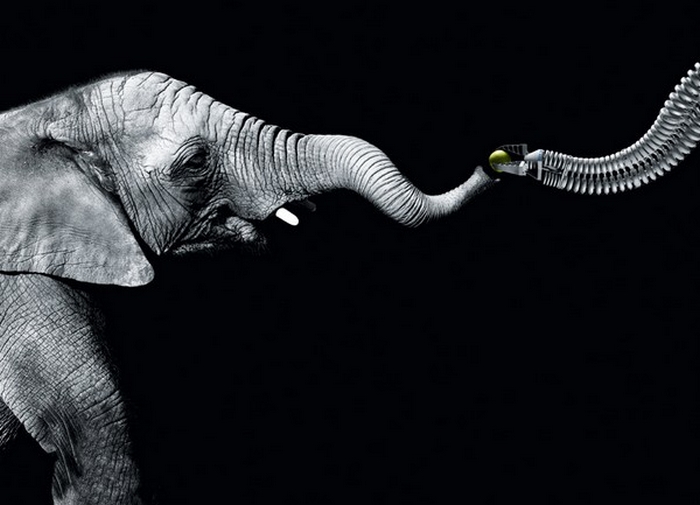 However, Festo did not initially plan to create an elephant prosthesis. Engineers of this company studied the properties of the trunk in terms of its efficiency in order to create a new class of manipulators used in high-precision work. 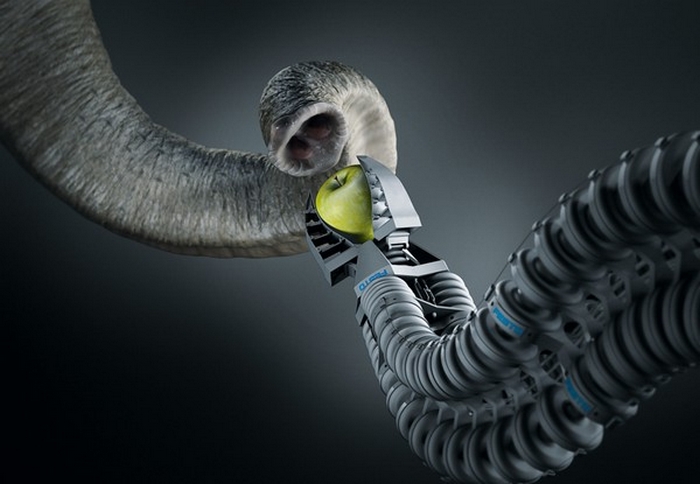 Having learned about these developments, veterinarians approached Festo with a request to create a technological prosthetic trunk for sick elephants. As a result, two devices appeared – a bionic arm for human manipulation and an artificial organ for crippled animals. 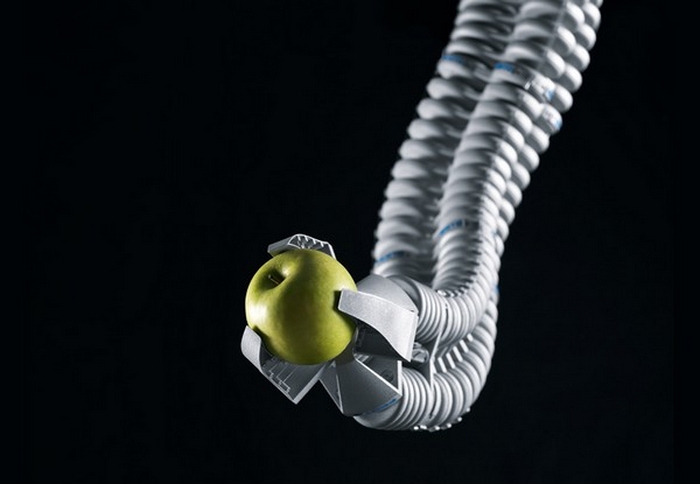 Meet Naki! This is a unique dog with a difficult fate. People found the five-week-old puppy in the cold, flooded basement of a house next to the body of a mother who died from cooling. The baby had all four paws frostbitten, which the veterinarians had to remove. 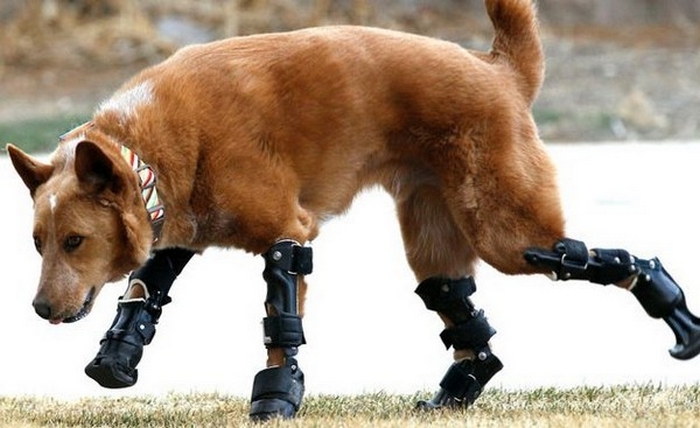 The crippled puppy was taken by one of the doctors who took part in his rescue. She decided to give him a new, fulfilling life and started looking for a company that could create prostheses for Naki. Her choice fell on Orthopets, a successful company on the market that managed to produce new organs not only for dogs and cats but even for horses and storks. After learning of Naki’s tragic story, Orthopets agreed to create four high-precision prostheses for the animal’s four legs, free of charge. And the dog in a matter of hours learned to use “new clothes”. Now he leads a full-fledged mobile life, no different from the life of hundreds of millions of other happy dogs. 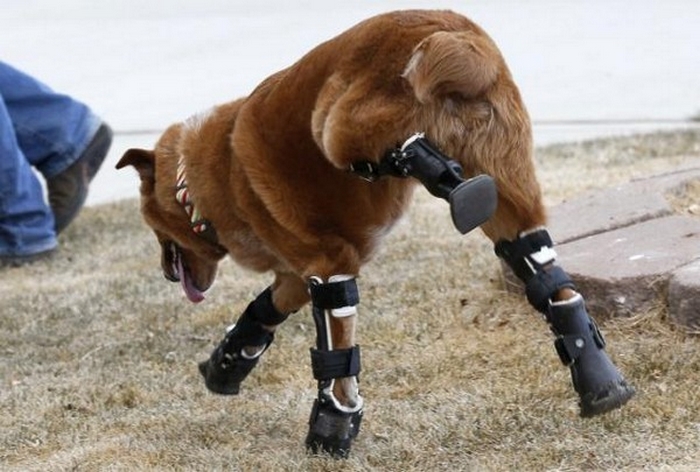 Dolphin Winter is the star of the Clearwater Aquarium in Florida. Thousands of people go there to meet him. The fact is that the tail of this marine mammal was damaged in 2005 by a crab net. The wounded dolphin himself approached people with a request to help him in trouble. 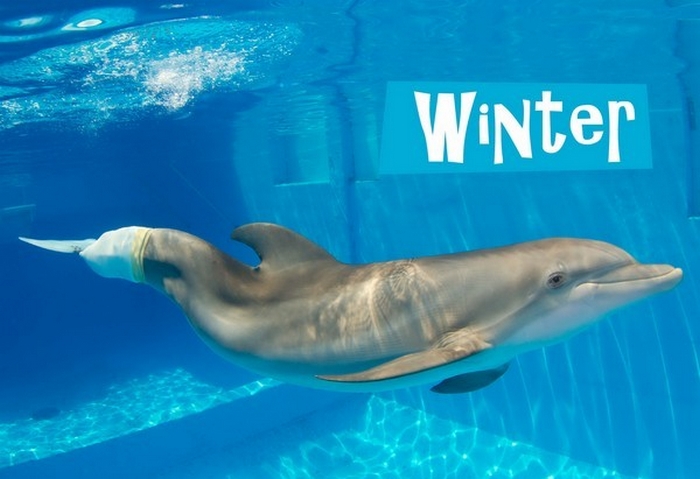 Veterinarians placed the dolphin in the Clearwater Aquarium, one of the largest marine animal research centers in the entire United States of America. There, in 2007, an artificial tail was created for him, allowing him to lead a full-fledged underwater life. But Winter did not want to leave the cozy pools of the dolphinarium after rehabilitation.

Now, this dolphin is engaged in the rehabilitation of people who have lost limbs. He acts as a living symbol of the fight against injuries of the musculoskeletal system – people from all over the world travel to meet him in Clearwater. The bulk of Winter’s “patients” are children whom their parents take to a meeting with a dolphin in order to show that the loss of a limb is not the end of life, but only the beginning of a new stage. 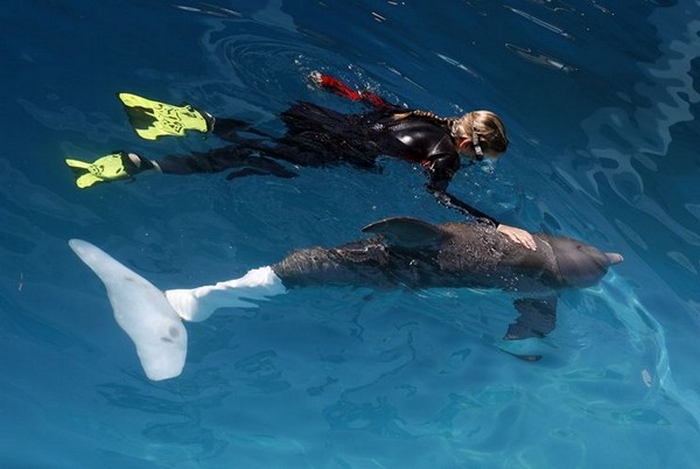 The advent of printers that can print three-dimensional objects has brought unprecedented possibilities to prosthetics. After all, now, in a matter of hours, you can create a prosthesis of any complexity, the creation of which would have taken a lot of effort and time before. One of the most famous uses of 3D printing in animal orthopedics comes from NovaCopy. Their work made Buttercup a worldwide celebrity. 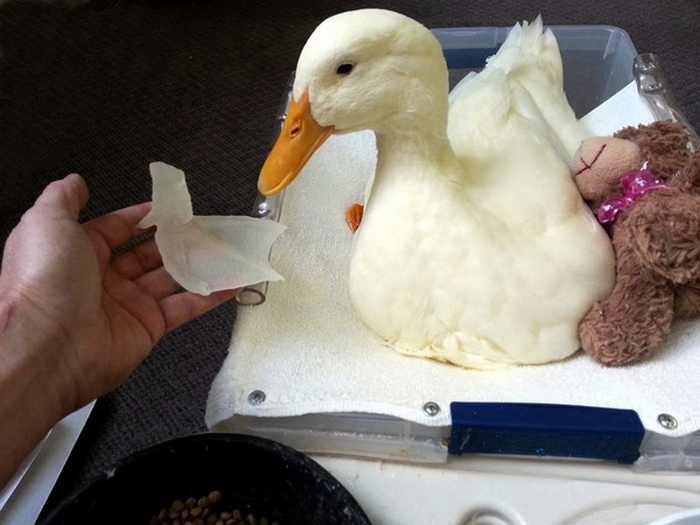 Buttercup hatched from an egg with a genetic mutation – its left paw was twisted in the opposite direction, which prevented him from moving. Veterinarians were forced to remove this limb, and NovaCopy printed a new paw for the duckling, allowing the bird to start a normal life. 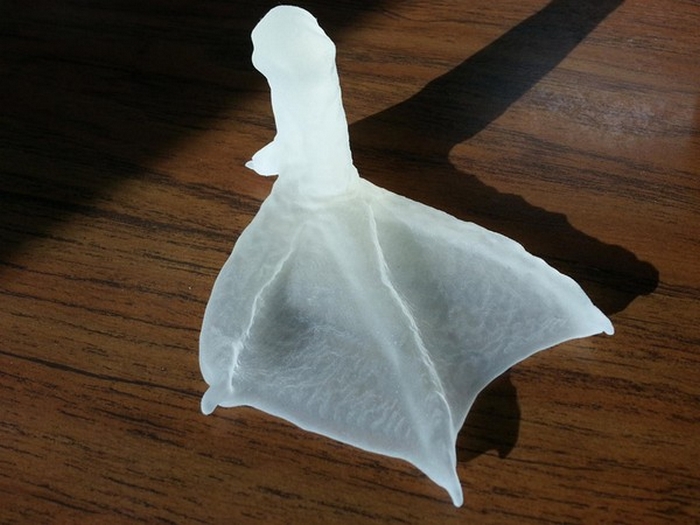 The prosthesis is a silicone “sock” that is attached to the stump of the foot, without rubbing the skin at all. It is convenient and practical and even weighs only a few grams.

Mr. Stubbs became the first alligator in the world to have a prosthetic limb. This crocodile lost its tail thanks to smugglers who transported it and 32 other brothers in the back of a truck. And there they either quarreled with each other or suffered from hunger. 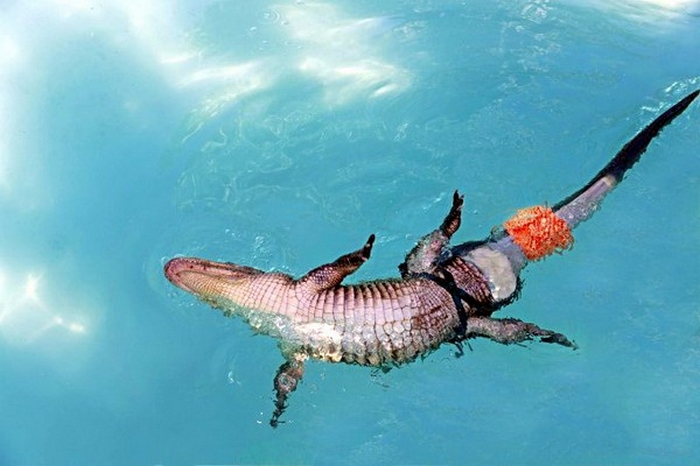 The police who stopped the truck handed the tailless Mr. Stubbs to the Phoenix, Arizona Herpetology Society, who rehabilitated the crippled animal. They turned to the Orthopedics Research Institute to have the local specialists create a new limb for the crocodile. And they took the task as seriously as possible – they studied the subject’s center of gravity, the safety of the muscles in his back, and many other parameters, without which it is impossible to create a successful prosthesis. 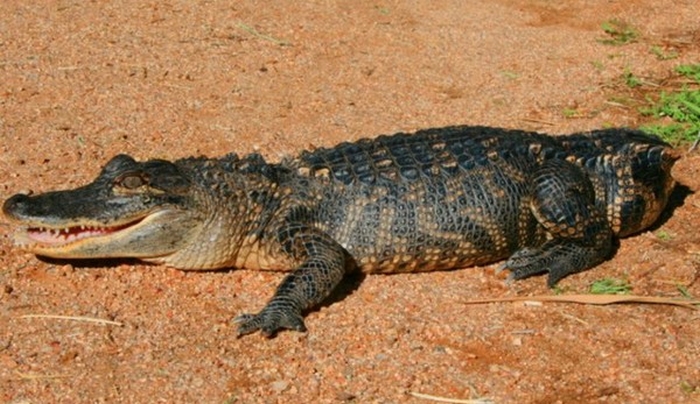 At first, Mr. Stubbs tried to bite off his new silicone tail, attached to the body with straps, but gradually he got used to it and now he cannot imagine his life without an artificial limb. After all, alligators cannot swim without a tail. 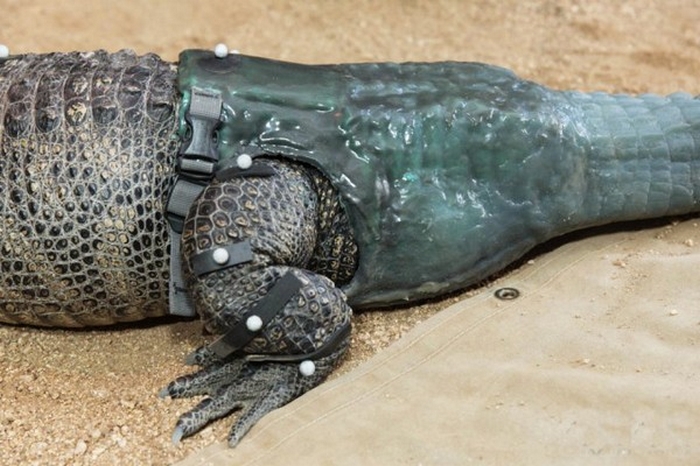 Cute Things that Dogs Do 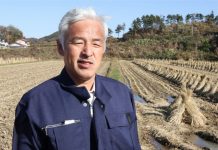 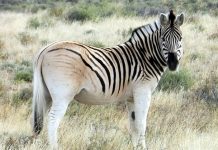 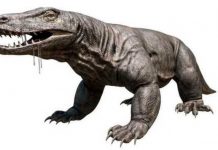