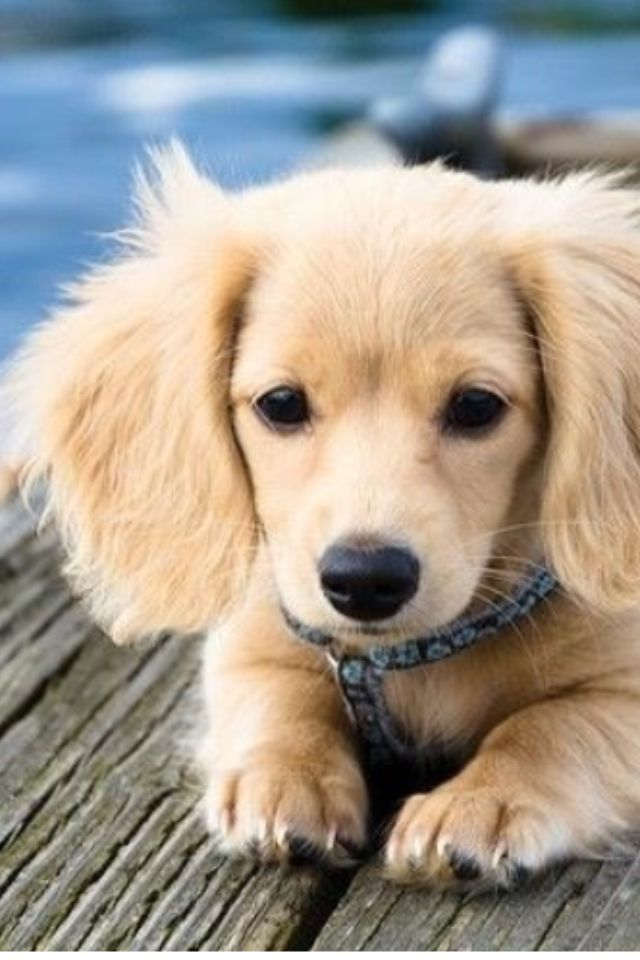 Are you all set to get yourself one of those golden puppies that make your heart melt as you see owners walking them down the pavement? Well, they’re cute, no doubt. But hold up.

There’s more you ought to know before you make your final decision. From breed type and origin to prerequisites of proper dog-keeping, there’s a bunch of hidden details that may have you think twice.

So, let’s not waste a moment more. And unravel all that lies in the shadows. 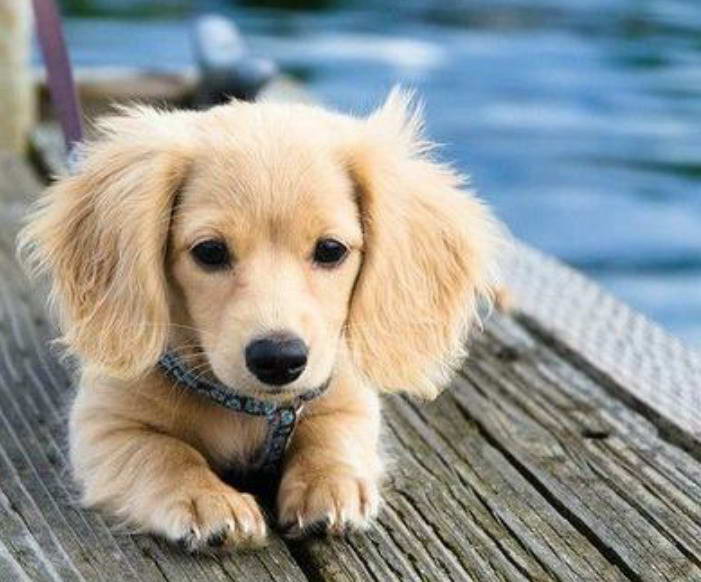 Golden Weiner Dogs are also commonly known as the Golden Dox. In terms of origin, these fluff buddies are a crossbreed of Golden Retriever and Dachshund. Some of their other names include Golden Retriever Dachshund Mix and Golden Weenie Dog.

When talking about height and size, the Golden Weiner Dog is one of the few dog breeds that exhibit a huge variation. And that’s mainly due to the humongous contrast in the physical appearance of their parents.

The Golden Retriever is huge, while Dachshund is comparatively small. So, if the Golden Dox has a golden retriever as a mother, it is likely to be heavier and bigger. But if the mother is a Dachshund, it is likely to have a small built since dogs get most of their physical influence from the maternal side. For facts, you should know that whichever the combination of mother and father, the puppy will never outgrow the larger parent.

With that said, the standard weight of a Golden Weiner Dog varies from 30 lbs. to 60 lbs. Similarly, the height varies from 10 to 23 inches. Now that, on average, is classified as a medium-sized dog.

If you have specific needs for a huge or a really small dog, then review the similar breeds below. You may find a Weiner-resembling perfect match for your needs.

If we get to their coat, then Golden Weiner Dogs have one of the most mesmerizing coats of all dog breeds. The coats can resemble the long coat of the retrievers or the short coats of the Dachshund. Or, most likely, Golden Dox will have a medium coat. Again, in terms of texture as well, there could be a huge variety ranging from wiry to smooth texture.

The coat colors that you can expect of a Golden Weiner are as follows:

Apart from a rich, textured coat and a medium-sized body, you should expect a Golden Dox to be muscular and thick inbuilt. Their muscle ratio to body size is a bit more than usual. Thus, giving them a short and thick outlook, which, of course, makes them all the more adorable.

The ears are droopy and long, while the eyes are wide and expressive like the rest of our furry pals. The shape of the eyes is a bit more towards almond-shape rather than round-shape. The nose is black, and the skull area is flatter than the round. Their paws tend to turn inwards.

Like we mentioned earlier, Golden Weiner Dogs make your heart melt. Now, we did not mean that only in terms of appearance. We also referred to their irresistibly joyful personality.

The dog loves playing around with dog toys and demands a fair amount of attention. Owing to its independent nature, it wouldn’t bug you now and then on the slightest of inconvenience. But it wouldn’t even tolerate complete ignorance throughout the day. On average, we recommend spending at least an hour or two with these furry pals. If you work for long hours, then there would be a great fit for you.

These dogs are also understanding and kind. And you won’t find them getting aggressive over petty matters. Their intelligent nature gives room for more sensible behavior. Thus, we recommend these to those who need a dog for company purposes. Also, it’s an excellent fit as a family dog!

Depending on the quality of care and comfort that you provide to your Golden Weiner, it may live anywhere between 10 to 14 years. Improper care can shorten this span. And complete care extends this period up to several years. A well-bred and maintained dachshund can live up to 25 years, which promises a good scope for the extended lifespan of the Golden Dox.

The Golden Dox is active. And so, they require food to meet these hyperactive needs. You should expect to set up a schedule involving two to three meals a day (Apart from the dog treats – we’ve covered them in detail below). And these meals should be rich in protein with fewer and fewer fillers (click here for a good example of natural food with minimal ingredients).

The goal is to have your Golden Weiner Dog fulfilled so it may play and explore as much as it likes. But to also keep it hungry to an extent so that it feels the desire to eat again. In this way, your medium-sized Golden Dox will not become obese. And it does not lose too much weight and energy to function smoothly. 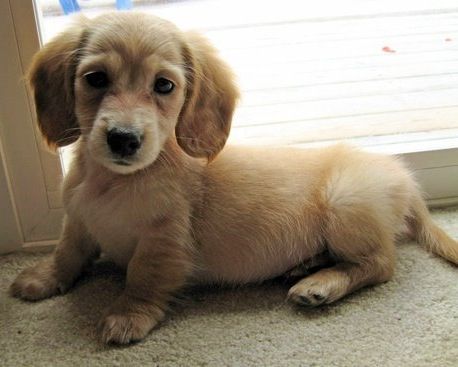 Although with proper care, Golden Weiner Dogs rarely fall sick, you still need to be on high alert because there are a plethora of diseases that they are prone to, thanks to their complex genetics. From their parents, the Golden Dox is prone to the following health conditions:

We highly recommend you rush your Golden Dox to a reliable vet upon noticing the symptoms of any of the above, as the situation can get serious in a matter of minutes. It may even prove to be fatal.

For a backup though, you could keep CBD oil or CBD dog treats in storage. These chews and treats help relieve pain caused by most of the health conditions mentioned above. It may even cure a few conditions, but you cannot rely on that with surety because science doesn’t back the claim yet. 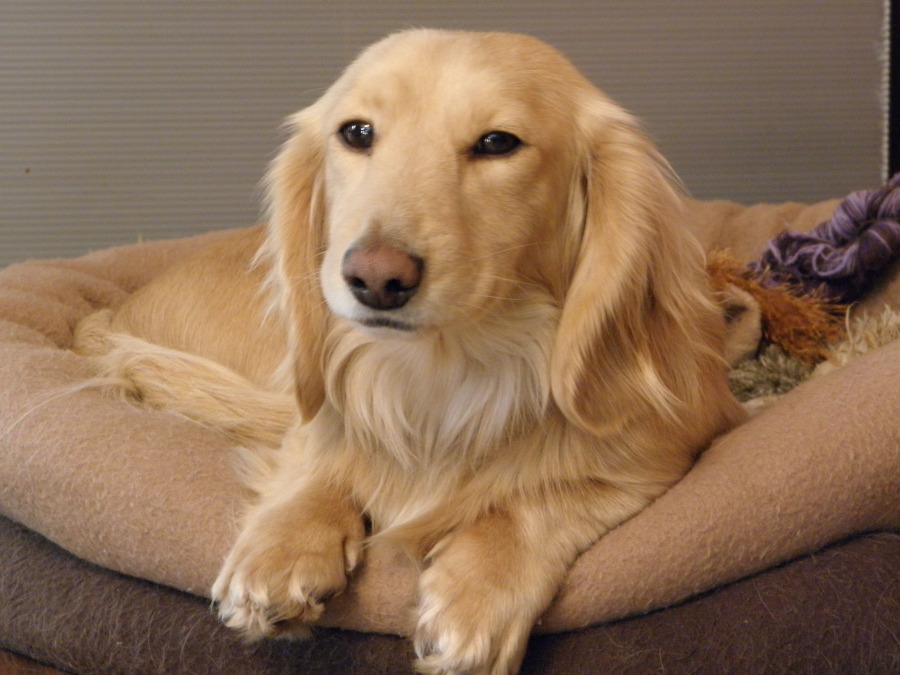 Improper hygiene maintenance and grooming may even lead to fleas and mites. So, ensure that you give your Golden Weiner Dog regular showers. It’s best to make use of a good pet hair shampoo and vacuum. Both of these would help with the shedding issue, which may be a major concern for long-haired Golden Weiner dogs.

Other aspects of grooming include nail cutting and ear cleaning. Since their ears are large, you may need to wipe these up with deodorizing wipes regularly.

Unlike most other dog breeds, Golden Weiner Dogs’ may be a bit difficult to train. With both the mother and father being amongst the most intelligent dog breeds, these dogs have a decisive and headstrong nature. So, you need to begin their training from as early as eight weeks.

Provide them exposure to all new things and faces and allow them to explore. Once they are comfortable with them enough, set their boundaries. Let them know what is permissible and what isn’t.

Know that the Golden Weiner dogs are fond of praise and positivity. You will find them inclined more towards a reward-based approach as compared to a punishment-based approach. So, if you’ve to instill a habit in them for good, reward them with dog treats when they exhibit obedient and compliant behavior. These will not only serve the purpose of training your pup but will also contribute to its health on the backend. There’s a wide variety of Hemp CBD chews in terms of appearance and flavors. So, you may need to experiment a bit until you find your dog’s ultimate favorite.

With that said, we would also advise you to take your Golden Dox under your confidence. Do not invalidate their suspicion of strangers and reaction to dangers. It may make them aggressive and may damage your relationship with them as they won’t be able to trust you fully. Similarly, your attention and acknowledgment of their efforts also serve as a treat. So, never compromise on that!

Some other dog breeds with similar origins and a resembling persona are as follows:

Now, you know all about the Golden Weiner Dog. From the origins of this crossbreed to its popularity and maintenance needs. You can now make an informed decision, i.e., whether you still wish to adopt one or not.

Just know that getting yourself a pet companion is not all about cute Instagram stories and park walks. These fluffy creatures demand attention and care just like us. Hence, buying a Golden Dox is not less than a 15-year long commitment to love, bonding, and companionship.

3 Ways To Get Rid Of Fleas On Your Cat

How To Train Your Dog: 5 Tips To Stop Aggressive Behavior