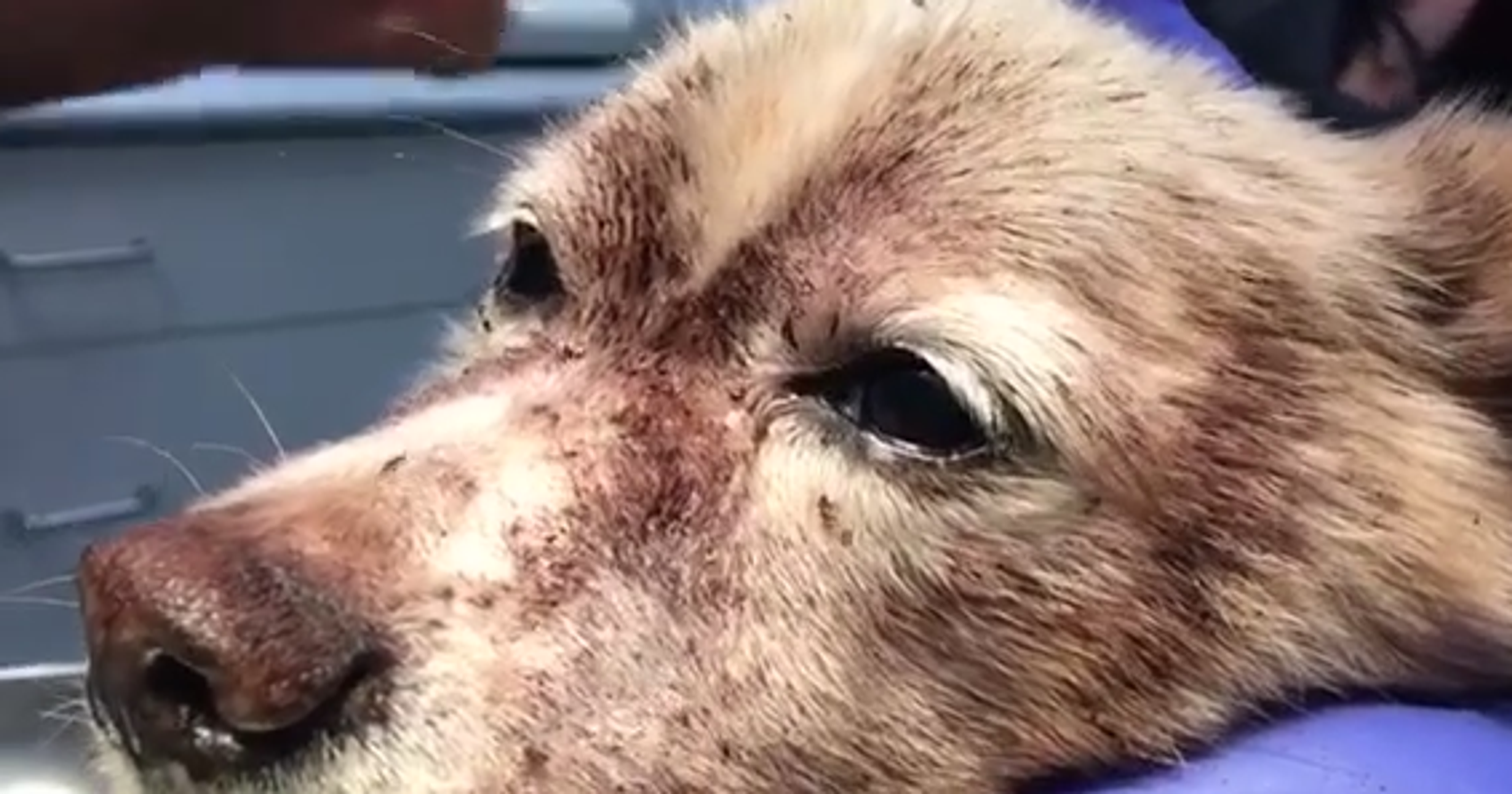 Skin diseases and infections in dogs can be highly contagious, and in some cases, life-threatening. When a dog is exposed to toxic chemicals, dust, smoke, unhygienic living conditions and dirt, they may catch harmful allergies that lead to redness, inflammation, bald patches and incurable cancer. 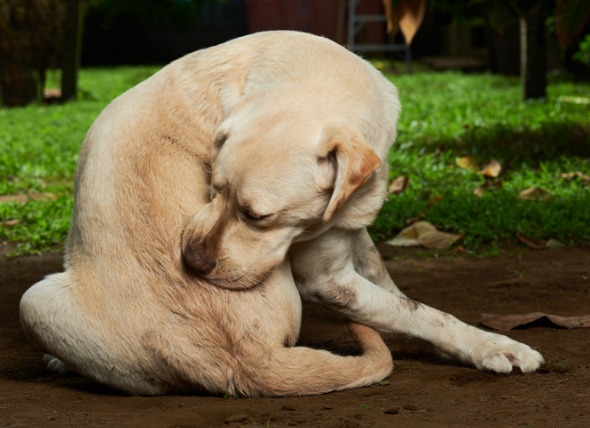 Skin infections can also lead to weight loss, low activity, restlessness and aggressive behavior in dogs that eventually make their life hard. The following are some common skin diseases in dogs and their cure that dog owners should be always aware of.

A dermatitis is a form of skin issue that a dog might get when they come in contact with plants, grass, dirt, and ground bugs. It also leads to hot spot issues in dogs that leads to licking of leg and other body parts. A dog can also develop moist Dermatitis is the infected skin is in direct contact with water for longer. Going to the vet, and cleaning the skin with shampoo is the best remedy. Additionally, dogs should always be washed and cleaned after they have played outside in grass or dirt.

Dry skin is one of the most common skin issues a dog faces. Flaky skin can cause inflammation and redness caused due to itching. It is more prevalent in winters and areas with low humidity. A dog can also get dry skin due to harmful smoke or skin products, dehydration, and loss of nutrients. Although ointments might help, it is important to give dogs a good diet rich in fish and meat that are rich in omega 3 and 6 serving as a natural health booster for a dog. A dog should also have access to clean water and a proper bath.

Many dog owners give their pet commercial dog food that is advertised as both nutritious and healthy. However, much of it does not work as advertised and can lead to dermatitis related food allergies in dogs. Use of omega fatty goods, a healthy mix of chicken, meat, rice, vegetables, and vitamin D rich foods can fill the nutritious needs. It will also reduce the risk of greasy skin, erythema and poor hair growth while regulating bad bacteria that can cause infections and allergies.

Ringworm is a type of fungus that infects hair, skin and claws of a dog. A dog owner can see bald patches and hair loss near the ear, head, limb and paws as a sign of ringworms. It is usually not itchy or inflammatory but can be a cause of concern for the dogs. A vet will usually shave the affected hair and apply ointment and medication to treat and control ringworm from spreading. Applying miconazole, terbinafine, and shampoo twice a week can also help. An owner should clean their house on a regular basis to reduce it from spreading and infecting other pets and humans.

Unlike in humans, hives or rashes is not very common in dogs and can occur frequent insect bites, a dog exposed to toxic chemicals, excess heat or sunlight. Wheals or eruptions start to appear within minutes leading to poor diet and fever. Hives usually disappear within hours but if it stays, a dog should be rushed to a vet for a checkup. Use of Benadryl and other antihistamines can be the best remedy, while it is important to clean dog habitat to reduce the risk of insect bites.

Atopic dermatitis is the second most common chronic skin disease in dogs. It can happen due to exposure to dirt, smoke, pollen, dust, mites and environmental allergies. It can be visible in dogs as young as six months but becomes apparent in dogs aged three and above. A dog owner might see Atopic dermatitis happening near ear, wrist, ankles, eyes, toes and underarm. Applying petroleum jelly on the affected area, using antihistamines to reduce itching and using moisturizer twice a day can help reduce irritation and skin disease.

Mange infection is caused by a tiny parasite known as mites that stick to the dog’s skin. Sarcoptic mange is contagious and can spread when dogs come in contact with other dogs causing inflammation and bald patches. Demodectic mange is not contagious but can cause similar bald patches. Antibiotics, antibacterial shampoo and medication to kill mites is usually the best solution.  A mixture of hydrogen peroxide mixed with borax in water applied once a week is an excellent home remedy.

Hypothyroidism is a genetic autoimmune disease that can cause adult-onset megaesophagus, obesity, corneal ulcers, and anemia. The thyroid glands produce low hormones that cause cancer in breeds such as golden retriever, Doberman pincher and Irish setter. Loss of fur, inability to tolerate cold, excess shedding, weight loss, and low appetite are some common problems a dog faces leading to aggressive behavior, dry skin, and restlessness. Levothyroxine, Soloxine, and thyroid hormone supplements twice a day can be sued to treat a dog, but the disease itself is incurable.

Malassezia is a form of yeast infection that results in inflammation, skin irritation and soreness in paws and ears. A dog will chew the paws, or scratch the infected skin regulating in wounds for some. One home remedy is to use coconut oil in food to kill candida cells that cause a yeast infection, while oral medication, ointments, and regular shampoo can also be of help. Paws and ear should be covered during treatment.

Impetigo is a superficial pyoderma bacterial infection and subcorneal pustular disease that is self-limiting and happens mostly affects the abdomen of puppies. Although non-contiguous, it should be treated as soon as identified. It can occur due to poorly managed and unhygienic pet shops or homes.it will involve physical investigation and sensitivity testing. The use of antibacterial medicated shampoos that include sulfur, benzoyl peroxide, and chlorhexidine twice a week for four weeks can be a good remedy. Additionally, clean padding and sheets or environment are critical for a healthy dog.

When to Take a Dog to a Vet: 7 Signs It’s Time to Make a Vet Appointment

4 Remedies for Your Dog That You Didn’t Know About

225+ Of The Most Popular Coton de Tulear Dog Names