1. Only 3 colours of Labrador are recognised by The American Kennel Club – Chocolate, Black and Yellow.

2. The Labrador is the most popular dog breed in America, followed by German Shepherds (2), Golden Retrievers (3) and Bulldogs (4).

3. The first dog to detect diabetic episodes was a Lab named Armstrong, according to Guinness World Records 2015. He was trained in 2003 to smell the chemical changes that happen when hypoglycemia (low blood sugar) occurs.

4. In 1903 the Labrador was recognised as a distinct breed by The English Kennel Club.

5. This area’s small water dogs were bred with Newfoundlands, producing a breed known as the St. John’s Water Dog, the ancestor of today’s Lab.

6. Confusingly, the Labrador breed originates from Newfoundland, and not Canada’s Labrador as many believe. They date back to the 1700s with the St. John’s dog, named after the capital city of Newfoundland. 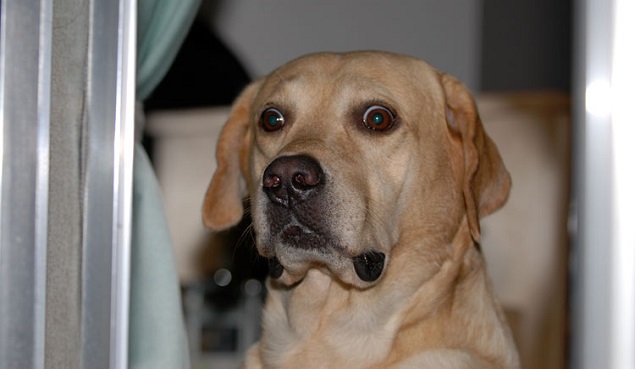 7. The third Earl of Malmesbury was the first person to call the dogs Labradors and the name gained popularity in North America.

8. According to the Book of Guinness World Records, the largest single-breed dog walk involved 700 Labradors on a 5km stroll in Warsaw, Poland, on the August 29 2010.

9. Their dedication to pleasing their owners is one of the main reasons why they are one of the most reliable and common breeds to be selected as therapy and rescue dogs.

10. The longest distance that a lost dog has walked to find his way home was a labrador/boxer cross named Jimpa, who turned up at his old home in Pimpinio, Victoria, after wandering a huge 3,218 km across Australia.

11. Labradors have an extremely high pain threshold, making them excellent dogs for rescue work. It also means if your Lab is in pain it can be harder to spot than other breeds.

12. The World Record for the most bottles recycled by a dog belongs to a Labrador. Tubby has recycled over 26,000 plastic bottles over the last six years in The UK by ‘collecting them on his daily walks, crushing them, and passing them to his owner’.