Kratom is an herbal extract from the Mitragyna speciosa tree and is widely popular for the myriad benefits it offers. Even though Kratom users have said it helps them fight body pain, the Food and Drug Administration and the Drug Enforcement Agency have yet to confirm the use of the botanical substance for this purpose but has does  not changed the fact.

It can be challenging to find reliable information about Kratom. Here at buzzsharer.com , we know it is vital for consumers to be informed as much as possible, and we want to make that process easy. Whether you have taken Kratom in the past or are just interested in learning more about it, our buyer’s guide can help you figure things out.

Kratom comes in various forms, including Kratom powder, capsules, and extracts. Many Kratom users who take in powder form mix it with their favorite drink, such as tea or juice. Others use the toss and wash method to take it, which involves scooping a spoonful of the powder into the mouth and washing it down with water.

To understand the capricious mentality surrounding Kratom, it is paramount to identify the myths associated with it, its effects, and the risks it may pose to the health of individuals who use it.

Kratom use may exhibit adverse effects on the functionality of the user’s body. The type and severity of the effects depend on several factors, including the type of Kratom used, the age and weight of the user, frequency of use, and the general genetic makeup of the individual.

However, a consensus has been reached that Kratom and its strains can be used to increase the body’s energy levels, induce euphoria, and to alleviate chronic pain. Remember, this plant extract has been in use for centuries, and even though there isn’t sufficient scientific peer review  evidence to conclude that the herb itself is useful, individuals have been using it to defeat body aches and boost energy levels for thousands of years.

History has shown that farmers of ancient tribes used mild forms of Kratom extract to boost their energy before going to work in the farms. This has carried forward to modern-day activities, with people preferring to use it to boost energy so they can remain productive at work.

Some Kratom strains are more potent than others when it comes to boosting energy. Some strains that boost energy include Maeng Da Kratom, White vein Thai Kratom, and Green Malay Kratom.

An online survey conducted recently and published by ScienceDirect found that regular Kratom users tend to be middle-aged people living with pain. It could be attributed to the fact that Kratom, taken in moderation, does offer pain relief without the adverse side effects associated with substances like morphine or other members of the opiate family. People experiencing opioid withdrawal symptoms also benefit from using Kratom.

Kratom has been known to increase mood and facilitate relaxation.  The effects induced are not always positive. Kratom increases the skin’s sensitivity to sunshine and irritability, while also causes dehydration through increased perspiration and urination. The digestive process is also disrupted, leading to loss of appetite, nausea, and constipation. 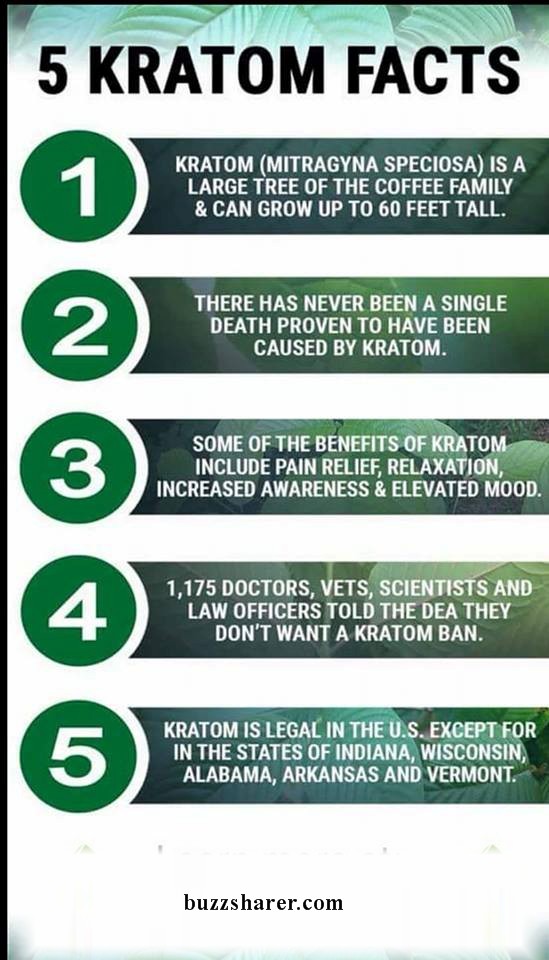 The risks associated with Kratom are exasperated by the frequency of usage and the amount of the product consumed.  In small amounts, it may not exhibit huge risks. However, when taken in large doses, one can experience insomnia, seizure, and even comas, even though it might be attributed to something else since Kratom users have been known to take other psychoactive drugs to.

A common misconception associated with Kratom is that, since it is an herbal extract, it is safe for consumption.  These notions, however, may pose severe ramifications because research has not provided enough evidence to substantiate this claim.

According to the Drug Enforcement Agency, people who abuse Kratom can get addicted to it. Kratom abuse can also result in psychotic symptoms like confusion, delusion, and hallucinations. There are so many places online and stores to buy this natural supplement from but we recommend  Kingdom Kratom , where you can find Kratom powders that you can use for relieving pain, enhancing mood, and increasing energy, among other reasons. They  have a large variety of Kratom powders to choose from, including White Maeng Da, Green Maeng Da, Super White Borneo, Super Green Kratom, Red Bali, and Gold Bali. We are reviewing other vendors and this article will be updated as soon as we finish our due diligence

Kratom is relatively safe to use for pain management and increasing energy. However, before using Kratom, you should speak to your doctor first or those who are on it. Some pain clinics have come up with techniques meant to treat pain. When buying Kratom, it is essential to choose a reputable vendor like Kingdom Kratom to ensure you get unadulterated pure Kratom products.