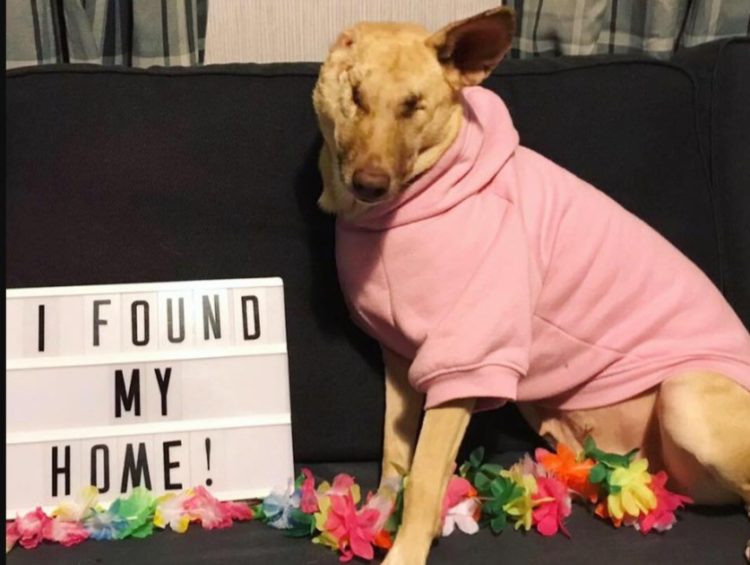 The world can be a very cruel and hateful place at times, and often, this is seen in the way that humans treat animals. There are people who take pleasure in hurting and abusing animals, preying on their vulnerability and taking solace in the fact that the poor and abused dog cannot fight back. If you check criminal records online, you will be amazed at the number of people who get convicted for animal cruelty.

Maggie Survives Being Shot at 17 Times and Becomes Inspirational Therapy Dog. Despite the worst injuries inflicted on this poor, hapless pooch, she has shown an inner strength that nobody could even have imagined. It was a couple of years ago when  Maggie, was found in a terrible state in Lebanon. The poor animal had been shot no fewer than seventeen times. In addition, one of her ears had been cut off and someone had shot both of her eyes out. On top of all this, the poor dog, just a few years of age at the time, was pregnant. It is hard to imagine that anyone could inflict such cruelty on any other being, yet this is exactly what happened to Maggie.

Gone from Strength to Strength 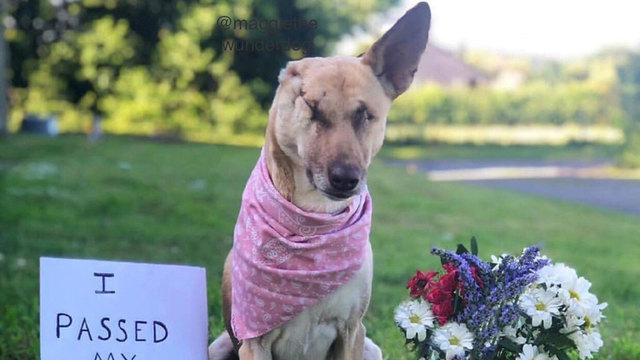 It is difficult to work out how any creature could survive such cruelty and abuse, yet this is exactly what Maggie did. Not only that, but she learned to trust in humans again and went above and beyond by becoming a registered therapy dog. Maggie, now aged six, brings joy and hope into the lives of humans, despite having been so badly treated by them previously. She has become something of a celebrity in her own right, with an Instagram account that boasts tens of thousands of loyal followers.

So, how did Maggie go from being found in such a dreadful state with minimal chance of survival to becoming the inspirational dog she is today? Well, thankfully, when she was found in Lebanon, an animal charity stepped in to help. The Wild at Heart Foundation heard about the plight of the dog and immediately offered their assistance. From there, Maggie’s story spread, and it wasn’t long before an animal lover from the UK came forward to adopt Maggie, who then moved to Brighton in the UK. 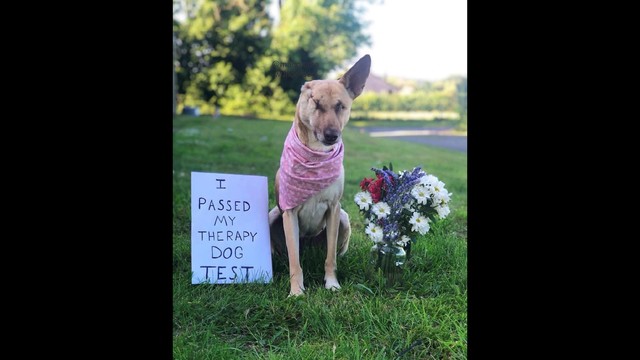 It was a long and difficult journey for Maggie, not least because of the difficulties the charity faced when trying to get her out of Lebanon where she had been found. However, with perseverance and determination, they finally managed to get her out and helped her to restart her life in the UK with support and love all around her. After a campaign lasting six months, Maggie was ready to start her new life, and she embraced it with all four paws!

“I can’t say just one. Her happiness, confidence, love, ability to forgive? The way she ‘looks’ straight into the face of whoever she meets. The way she gives her entire heart to strangers. Her calming aura? The way she instantly knows how to act with different people depending on their needs and abilities,” Carlin said. 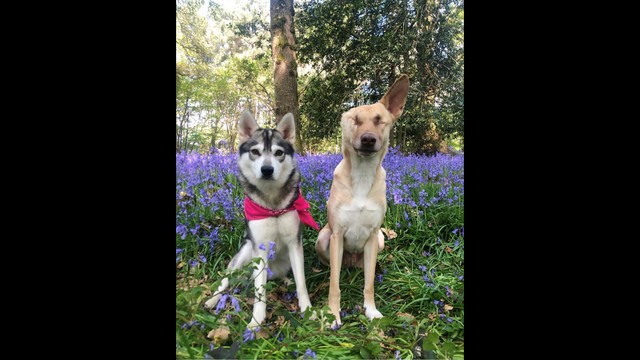 “The way she has forgiven people, when the last thing she saw in this world was a human. Then complete darkness and unimaginable pain as she was shot in the eyes four times plus being shot throughout her little body,” Carlin added. “I think that has to be the most amazing thing about her. I still can’t explain how she has managed to forgive like that. She doesn’t need eyes because she’s learned to see with her heart.”

Despite the horrific nature of her injuries, Maggie managed to train as a therapy dog, and she now visits hospitals, care facilities, and even universities in order to bring happiness and joy to others while also spreading positivity. Known as Maggie the Wunderdog, this pooch never ceases to amaze her fans and her family with her positive attitude despite the pain and suffering she has gone through. 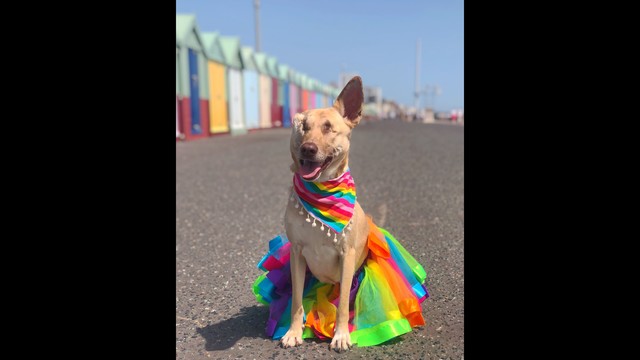 Since starting her new life, Maggie,  has developed lots of energy and, although physically scarred and disabled from her injuries, she is now perfectly healthy in other ways. She has become a very loving and loyal dog who is gentle and trusting, which is difficult to believe considering the trauma she was put through.

Things You Should Never Forget Before Adopting a Pet