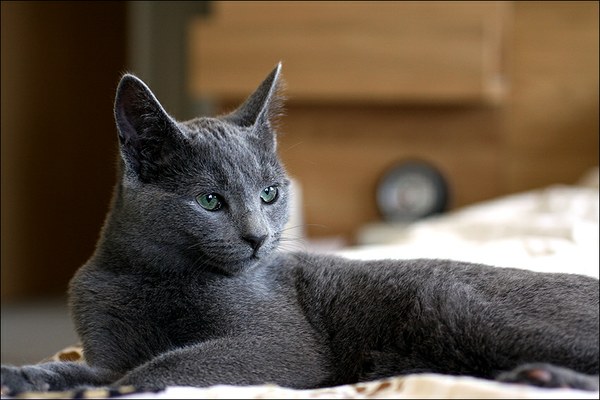 At first glance, the blue-gray “Russian Blue” has a resemblance to the Carthusian or blue-gray British Shorthair cats. But if you take a closer look you will see that these cat breeds are by no means to be confused!

Russian blue is not just Russian blue. Today there are three main breeding branches known in Europe, due to their respective histories they differ from each other immensely.

The Siberian / Scandinavian type is a bit smaller, particularly elegant, and has ears that are set wide apart. The rather dark-colored type is rather shy of people and is therefore not bred very often.

The American type is the most elegant of them all. Medium-sized with a rather lighter color and very wide-set ears, he is particularly sociable and also fond of strangers.

The English type is rather stronger. Particularly outstanding is a rather narrow, vertical ear position of Russian blue from the English breeding branch. In terms of character, cats of this type lie between the Siberian and American breeding branches.

In Germany there are mainly mixtures of these breeding branches – this is definitely desirable in order to preserve genetic diversity!

But why do the respective breeding branches differ so greatly from one another? The reason can be found in the breeding history of the Russian blue cat. As the name suggests, the Russian Blue comes from Russia. It is believed that it occurred as a natural breed in the northern Russian port city of Arkhangelsk and was introduced to England by British sailors from there around 1860. It was presented as the “Archangel Cat” in 1875 at the Crystal Palace in England. In the 19th century, the breed was popular in both England and the Russian Empire. The Russian blue cat has been recognized as an independent breed since 1937. With the onset of World War II, the population of Russian Blue was extremely decimated, but the breed was saved by crossbreeding with Siamese cats, British Shorthair and European Shorthair. This made the Russian blue cat’s fur shorter and thicker, and its eyes deep emerald green.

But the breeding story has not come to an end! There are still efforts to have white and black Russian blue recognized. The “Russian White and Black Program” was founded in England in the 1960s: Frances McLeod of Arctic began to breed “Russian White” and “Russian Black”. The Australian Mavis Jones mated a white house cat with a Russian blue in the 1970s. Their goal was a new color variant of the breed, the “Russian White”. In the late 1970s, these Russian-blue hybrids were recognized as a color variant of Russian blue by the Royal Agricultural Society (RAS) Cat Club of New South Wales. In the meantime, the black and white variants of the Russian Blue have also been recognized in breeding associations in Australia, New Zealand, and South Africa. The American Cat Fanciers Association now grants the “Russian Black” and “Russian White” champion chip status, where they are listed as the “Russian Shorthair”. Its breeding standard corresponds to that of the Russian Blue, but it can also be monochrome black or monochrome white. The eye color must correspond to a bright green as with the Russian Blue. The majority of the breeding associations still only recognize the blue-gray variant of the Russian Blue. 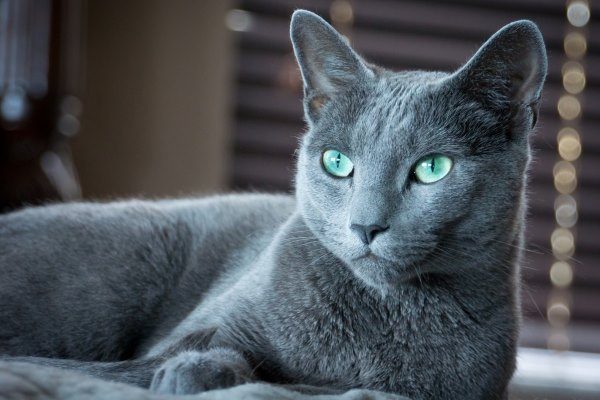 The Russian blue cat’s physique is graceful. The long-legged, medium-sized cats with a weight of three to five kilograms differ so immensely from the rather squat physique of the British Shorthair. On the other hand, it looks more similar to the Carthusian cat – if it weren’t for the eyes, which are yellow on the Carthusian, but bright emerald-colored on the Russian blue. The head of the Russian Blue is wedge-shaped, eyes and ears are wide apart. The pronounced whisker cushion on the face of the Russian Blue is particularly characteristic, which gives it a particularly representative facial expression.

The soft fur of the Russian Blue stands out particularly. The blue-gray coat with a silvery sheen is after all eponymous for the breed! Any shades of fur, spots, or tabby markings are undesirable according to the breed standard. Even the nose mirror and balls of the feet should ideally be blue. Although white and black color varieties are also bred nowadays, they have not yet been recognized by all-breed clubs. Russian blue kittens, however, are often born with a ghost drawing, which should give way to a single-colored coat without drawings after a year at the latest. Apart from the color, the silky texture of the fur is also unique: the outer hair and undercoat of the Russian Blue are of the same length – this creates a short, soft coat with a plush texture. The Russian Blue is the only known breed of cat with such a double coat!

Are you looking for a particularly affectionate, intelligent cat? Then you should be enthusiastic about the Russian Blue. Russian blue is considered cuddly, moderately active cats. While they are often playful and very temperamental as kittens, this changes as they grow up. Then the fun-loving, lively kittens will become gentle, confident athletes. That is why they are often offered as perfect for housing. But be careful: The Russian Blue is particularly intelligent and wants to be challenged and promoted! Opening doors or pushing open the food drawer is no problem for most Russian Blues. This cat wants to be kept busy so that it doesn’t get stupid thoughts – and because it is particularly people-centric, it especially loves games with people. Target training and education with the clicker are just two ways to steer a Russian Blue’s joy of exploration in the right direction. The eager-to-learn cat loves intelligent toys just as much as foraging games. Many Russian Blues even seem willing to learn circus tricks, although this depends immensely on the personal character of the cat. Speaking of which: Did you know that Francis, the main character in the well-known crime series “Felidae”, is a Russian blue tomcat?

As family-loving cats, Russian Blue should by no means be kept alone. Especially when it comes to keeping them in the apartment or with families who are rarely at home, it makes sense to give two cats home at the same time. This does not necessarily have to be a Russian Blue, because the Russian Blue cat also behaves in a friendly, relaxed, and confident manner towards other cat breeds. As with all cats, thorough socialization of both cats is a must so that they can socialize easily. Anyone who purchases their Russian Blue from a professional breeder should therefore value good parenting and not remove their cats from their home before they are twelve weeks old. 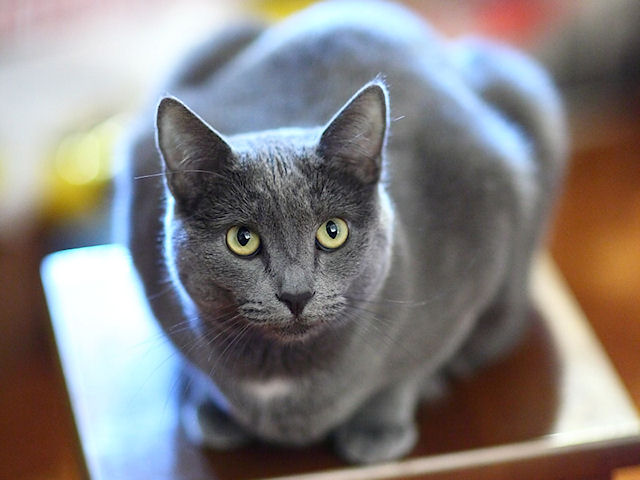 The Russian Blue hardly loses any hair due to its unique, double coat. This and the fact that it produces less Fel d 1 glycoprotein makes it particularly suitable for those with cat hair allergies. Glycoprotein is just one of the triggers for cat hair allergies – although the lower production ensures that Russian blue is better tolerated by cat hair allergy sufferers in many cases, it does not make it a hypoallergenic cat. The Russian Blue’s double coat may be special, but it is not particularly cared for. As a rule, brushing the cat once a week is enough to remove excess fur.

As with all other cat breeds, the annual check-up at the vet is a must. It’s not just about vaccinations that may be due. The check-up also includes listening to the heart and lungs and looking into the cat’s mouth in order to identify any tooth decay at an early stage.

Russian Blue is said to have a relatively quiet, calm voice. This and their friendly, people-oriented character make them ideal animals for housing. However, one thing should not be forgotten: Russian blue is an extremely intelligent animal that wants to be challenged mentally and physically! A varied environment with enough opportunities for climbing, romping, hiding, and resting is, therefore, a must. The Russian Blue loves to occupy herself with her human being – let the game fish spin, hide treats in intelligence toys, and maybe even read your way through clicker training! 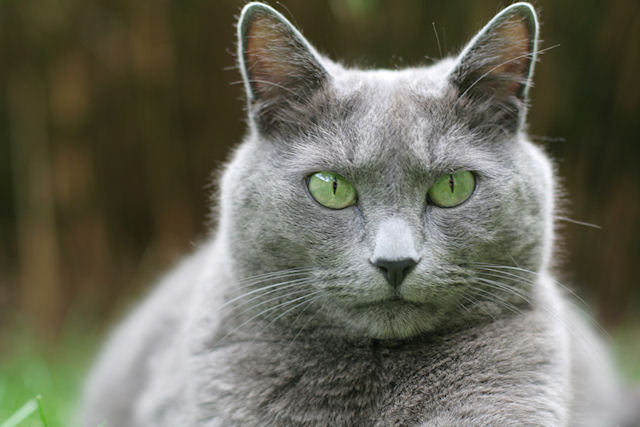 The Russian Blue is considered to be very robust. It seems like the known hereditary diseases are passing this breed by. Nevertheless, the annual preventive medical check-up is a must, because even a Russian blue cat is not safe from injuries and diseases that are typical for cats! Outdoor cats should be vaccinated from kitten age in order to achieve early immunity against known infectious diseases such as cat disease, cat flu, and rabies. 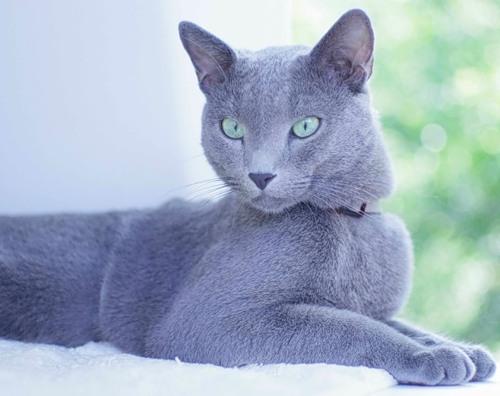 A species-appropriate diet is also essential to keep the cat healthy. As carnivores, cats can only use carbohydrates to a limited extent and their diet should consist of high-quality animal proteins. Ready-made food with a high meat content and little plant-based ingredients are ideal for giving your cat a healthy diet. Many cat owners are now also concerned with the subject of BARF, the “biologically appropriate raw feeding” for the cat.

Have you fallen in love with the gentle athletes with blue fur? Russian blues are now being bred across Europe and there are many professional breeders who care about their cats’ welfare.

However, if you want to give a Russian Blue home, you have to put between 500 and 700 dollars on the table. These are not “exorbitant prices”. Cat breeding is an expensive hobby! Responsible breeders value regular health care and species-appropriate nutrition for the parent animals. It is skilfully mated to avoid hereditary diseases and to obtain kittens that correspond to the breeding goal of the Russian Blue. The mother cat receives veterinary care during pregnancy. Once the kittens have arrived, it goes on: Several visits to the vet for preventive health and vaccination, possible castration, good cat food, a varied environment. Of course, all of this costs. Then there is the emotional effort. A breeder is there for his cats around the clock – even on the weekend or in the middle of the night! It is important to him that his kittens have enough time to grow up. That is why he does not give them up until they are twelve weeks old. In this important “development phase” the kittens learn everything that is important to the cat from their mother, try out games and struggles with their siblings, become human-centered beings through friendly contact with the breeding family, and are then ready for a long, healthy cat life!

Those who do not value papers and a family tree often shy away from going to the breeder. Nevertheless, please refrain from so-called “multipliers” who offer inexpensive “pedigree cats without papers” on the Internet or in the classifieds area of ​​the local newspaper! In most cases, these are unprofessional breeders for whom the motto “quantity instead of quality” is in the foreground. Here, skillful mating and the health of the animals are rarely important. Because responsible breeding is an expensive hobby. Those who care about the well-being of their cats incur certain costs that have to be covered by the purchase price of the pedigree animal. The local animal shelter is an alternative. Many cats of all ages are looking for a good new home here! You are guaranteed to find a human-related being here, whose character corresponds completely to the sovereign Russian Blue. Pedigree cats often end up in the shelter too, so it’s worth a try! 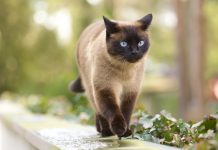 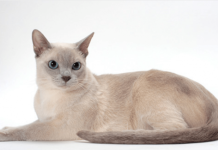 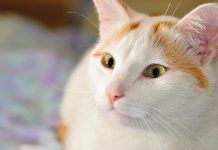 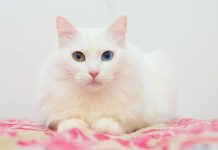 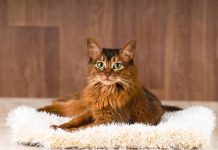 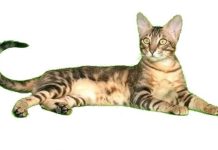 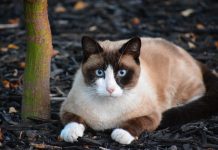 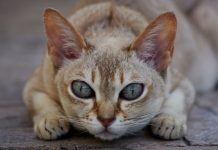 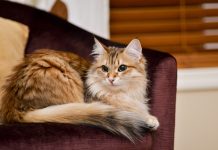 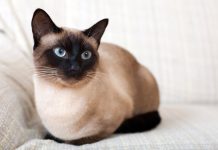 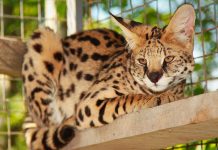 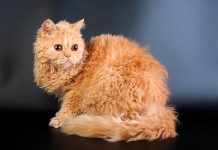