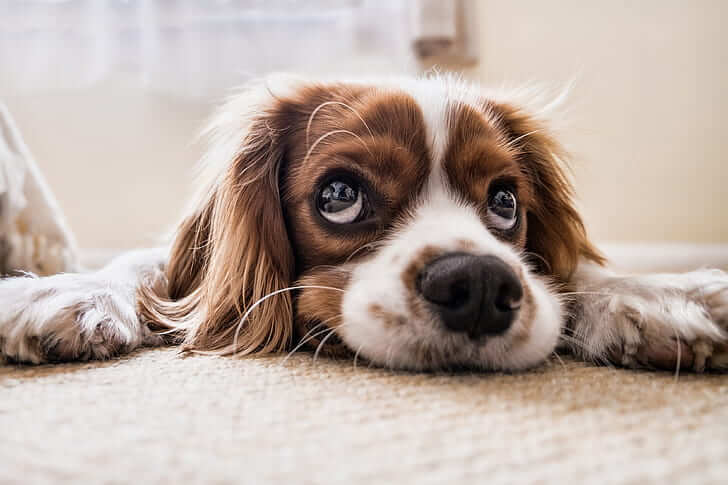 Today, on the Web, in cynological publications, and just on the street, you can see cute spaniels with sad smart eyes of the Cavalier King Charles breed. But it is especially interesting to contemplate the old paintings of the Renaissance and Enlightenment (and later periods), painted by such masters as Anthony Van Dyck, Thomas Gainsborough, Joshua Reynolds Sargent, and others. The canvases, which are more than several hundred years old, depict beautiful high society, and sometimes even royalty, and at their feet, there are dogs exactly like modern Cavalier King Charles Spaniels. 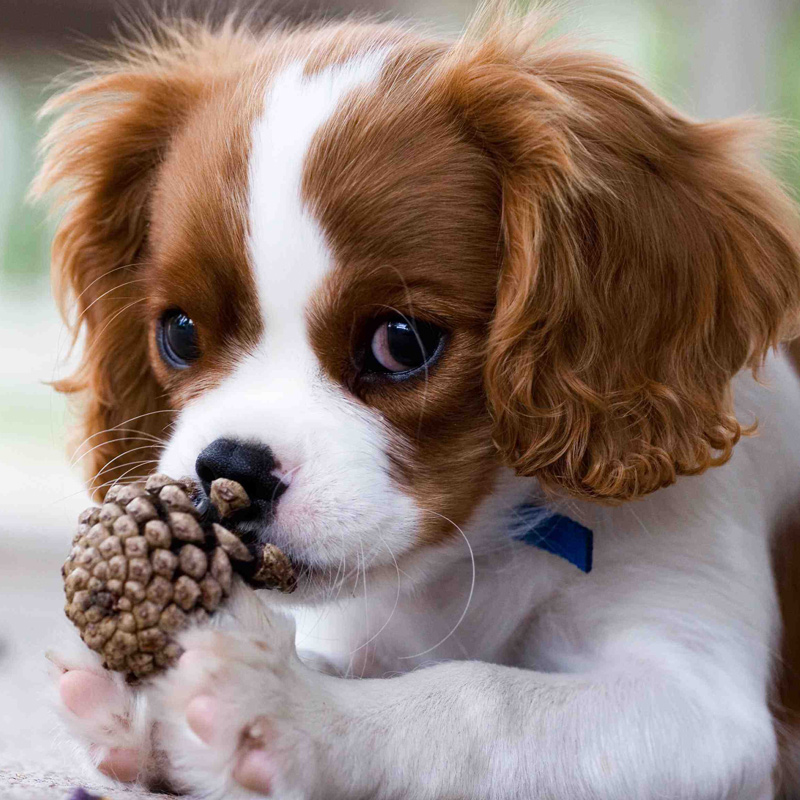 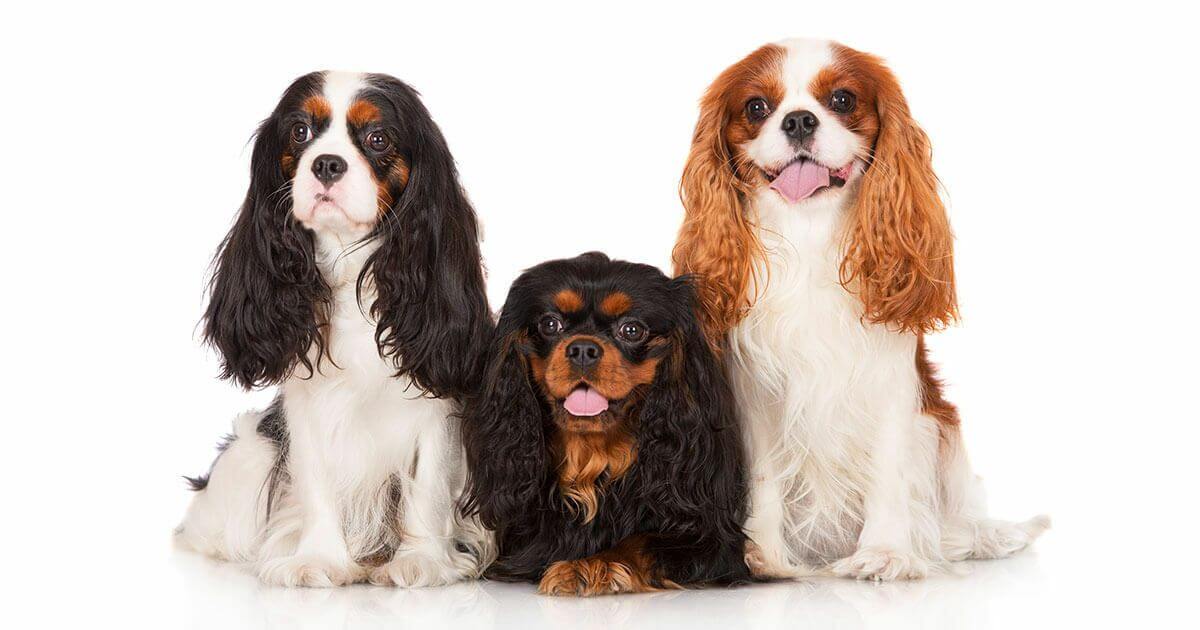 Big-eyed decorative dogs with the aristocratic name of the breed Cavalier King Charles Spaniel, who once made up the company of people from the upper society of Great Britain, today get along well in ordinary families around the world. These dogs are good-natured, they perfectly establish contact with people and with other animals. In some cases, hunters take cavaliers as assistants during the extraction of medium-sized game, but most often they are domestic friends, companion dogs. The compact size and lightweight of these spaniels allows them to be kept in a small living space, which is also important (especially for residents of megacities).

So, Cavalier King Charles Spaniels are small, proportional dogs, whose weight ranges from 5 to 8 kg, height – 25-35 cm. The shape of the head in the ears is flat, the muzzle is small, tapering towards the nose. A distinctive feature of these dogs is large and protruding, wide-set, round eyes. The ears of the gentlemen are set high, drooping, with an elongated coat. Scissor bite. The neck of dogs is medium in length, has no dewlap, smoothly passes into the shoulders. The body is stretched, the back is straight, it turns into a smoothly sloping dog’s croup. Legs are straight, parallel, paws are small in size. The tail is set low (sometimes docked). The coat is long, sometimes slightly wavy, on the ears, paws, tail, especially long, characteristic of the breed. The color of dogs can be 4 colors: ruby ​​(red), Blenheim (red marks on a white background of wool, extending not only to the body but also to the eye area and the lower part of the ears with a white gap between the eyes), tricolor (black marks on white background wool with a white blaze between the eyes and reddish markings in the area of ​​the eyes, cheekbones, inner side of the ears, tail, legs) and black and tan (reddish markings above the eyes, on the inside of the ears, on the throat, chest, on the front legs from knees to paws, on the hind legs from the inside to the tips of the paws, at the bottom of the tail). 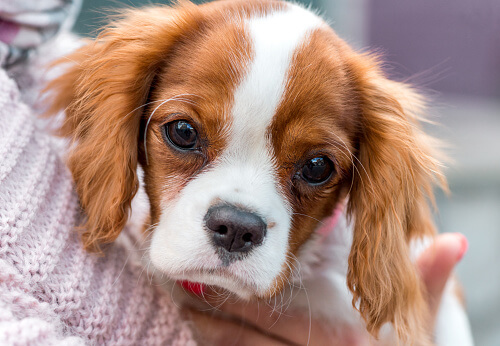 In fact, these dogs have a very rich history, and the Cavalier King Charles Spaniel breed is inextricably linked with another breed – King Charles Spaniel. The popularity of toy spaniels in Britain began around the 15th century, and the first mentions of similar small dogs accompanying noble and royal persons everywhere appeared in the 13th century. It is not known for certain what breeds of dogs were the ancestors of the English toy spaniels, since according to one version of these small dogs were brought to Britain by the Celts from the Iberian Peninsula in the 9th century, according to another version, such dogs (which are descendants of the Pekingese) were imported from China at the same time period. According to the third version, toy spaniels were brought from Italy in the 13th century.

In the 15th and 16th centuries, toy spaniels became so popular in the British Isles that even royalty did not shy away from allowing these dogs into their luxurious living rooms. For example, spaniels were in the Tudor dynasty – the English king Henry VIII, Queen Elizabeth I. Spaniels were especially loved during the reign of the Stuarts – King Charles (Charles) I and his son Charles (Charles) II. It is believed that it was in honor of Charles II that the breed got its name (King Charles Spaniel) since this ruler was so attached to small dogs that they were allowed to enter the royal chambers, churches, and the British House of Commons. Until the 19th century, King Charles Spaniels were not only close to the court, but also accompanied the monarchs during audiences and festive events. In the second half of the 19th century, short-faced dogs began to gain popularity, during which King Charles began to interbreed with pugs and Chinese Chins. The result of this relationship was a significant change in the appearance of King Charles – a short muzzle, around the forehead and low set ears.

The former King Charles (so beloved by the English royal dynasties) has become a curiosity. And only in the second half of the 1920s, English breeders led by R. Eldridge began to carry out systematic work to preserve the traditional “old” appearance of King Charles – flat-faced and long-faced. The best individuals were selected, which gave new life to the breed, undeservedly forgotten. The “new” breed, which, in fact, was centuries older than the “old” one, was named Cavalier King Charles Spaniel (thanks to Charles II and his fellow Cavaliers). 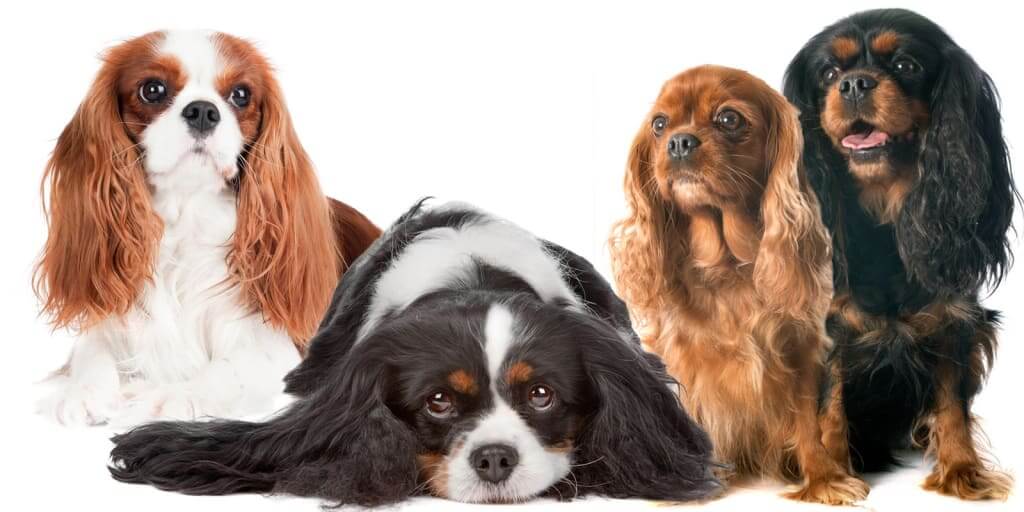 Cavaliers are smart enough, good-natured, emotional, and loyal to the owner of the dog. They are balanced, tolerant of guests at home. An innate sense of friendliness towards people will not allow them to become guards, although they love to bark. Cavaliers certainly need communication and daily tactile contact with the owner. A bored dog can seriously suffer: get depressed, howl around, become aggressive. Puppies, accustomed to society, are playful, obedient, kind to children and animals. Perfectly amenable to training, perceiving the owner’s commands as a game. In short, these dogs are great for a family with a calm lifestyle. The main need for gentlemen is communication with their dear owner. These dogs do not try to take the palm in their paws, so the owner of the gentleman can be a person of soft nature and not a leader with strict rules.

Cavalier King Charles Spaniels do not tolerate the harsh climate, temperature changes, and dampness very well. Therefore, their personal space should be within the boundaries of the house or apartment. And thanks to their diminutiveness, it is quite easy to carve out a comfortable corner without drafts, equipping it with a stove bench, dishes, and toys for games (and, possibly, a tray for the first time, when the puppy is not yet used to walking, making puddles and heaps).

These dogs cannot be called overly active, although daily walks are naturally necessary for them. At home, they behave “culturally”, but with a lack of attention from the owner and a rare promenade, they can do a little dirty trick, for example, gnaw on shoes or furniture, and these dogs, with low mobility, quickly gain weight. That is why it is worth giving these animals the opportunity to walk on a leash every day for at least an hour.

The thick luxurious coat of gentlemen should be combed out with a stiff brush and a slicker daily (or at least a couple of times a week) to avoid tangles. Thick hair between the pads can be trimmed neatly. Often, animals are sheared, shortening the so-called decorating long hair. You can resort to the services of a groomer, who will explain exactly how best to care for the gentleman’s coat.

Caring for the ears (long ears with luxurious hair in dogs of this breed require careful care), the teeth and claws of a pet can also be entrusted to a specialist or performed independently. Particular attention should be paid to the eyes of these animals since cavaliers often have eye inflammations. Bathing of dogs is carried out no more than 3 times a year with shampoo for long-haired dogs.

Cavaliers are unpretentious in food, it is enough just to choose a menu for them that will be rich in vitamins and minerals, whether it be natural food or ready-made industrial feed. The dog should always have a bowl of clean water available for drinking. 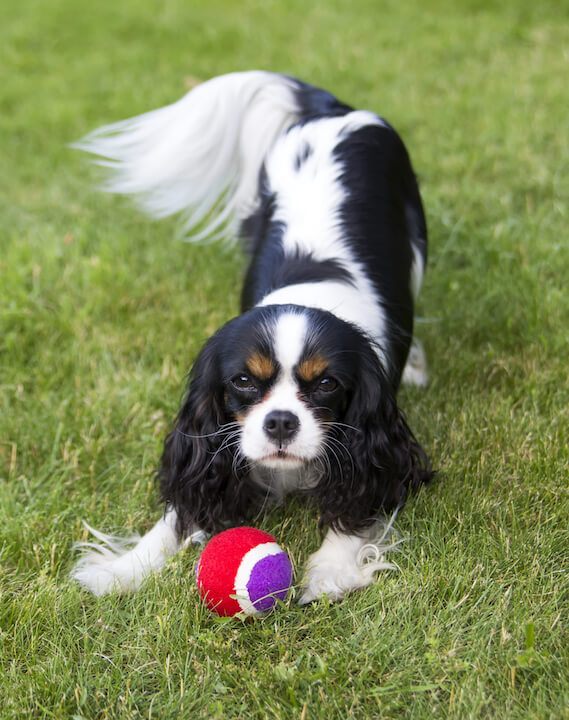 Good traits for the gentlemen in the training process are obedience and lack of stubbornness, characteristic of most breeds. Even inexperienced owners can, if desired, instill in their dog of such a breed the skills necessary for a comfortable existence in society. Kind attitude, encouragement for a perfectly executed command, absence of excessive stress – and the dog will become obedient, will not bring headaches to the owners, and annoy neighbors.

But a dog from an early age should be taught the rules of good behavior, socialization. To do this, it is worth stopping the puppy’s attempts to chew on something, make puddles in the wrong place, overly annoy all family members with his company, climb into bed, beg for goodies from the table, and so on. And also the puppy should be accustomed to the noises of the city, other animals, small children, should not be afraid of everything or show excessive curiosity about potentially dangerous objects.

When the baby boy adapts enough and gets used to the new home (and the owner earns the puppy’s trust), you can take a general course of obedience with the dog. In the process, the animal will acquire the following skills: endurance, calling to the command “to me”, walking “beside”, executing the commands “sit”, “lie down”, “stand”, “place”, refusal to eat from the ground or from the hands of a stranger on the command “fu”, the dog will be accustomed to the muzzle. 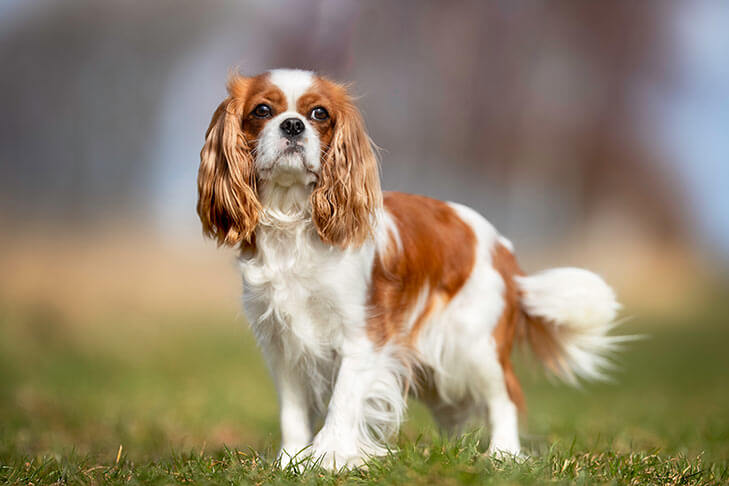 Cavaliers faithfully serve their master for about 10-12 (rarely 15) years. This breed is considered quite strong in terms of health (if we are talking about a dog with documents purchased from a respectable breeder). However, these ornamental spaniels can also have congenital and acquired diseases, the most common of which are: Legge-Perthes disease (a hereditary disease typical for small dogs, consisting of destructive processes of the femoral head), dislocation of the patella (congenital or traumatic in nature, in which there is a displacement of one bone relative to the articular surface of the other), epilepsy (genetic or acquired disease, neurological dysfunction of the brain), herniated discs (prolapse or protrusion of the intervertebral disc into the lumen of the spinal canal), hydrocephalus (a large accumulation of cerebrospinal fluid in the cerebral ventricles), congenital and acquired eye diseases (increased eye pressure – glaucoma, eyelid volvulus, lens opacity – cataract), otitis media (ear inflammation), heart failure (congenital, acquired or age-related). 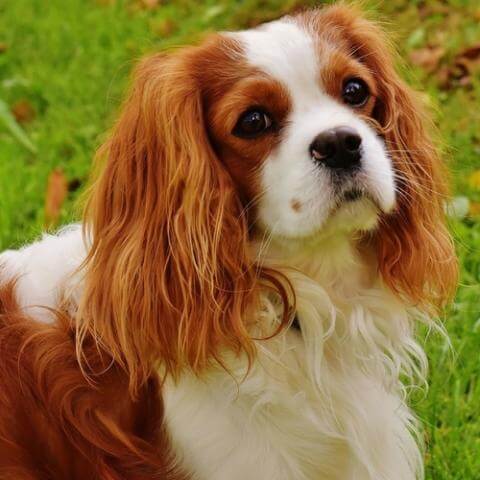