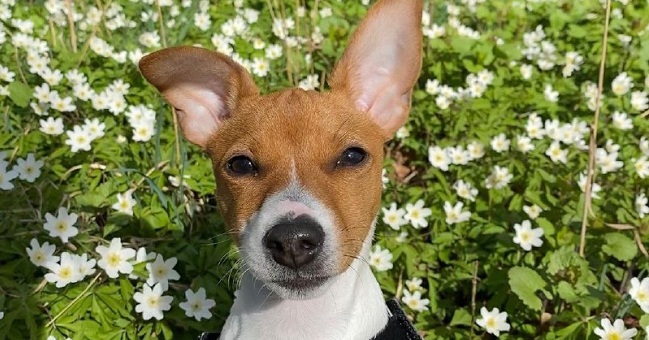 The American Toy Terrier is a breed that has gained popularity relatively recently. This is not surprising, because these sociable and playful dogs very quickly win the hearts of new owners. This variety of toy terriers is in many ways radically different from their counterparts. They have many special features.

Contents hide
1 History of the Breed
2 Character Traits
3 Differences from Other Toys
4 Accepted Standard
5 Life Expectancy and Health
6 How to Care?
7 How to Train Correctly?
8 How to Feed?
9 How to Choose a Puppy?
10 Conclusion and Conclusions 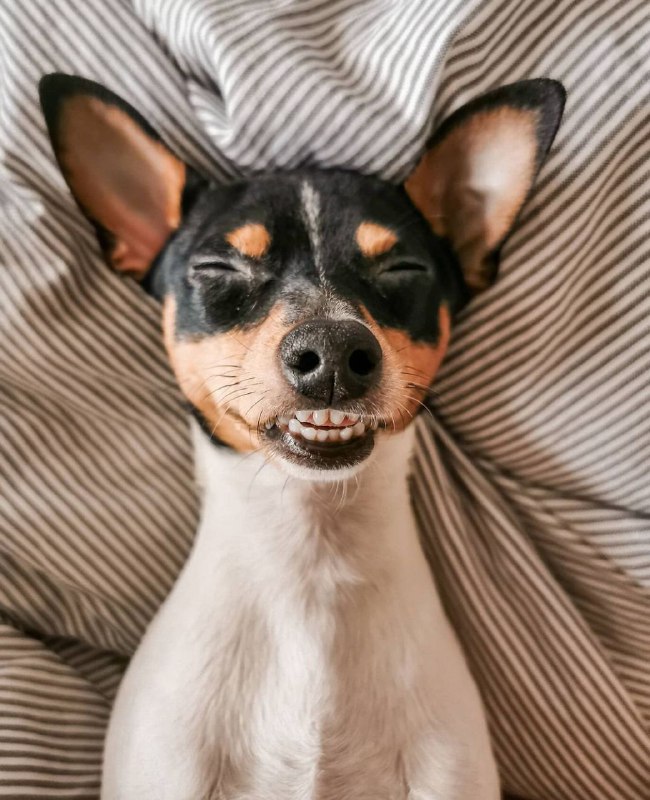 The breed originated in the United States in the 30s of the 20th century. Its appearance was associated with the wide distribution of circus performances at that time. Corpses traveled around the country, and small dogs had to perform one of the main tasks – to destroy rodents.

Also, this breed was an excellent hunting companion. The dogs were fast and agile, which made it possible to successfully catch or drive various small animals towards the owner. Despite the fact that the breed existed for a long time, it did not receive worldwide recognition for a long time. Only in 2003 was it approved by the American Kennel Club. 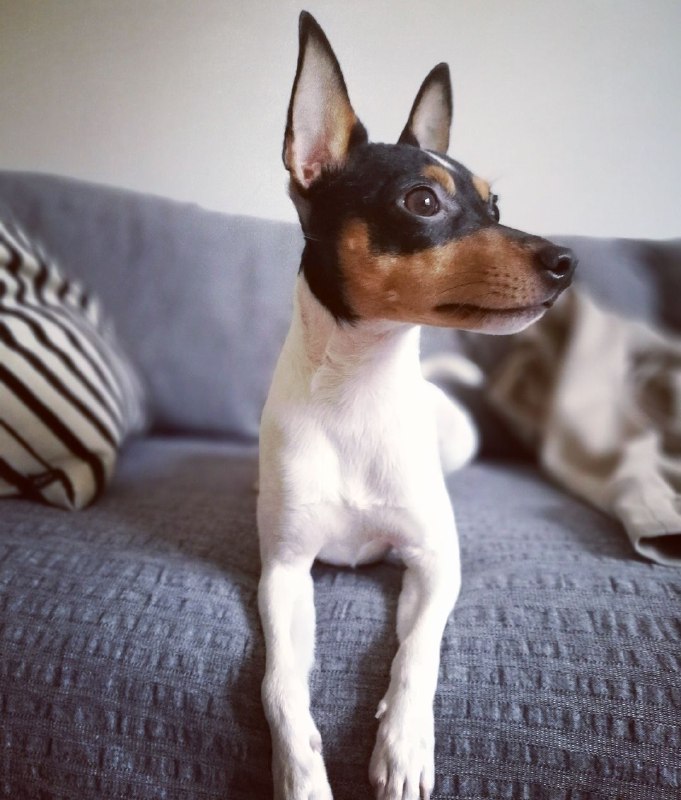 These dogs are distinguished by activity and cheerfulness that accompanies them throughout their lives. They are very smart, love different tricks, so education will not be superfluous.
Despite its small size, the breed is distinguished by its courage and vigilance. The dog can, without hesitation, defend the owner, even if the threat is several times greater than him.
Amertoi (short for American Toy) get along well with children, but will not tolerate bullying from toddlers. Therefore, communication between a child and a dog should always take place under the supervision of parents, so that if something happens they can stop the baby’s wrong behavior. Also, the dog is distrustful of strangers.
Since the breed is primarily a hunting breed, the zeal for loud barking, digging holes in the yard and on the street was transmitted to it. Dogs will perceive little ones and rodents as prey in the house, so you should not tempt a pet but think before introducing other animals in the house. Considering that it is now a decorative breed, the Amertoi love to be in the spotlight. They like communication and affection, they do not tolerate loneliness.

Various characters and temperaments can occur within this breed. They all lend themselves to adjustment, so you can always turn your dog into the pet of your dreams.

Differences from Other Toys 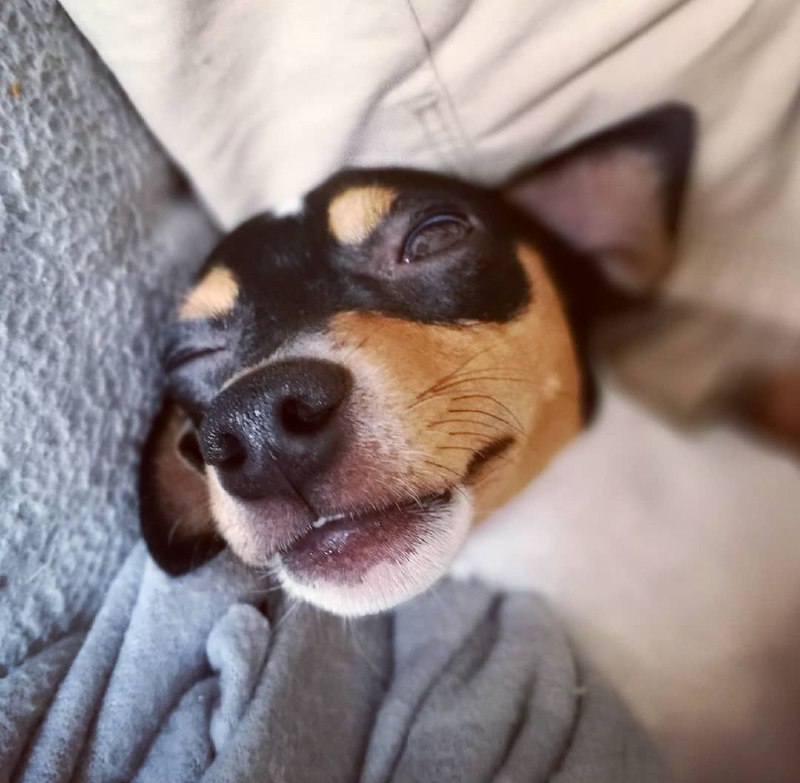 The American toy differs from its counterparts in some traits not only of character but also of the exterior: 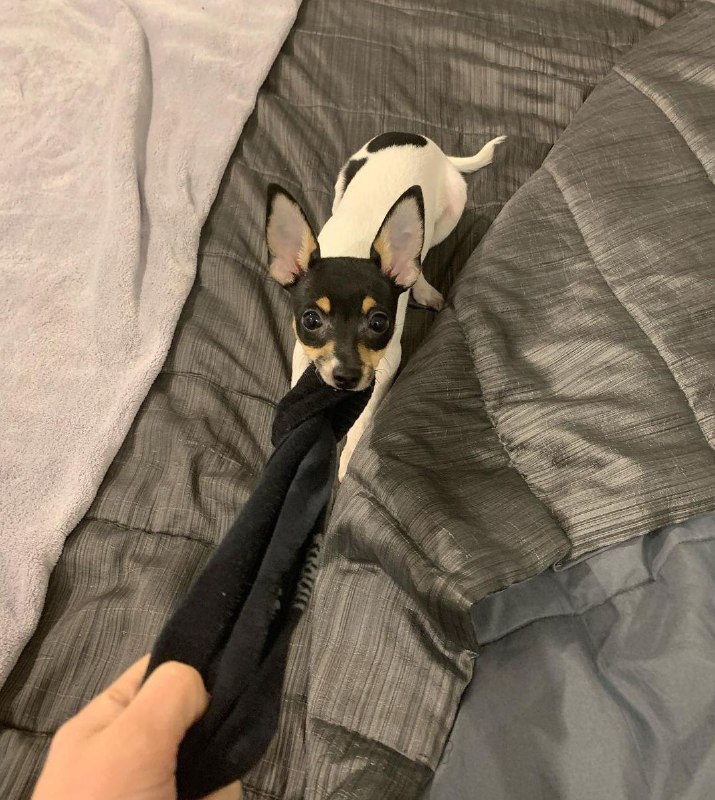 A distinctive feature is the ears. In adult representatives of the breed, they are large and thin, resembling a leaf or bat ears. 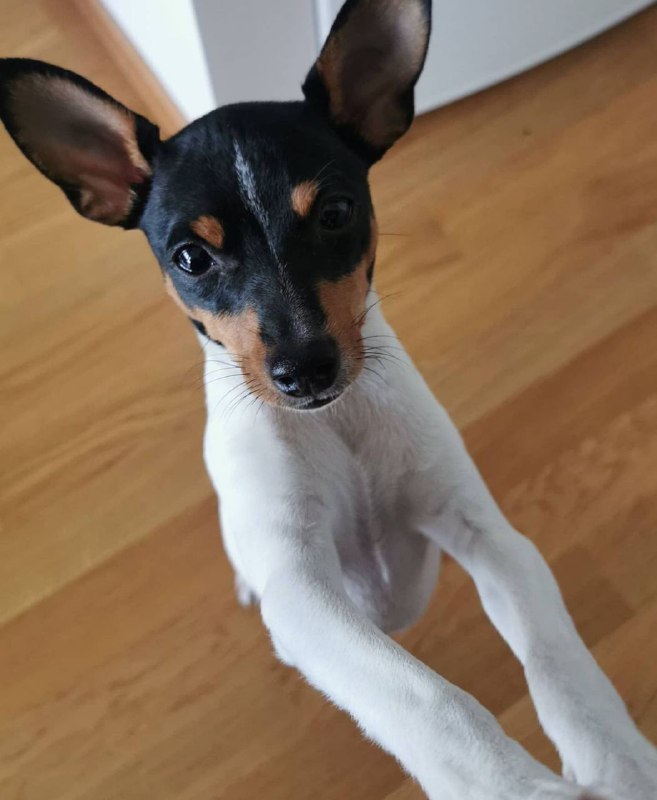 This breed lives for 12-14 years if you properly care for and feed it. She is in excellent health. It is very rare for Amertois to get sick if their parents were also healthy. But the slender limbs of dogs can be prone to joint disease.

Also, Amertoi can get sick:

Breeders recommend being vigilant in the spring – this is the time when fleas and ticks wake up. Therefore, carry out the treatment in a timely manner, the flea collar is also suitable for this period – it will make the protection even more reliable. 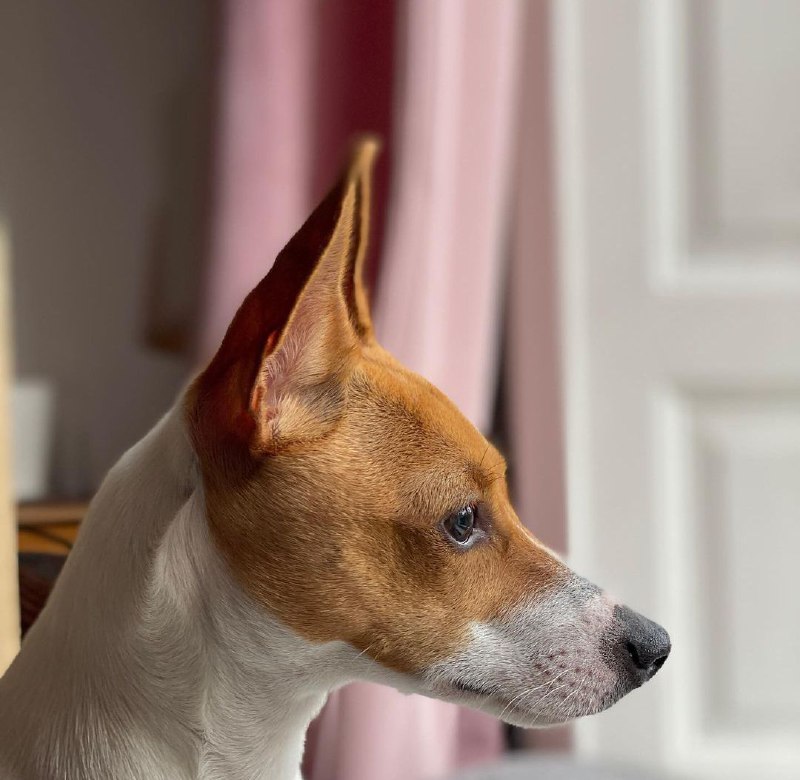 Dogs are very unpretentious in care and maintenance. They need very little space in the apartment. At the same time, it will be difficult to train them to the tray – in this regard, they are not like other representatives of decorative breeds.
You will have to walk not only in good but also in bad weather. For this, the dog will need special clothing.
You can comb out short hair 1-2 times a month using a special brush. The eyes and teeth should be examined every week.
But the ears deserve special care. Every few days, they should be wiped with a cotton swab soaked in a special antibacterial lotion.

How to Train Correctly? 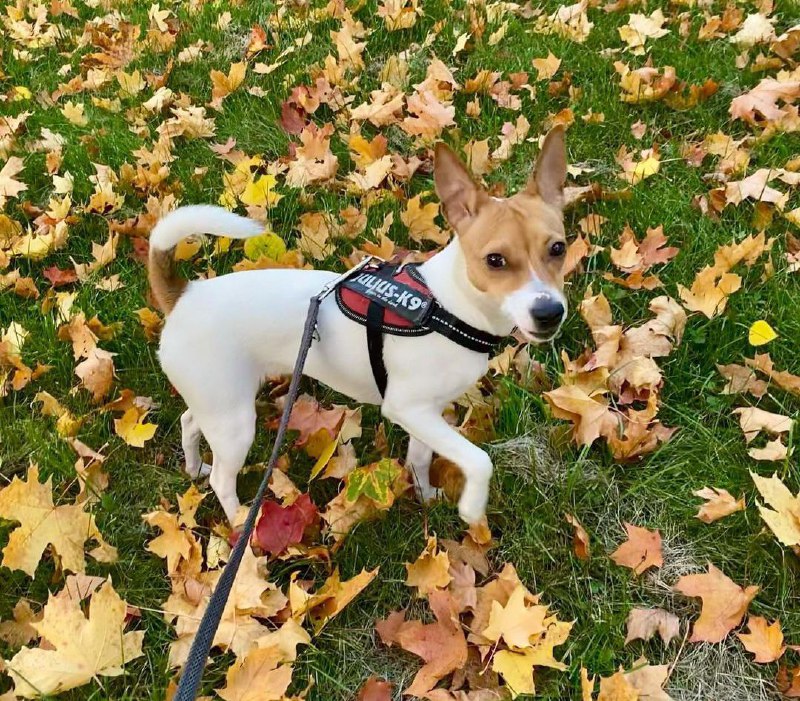 Since dogs are very attached to the owner, they enjoy just the time they spend next to him. They are easy to train. This is due to their unusually developed intelligence, intelligence, and curiosity. They learn commands very quickly.
Even a novice owner can cope with this task. But, as in any other training, it is necessary to show firmness, seriousness and not allow empty pranks on the part of the pet. You will have to show all the leadership qualities for the dog to take you for the main one.
Amertoi who take special courses become excellent companions for visually impaired and hearing-impaired people. 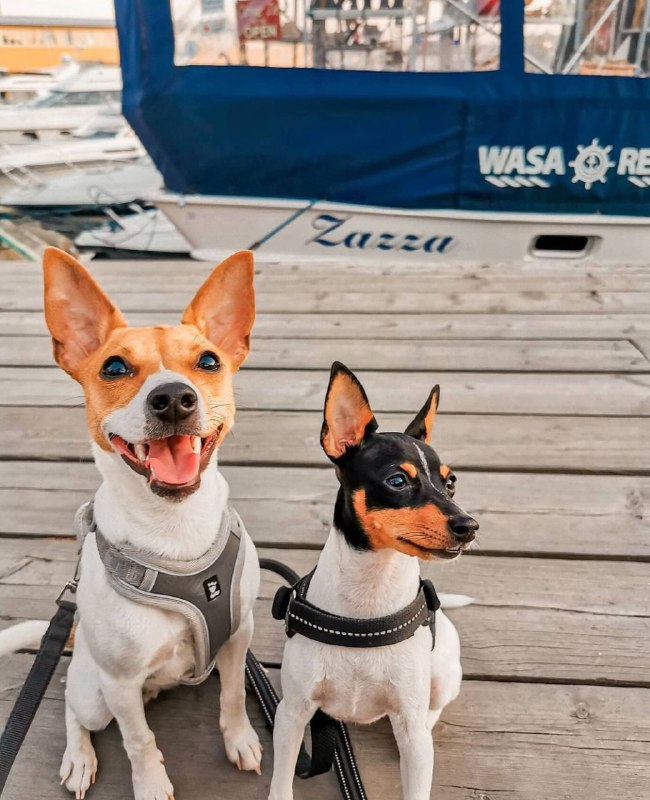 Amertoes have a very good appetite, they are ready to eat whatever they see on their way, but this is not always healthy.
This breed is prone to food allergies, so you should be careful with your food or food choices. It is advisable to completely exclude beets and millet from their menu.
Food should be given in small portions and only after walks and games – this is necessary so that the food is absorbed and does not cause volvulus. Lazy dogs need less food than active dogs.
Most of the owners are inclined precisely to industrial feed – they already contain all the necessary vitamins. Adult dogs should be given food two to three times a day, but not more often.

First, you need to feed your pet with what the breeder gave him. If you want to transfer it to another feed, then it should be done gradually.

How to Choose a Puppy? 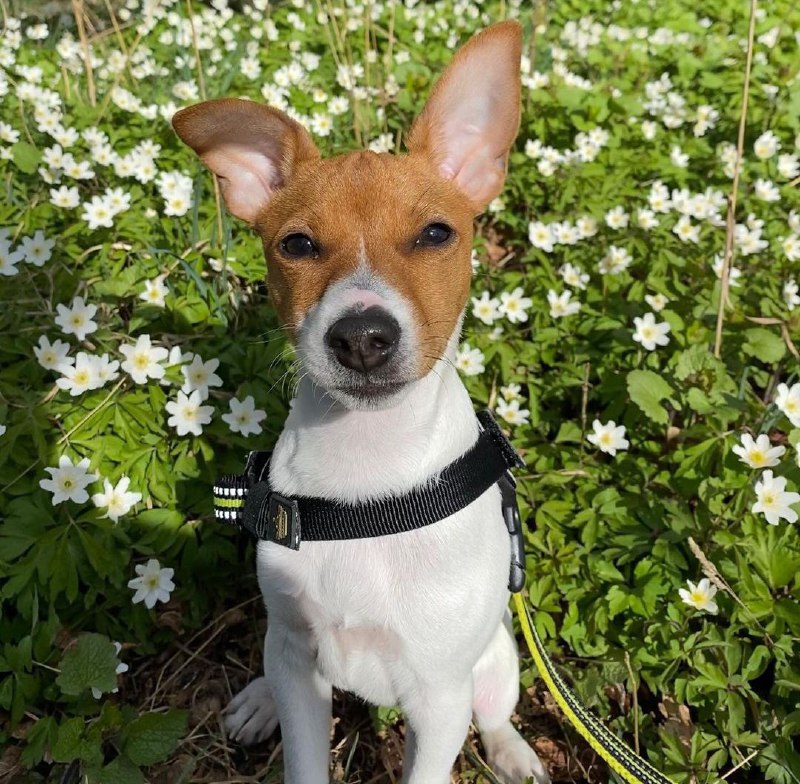 First, decide what class you need a puppy, and then go to the breeder, kennel, or private person. Regardless of where you go, you need to be savvy when it comes to choosing a puppy to avoid being fooled.

To do this, adhere to the following recommendations: 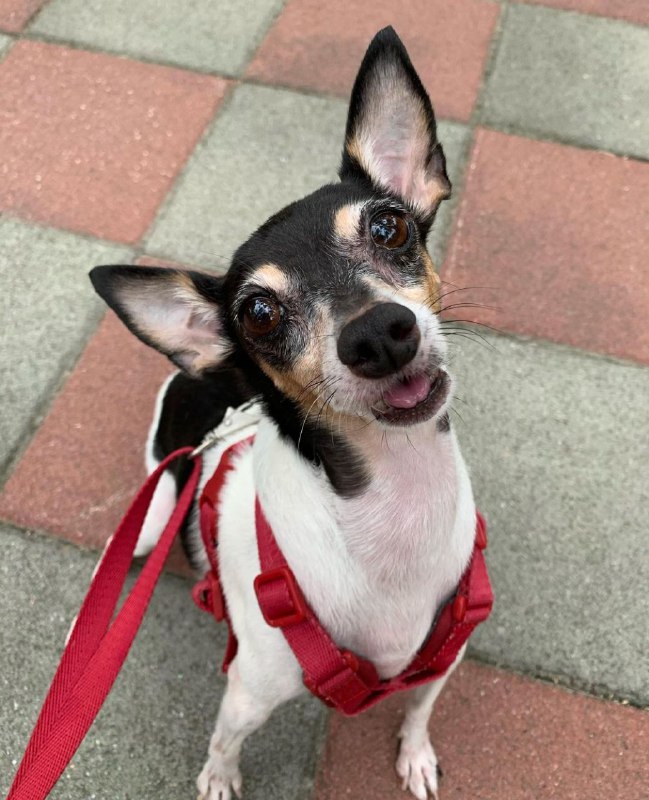 American Toy Terriers are an excellent choice for those who enjoy an active lifestyle. You will never get bored with such a dog, he will make you happy even on the most cloudy day.
This breed is an excellent companion. He will quickly become attached to you and become a loyal and devoted friend.