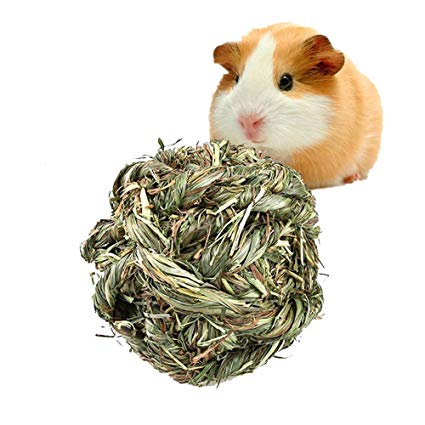 What Do Guinea Pigs Like To Play With? Top 10 Toy Ideas to Entertain Your Cavies

Did you know that you can’t own only a single guinea pig if you live in Switzerland? According to Swiss laws, you need to have at least two of them. The reason is that guinea pigs are friendly creatures that like to socialize. 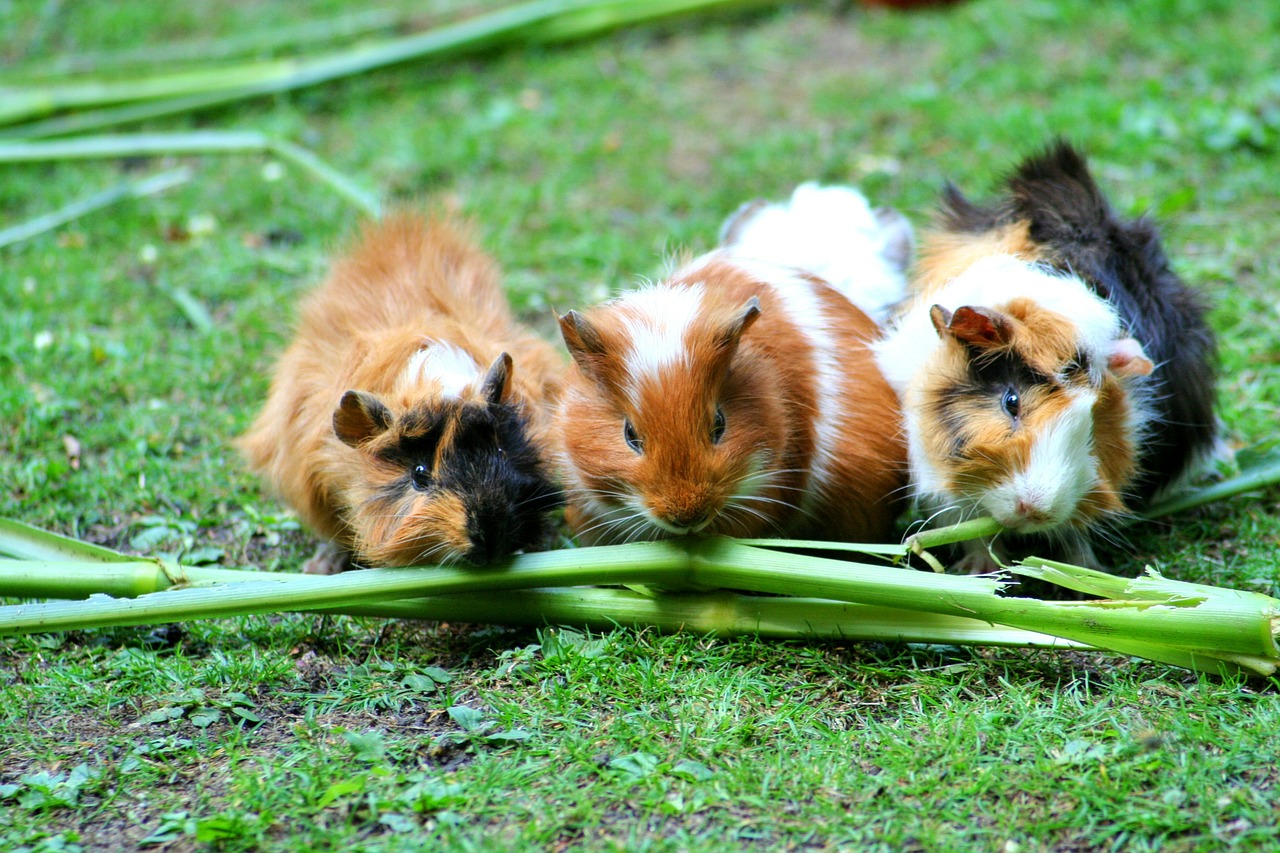 Denying a cavy the chance to live a happy life among its friends is considered cruel by the Swiss lawmakers. Apart from them, many experts from other parts of the world are suggesting that the key to happiness, as well as long life of guinea pigs is ensuring they have friends.

You might consider yourself their friend, but cavies need friends from their own species. Still, sometimes even packing the cage with guinea pigs will not take care of the boredom problem. Sometimes, they need some toys to stay entertained.

If you’re having troubles to find ideal toys for your cavies, here are some suggestions!

No matter how guinea pigs might be there in the cage, all of them are gonna get bored unless there’s something to motivate them. These animals are addicts to mental stimulations, so installing a maze in their cage could do the trick. 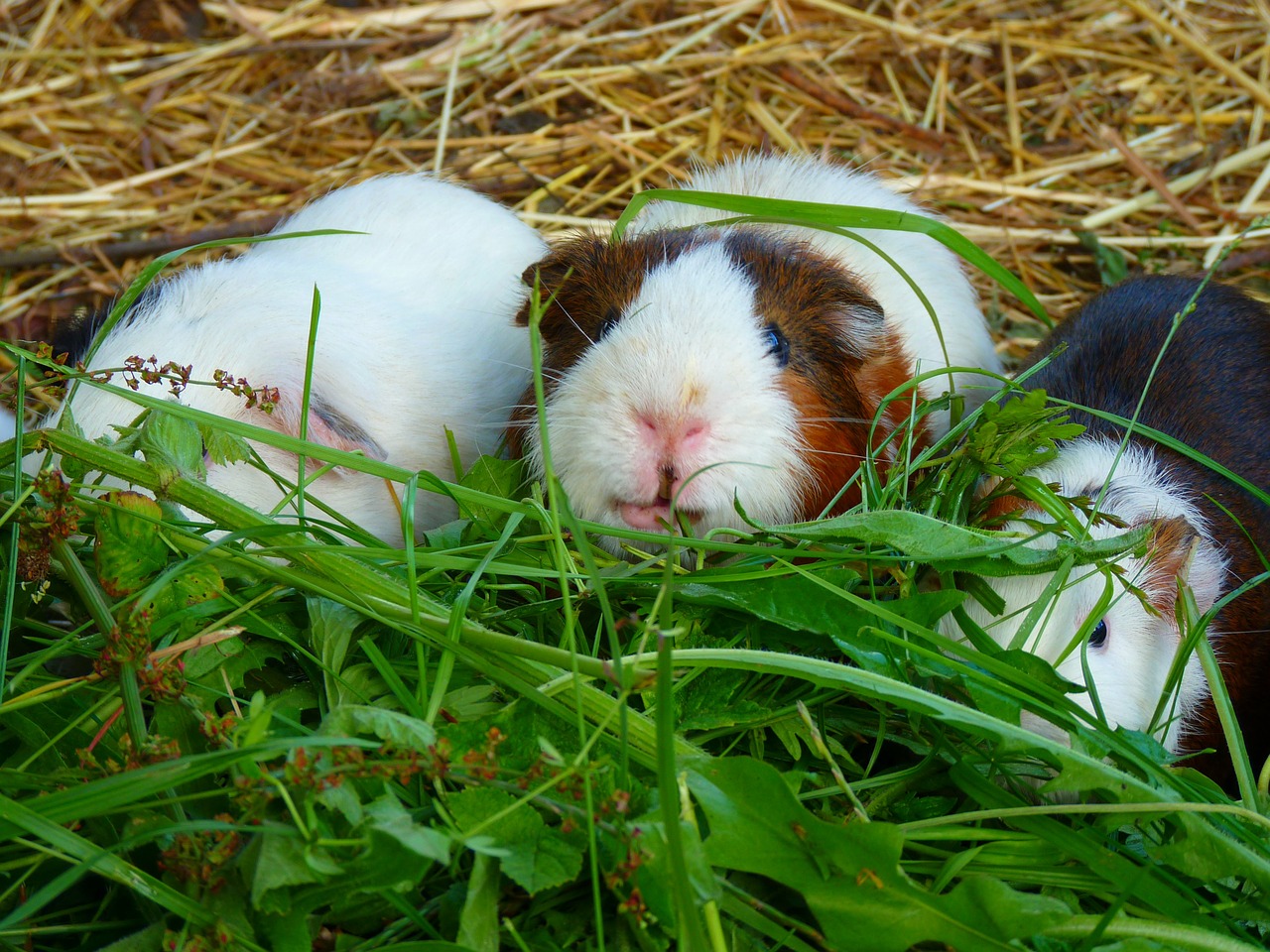 Although you can buy an obstacle course designed especially for guinea pigs, why waste your money? You can make a makeshift maze using nothing else but cardboard. What you got to do is use a large piece of cardboard as the base of the course and tape/glue smaller pieces to serve as obstacles.

Guinea pigs are rodents by nature that like to dig tunnels. Such, they feel irritated if there’s not enough soil for them to make large holes and tunnels. You can sort of solve this 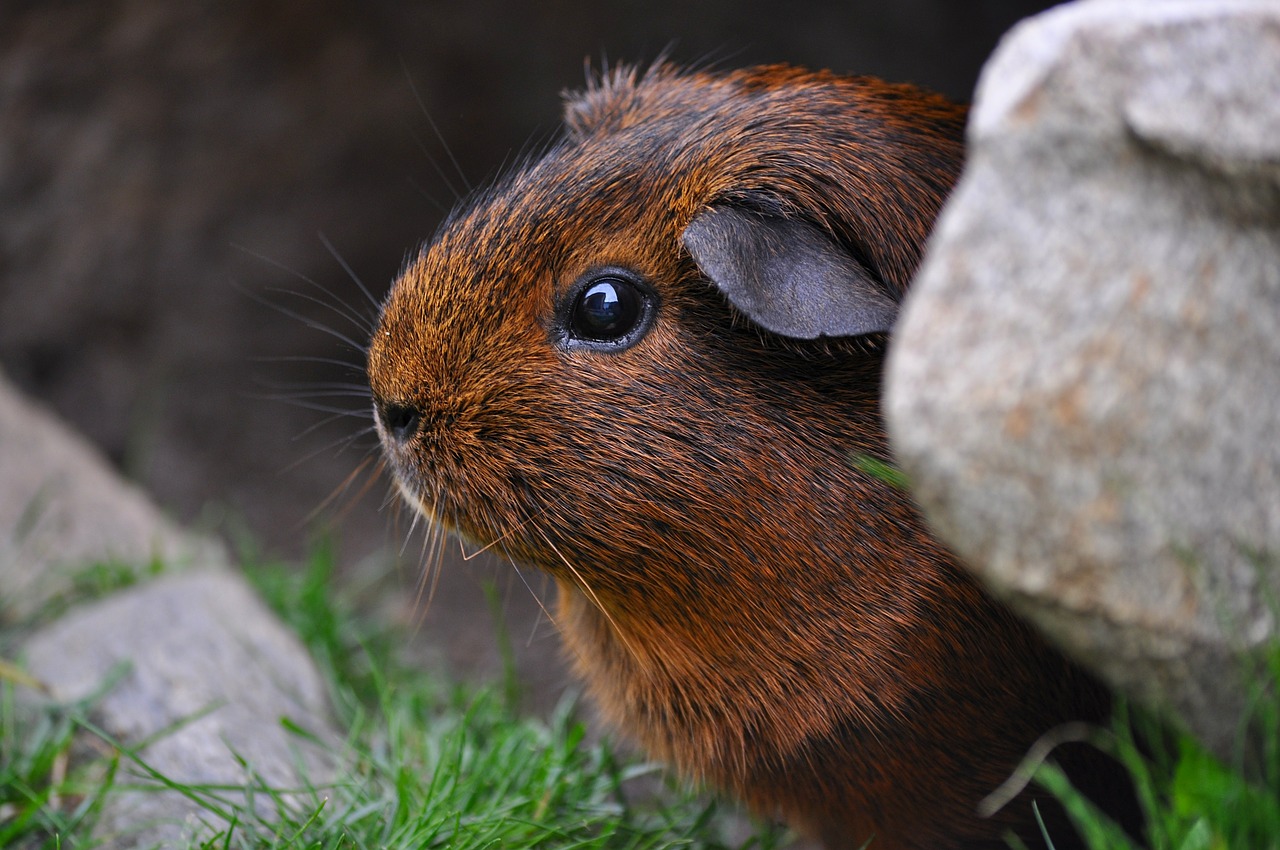 problem by making tunnels for them, which they’d love to use.

You can make tunnels using larger toilet paper tubes or kitchen towel tubes. You can also put a piece of a plastic pipe inside, especially if it’s not straight but bendy. But, if you don’t feel like doing anything on your own, there should be plenty of such toys in your local pet store.

Apart from using toilet paper/kitchen towel tubes for making tunnels for your guinea pigs, you can also use them to make a treat for your toothy pets. What you got to do is fill the cardboard tube with hay. Your cavies will get excited by the sight and will do all they can to chew through the cardboard. And when they do it, a tasty treat awaits them inside. 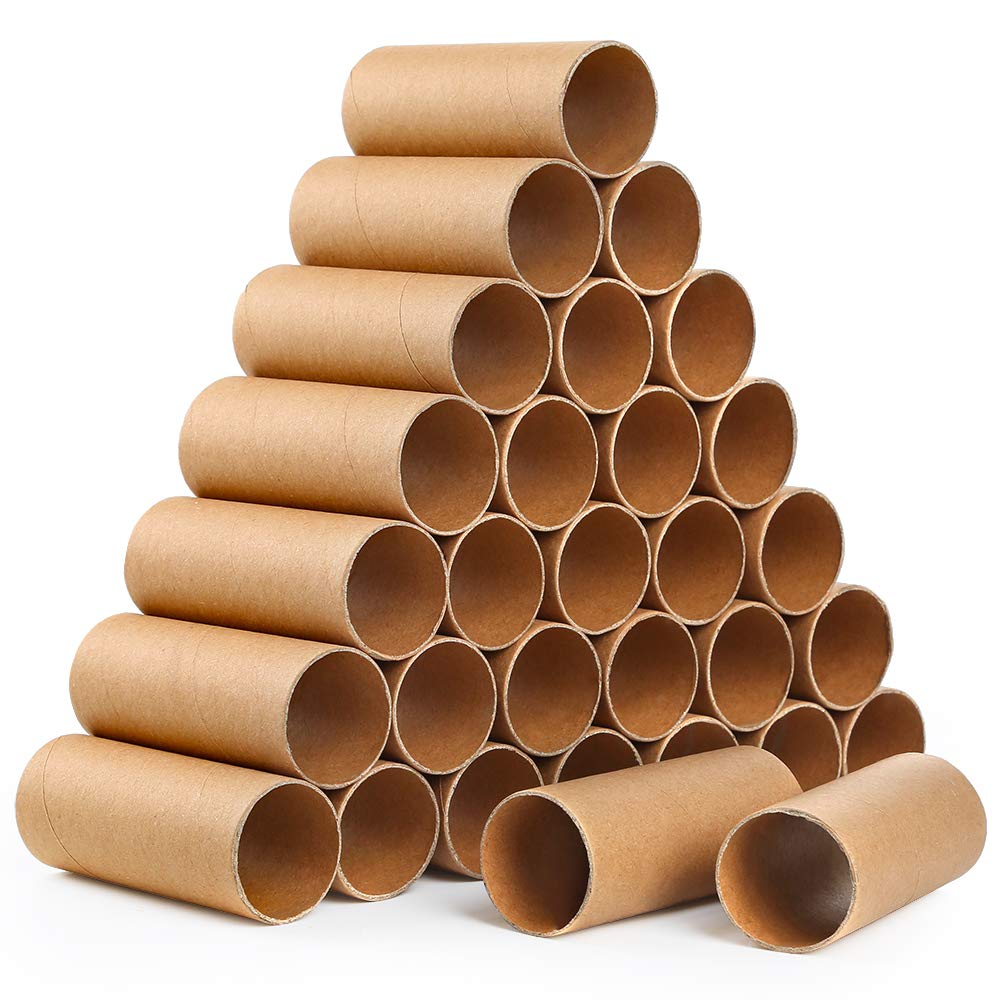 The best thing about using the cardboard tube from inside a kitchen towel roll or a toilet paper roll is that it’s non-toxic. This means that your guinea pigs will get a toy that’s not interesting but entirely eatable as well.

Instead of throwing away old shirts with long sleeves, why not make use of them? You can take the sleeves, fill them with hay and tie the ends, thus creating an interesting toy for your cavies.

They will have to work hard in order to bite through the fabric, but once they make a hole, they’ll get to feast on their favorite food. Apart from using sleeves, you can also use trouser legs for the same purpose or even socks.

If you think it would take too much time or too much effort to make toys of hay, you can always buy them in a pet shop. The thing is that hay chew balls are among the most popular toys for guinea pigs. And there’s a reason for that!

Guinea pigs just love hay, so these toys will make your cavies go crazy. On top of that, hay is a source of food for guinea pigs, so giving them chew balls made of hey means feeding them. 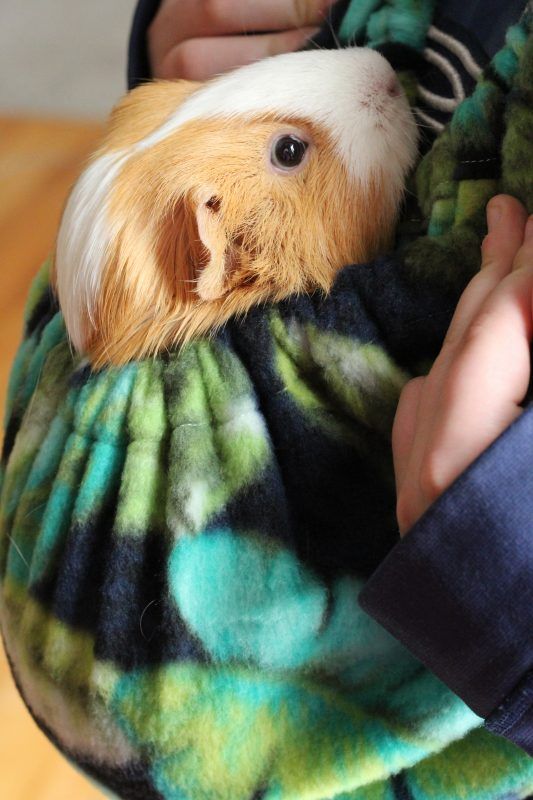 In the world of guinea pigs, hay is a staple food. Giving them a hay-based toy to play with is guaranteed to keep them occupied. However, it can also make them fat if they eat too much of it. This is why many guinea pig parents decide to use alternatives.

Chew sticks made of wood might be the right solution. The reason is that wood is not as nutritive as fresh hay. On top of that, wood is harder to chew, meaning that one such toy will last longer than a toy made of hay.

Fleece is a fabric that has zero nutritive value for guinea pigs. But, they don’t know it; it seems extremely yummy to them. And that’s why they can spend hours chewing on it. Although some pet stores do sell fleece toys, you can make them on your own easily. Just cut a piece of fleece and throw it into the cage. Voila, job done!

Guinea pigs get scared easily. And when they’re afraid, they’re looking for a hideout. Apart from hiding when they’re frightened to death, they might also look for tight spaces when 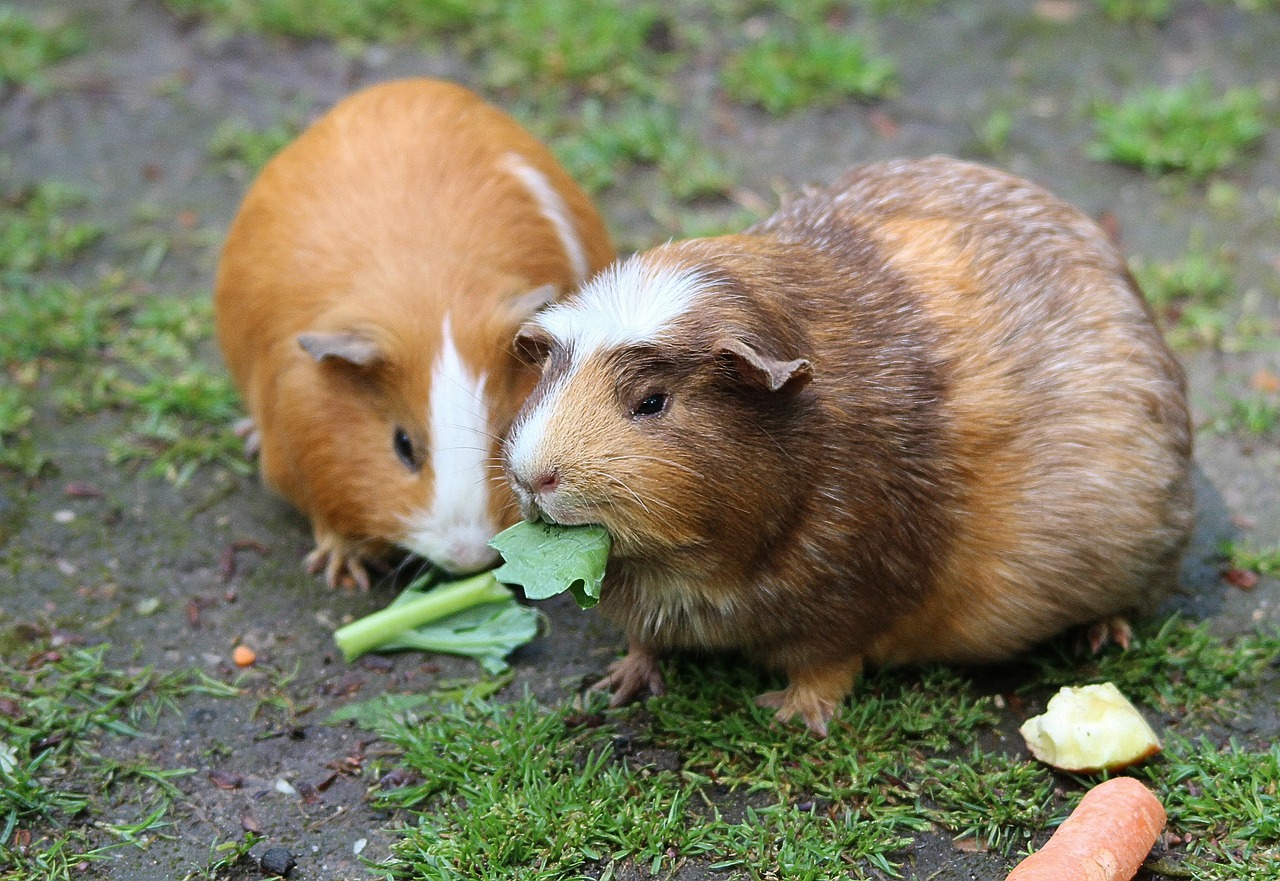 playing. This is why good advice is to put cardboard boxes inside the cage, which would serve as a temporary home for them. We say temporary because the cavies are bound to eat the home at one point.

You can take any piece of plain paper, as long as you’re sure it’s completely non-toxic. What you got to do next is crumple it and put it in the cage. You might not find it interesting, but a ball of paper is bound to make your cavies go nuts. They’ll start exploring it from many angles only to rip it to million pieces later on.

No matter how many toys you buy for them, your guinea pigs will not feel overly joyous if they’re in the cage all the time. Every creature loves to be free, so give them a piece of 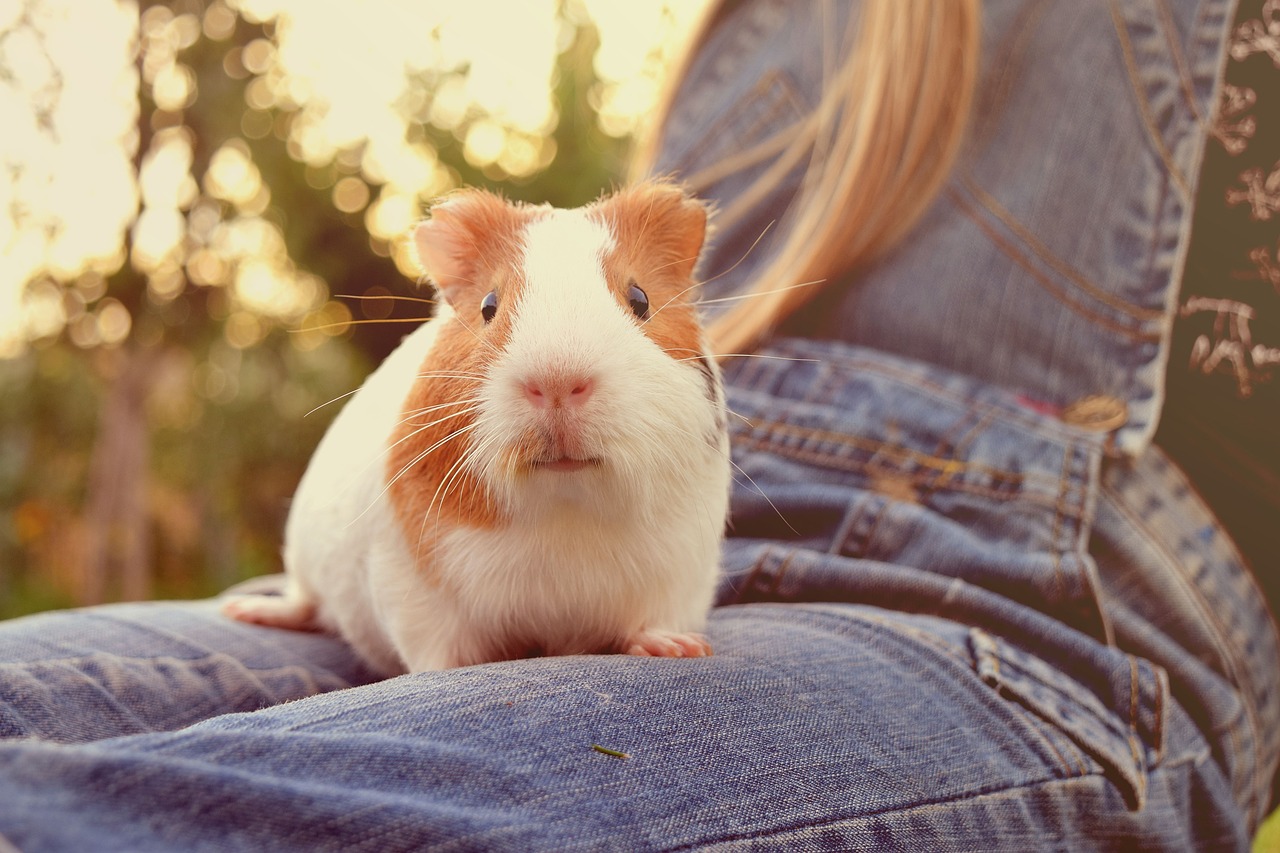 their freedom by letting them play in a playpen from time to time.

One Final Piece of Advice

When it comes to guinea pigs and their entertainment, you need to be creative. Sometimes regular solutions simply don’t work. And if you’re not in the mood of experimenting, you have the internet to consult. There are many specialized sits out there, like AboutGuineaPig, for example, which deal with everything cavies-related.