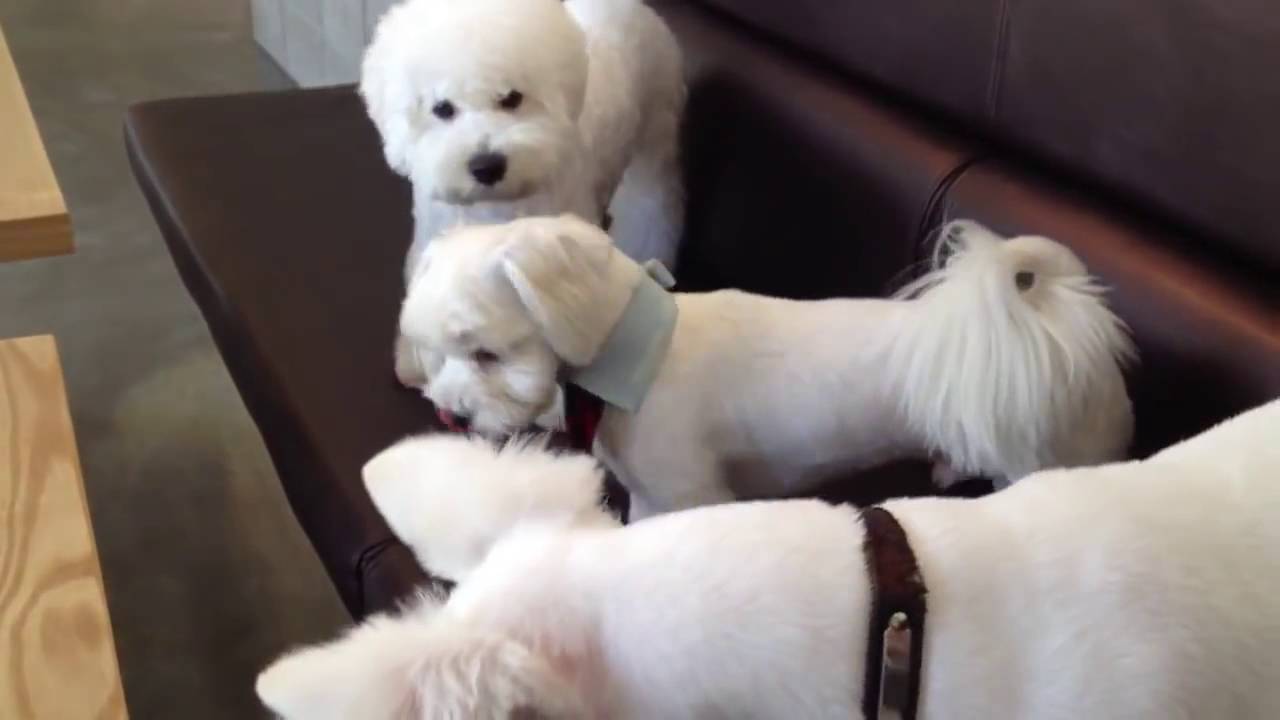 There is a lot more to the first designer dog than meets the eye. Here are 10 interesting and fun facts about this ever-popular dog breed.

Allergy-Friendly – Wally Conran from Guide Dogs Victoria in Australia first coined the term Labradoodle after he spent around two years working on his plan to produce an assistance dog for people who suffered from allergies. So although it is often called a designer dog, don’t let this description take away from their real purpose. One of the first litter of labradoodles was for a blind woman living in Hawaii. 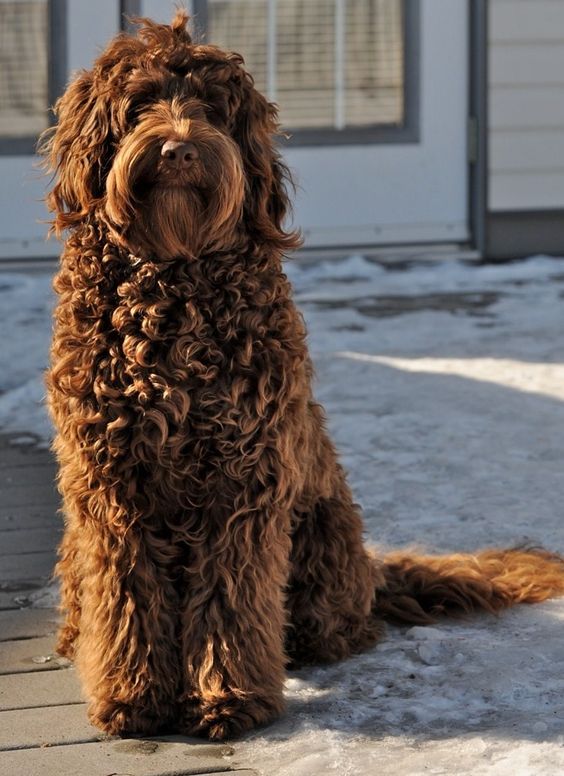 Highly Intelligent And Trainable– Dog training can be a lot of fun when you have a dog that enjoys being taught new stuff and has a high level of intelligence. Labradoodles have both these qualities in bucket loads. Labradoodles have been known to especially benefit from gun dog training aside from the usual obedience training. If you are looking for a fun and energetic dog, you could do a lot worse than getting a Labradoodle. 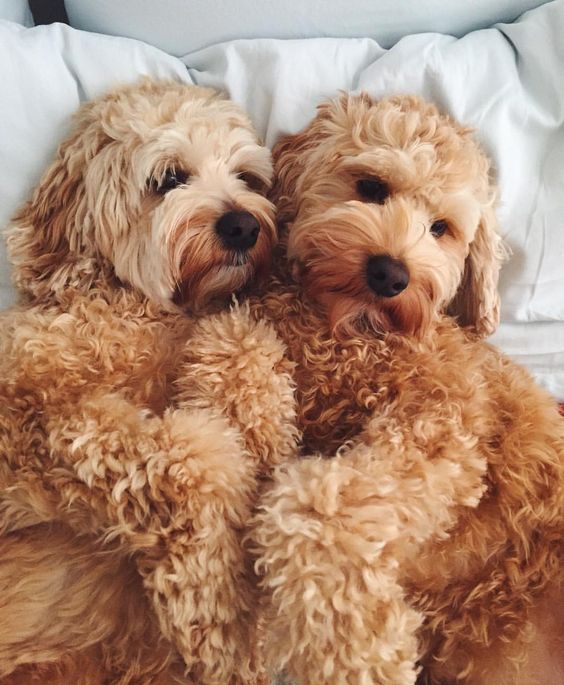 Various Sizes – Labradoodles come in various sizes. The size is determined by whether the Poodle in the Labrador and Poodle mix was a miniature poodle or a standard poodle. However, if there have been many generations continually bred this can make the puppies smaller, particularly when Labradoodles are bed with other Labradoodles. Therefore, if you are concerned about the size or type of hair, but do like the breed, you should be able to find one that meets the aesthetic qualities you are after. 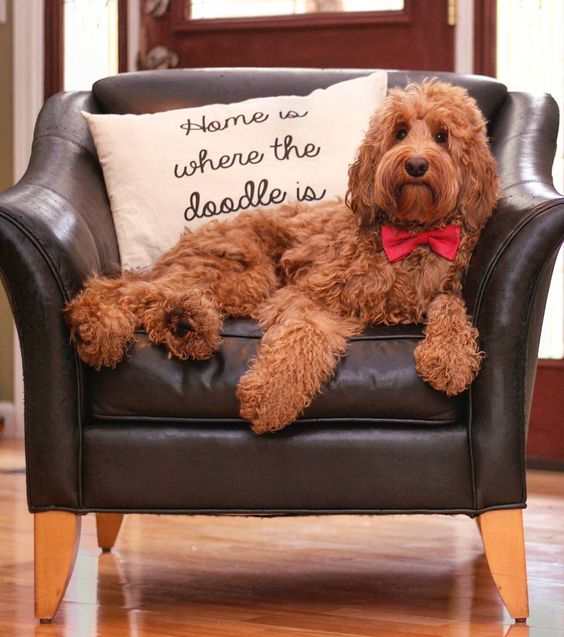 Loved by Celebs – Some Famous Labradoodle ownerâ€™s past and present include Tiger Woods, Jennifer Aniston, (who was bought a Labradoodle by her former husband Brad Pitt), Jeremy Clarkson and Graham Norton., Lance Bass (former singer alongside Justin Timberlake in the boy band Sync), David Baldacci (world famous legal thriller author), Christine Brinkley, Barbara Eden, Henry Wrinkle Until the Obamas settled on a Portuguese Water Hound, a Labradoodle almost got to live in the White House. While Joe Biden (Former Vice President for Obama) chose a Labradoodle. 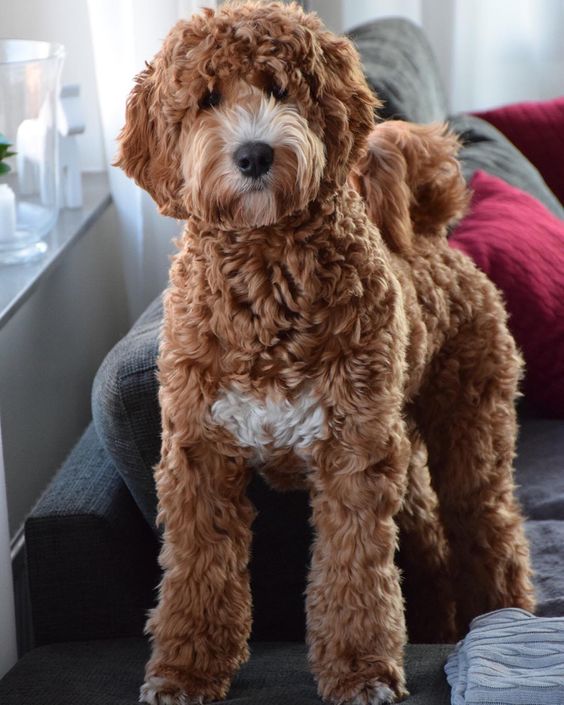 Various Coat Colors and Types – The type and color of a Labradoodle’s coat can vary considerably. Colors include silver, apricot, cream, chocolate and black among others. While the texture and type also varies from being curly like a Poodle to very flat like a Labrador. Their coats also can change numerous times as they mature, and in some cases the adult Labradoodle will not look the same as it did at all when it was a puppy. 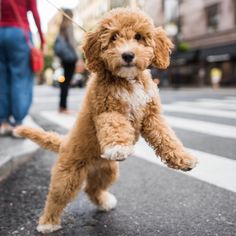 Dictionary Dog – The Kennel Club has never recognized the Labradoodle as a pure or true breed, because despite its enduring popularity it is still considered a cross-breed. However, the Oxford English Dictionary has the word Labradoodle listed with a definition and thanks to its origin, the dog is featured in the Australian edition of the family favorite board game Monopoly. 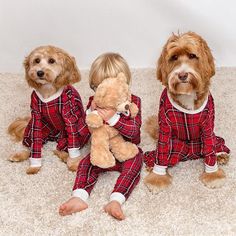 Tracking Stars – Labradoodles, it appears, have awesome tracking abilities. There was a case in the last few years of an American Labradoodle who was an autistic boy’s companion dog, who traversed two counties in search of the boy. Relatives were looking after the dog, who were living at least 12 miles away. The loyal dog jumped over a 6 ft fence, crossed two interstate highways and managed to get passed several coyotes. He was eventually found a mile away from the family home, and then slept for three whole days. 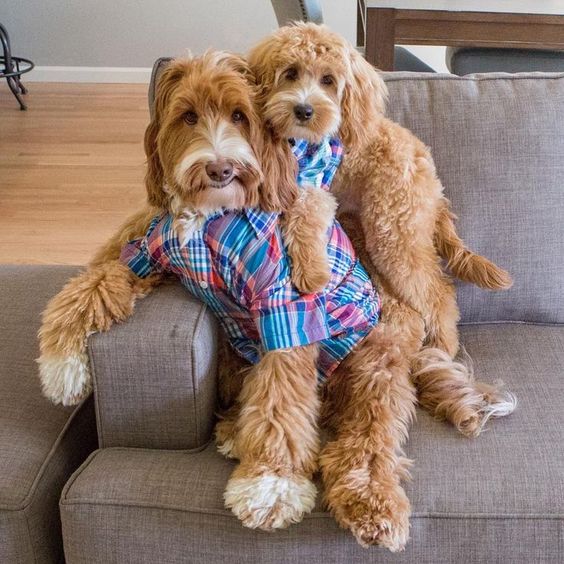 Costly Purchase – The price of a Labradoodle puppy can be as high as Â£750 from a reputable breeder. Though it is important to be careful and research breeders thoroughly, to ensure they are looking after the parent dogs and puppies correctly and aren’t just trying to make money. The sign of a good breeder is often a waiting list and when you meet with them they should be as interested in you as you are in the pups. Often, breeders have been known to give prospective breeders a list of questions to ensure they are suitable. 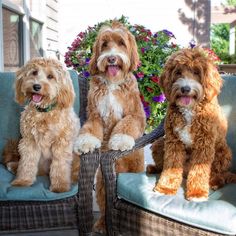 Have Their Own Association – In 1999, the UK Labradoodle Association was established, as an organization where anyone interested in owning a Labradoodle can get information about the breed. This is a particularly handy resource when it comes to training, nutrition and health advice. There is stuff for potential and current breeders and owners alike. 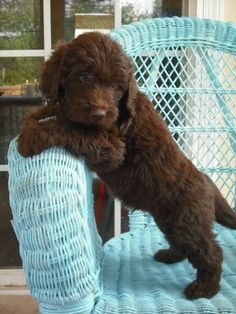 More Than Just The Fur – It is important to note that if you or someone in your family suffers from an dog fur allergy, it may not actually be the fur that is causing the allergic reaction. Rather, it could be the saliva or dander. One way to check if you are going to be allergic to a particular pup is to meet with the adult siblings of previous litters and the parents of the pup you are interested in.

This post was written by Dave ofÂ Â Poochingaround.co.uk