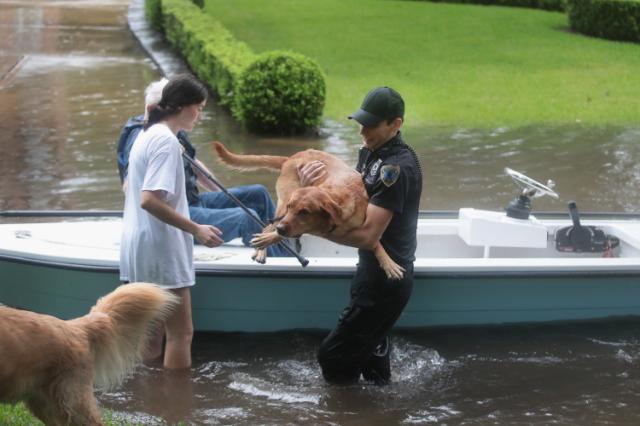 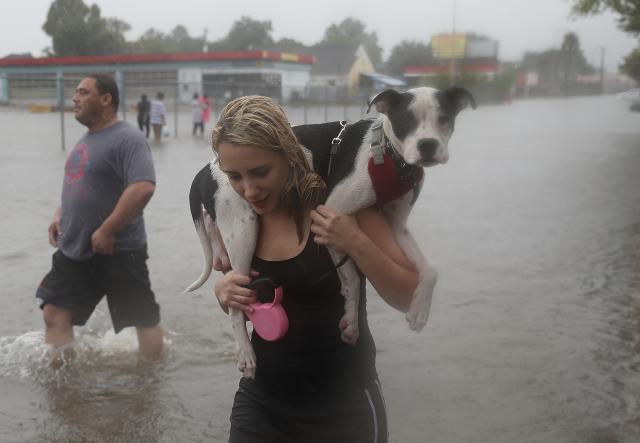 Naomi Coto carries Simba as she evacuates her home after the Houston area was inundated with flooding from Hurricane Harvey on Aug. 27, 2017

In Rockport, Valerie Brown and her dog walk through a flooded area after leaving the apartment that she rode out Harvey 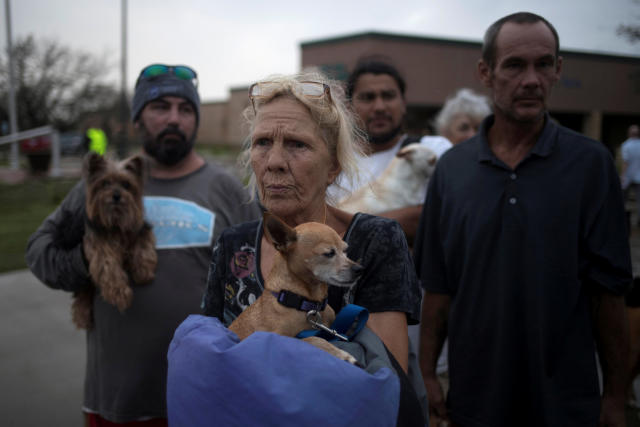 Julie holds her dog, Pee-wee, as they wait to be evacuated to Austin after losing their home to Hurricane Harvey in Rockport, Texas, Aug. 26, 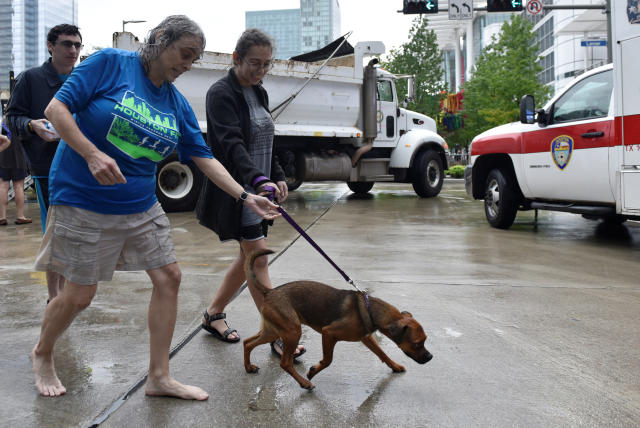 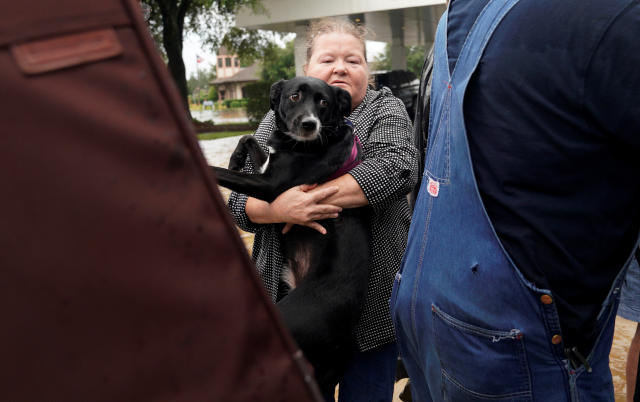 A woman carries her dog into a collector’s vintage military truck to evacuate from floodwaters from Hurricane Harvey in Dickinson, Texas 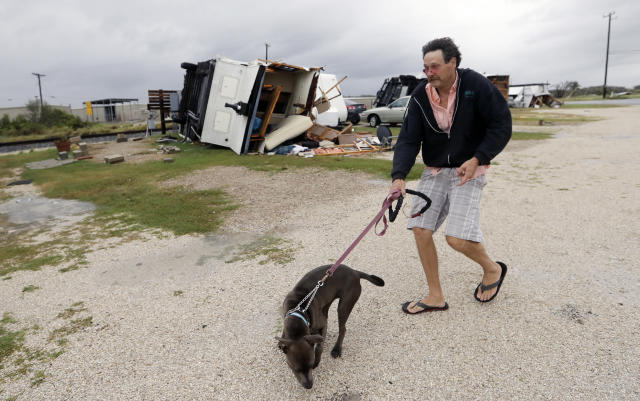 J.G. Roberson walks his dog, Peace, past a trailer overturned by the winds of Hurricane Harvey, 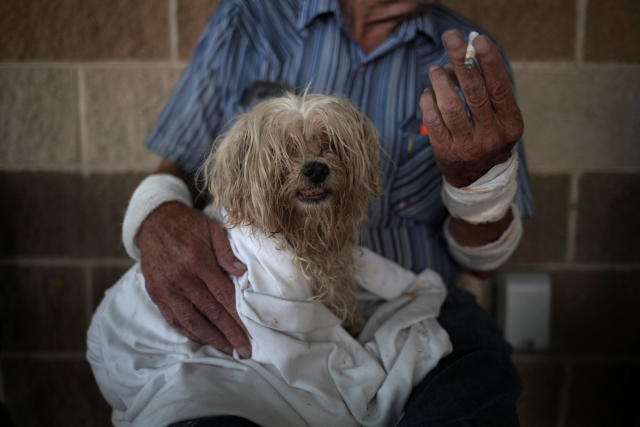 Bentley, a 10-year-old Maltese, takes refuge with his owner in a school after they lost their home to Hurricane Harvey in Rockport, Texas, Aug. 26, 2017. 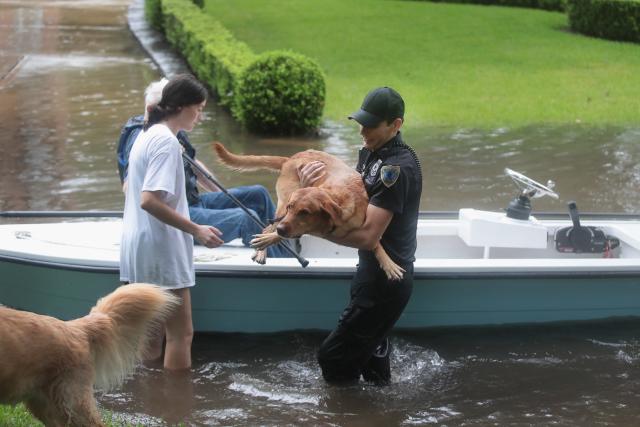 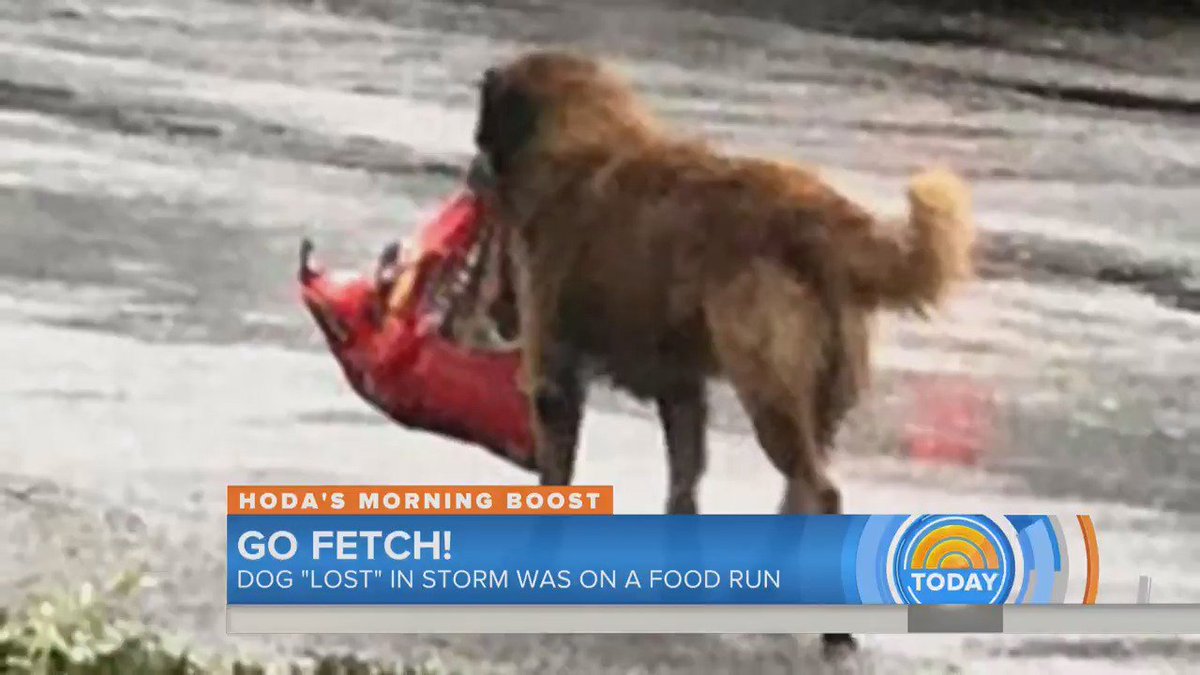 Enjoy the Benefits of Grooming your pet regularly