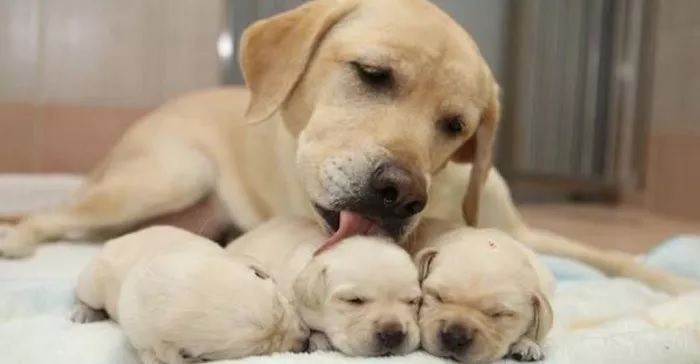 Like all mammals, female dogs also have teats, or more precisely: teats. The mammary glands are located in the teats and act as a “milk bar” to ensure that the puppies are supplied with food during the first few weeks of their lives. Teats can change during pregnancy or illness – we give tips on everything to do with teats in dogs.

Contents hide
1 How many nipples does a dog have?
2 Do males have nipples?
3 When pregnant bitch: nipples are swollen
4 How do nipples change in pseudo-pregnancy?
5 Black crust and inflamed: what are the nipples diseases?
6 The bitch’s nipples are inflamed: what to do?
7 When should a bitch with inflamed nipples go to the vet?
8 What are mammary tumors?

How many nipples does a dog have?

As a rule, bitches have five paired mammary glands that form the so-called “teats”. However, there are a few exceptions to this rule. Because the more puppies a dog breed gets on average, the more teats the bitches have.

Nature provides for two teats per puppy. In practice, this is not always the case. Nevertheless, the following applies: The number varies between six and twelve teats. Asymmetrical teats that do not appear as a pair are also possible.

Do males have nipples?

Similar to us humans, it is with dogs, which means: Of course, males also have “teats” on the outside, but without the mammary glands on the inside. We, therefore, speak of nipples. They are smaller than the bitch’s teats. The number of males can also vary.

So be careful, because some owners have already mistaken an asymmetrical nipple in the male for a tick – ouch! When grooming your male dog, keep his nipples in mind to avoid damaging them. Of course, this should also be a matter of course for bitches.

When pregnant bitch: nipples are swollen 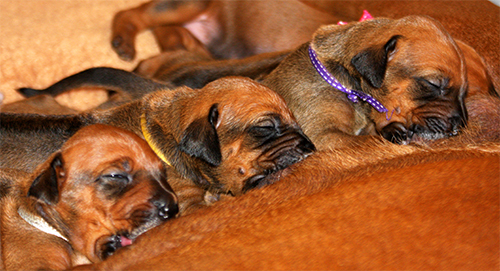 Changes in the teats can be the first sign that a bitch is pregnant. Because then the pituitary gland in the bitch’s brain stimulates the production of more prolactin – a hormone that stimulates the flow of milk. The mammary glands in the teats become larger, the nipples erect.

Because pregnant bitches have more blood supply to their teats, the teats can appear more intensely pink. Some bitches also lose fur around their teats, making them look even bigger. Weeks before the birth, the teats prepare for their big effort, which begins with the birth of the puppies.

How do nipples change in pseudo-pregnancy?

In both cases, the falling progesterone level leads to a (further) increase in prolactin. The teats swell accordingly, even if the bitch is not pregnant. Some bitches even have milk discharge from their teats. In a pack, female bitches can take on the role of nurse for their conspecifics.

Pseudopregnancy is therefore not a disease. But many bitches are restless. Usually, a little distraction is enough. The veterinarian can prescribe a prolactin inhibitor if the milk flow is too heavy or if the patient is apathetic or aggressive.

Do not touch the bitch’s teats during this time! Any attempt to cool it or even to “milk out” the milk stimulates milk production further.

Black crust and inflamed: what are the nipples diseases?

The bitch’s teats change not only during (sham) pregnancy. There are also diseases that can cause the following symptoms to the dog’s teats:

The bitch’s nipples are inflamed: what to do?

If one or more teats of the bitch become inflamed, it is mastitis, an inflammation of the teats. It occurs mainly in bitches after pregnancy.

Puppies’ tiny teeth and claws can cause bitches to get tiny wounds on their teats. The cause of the inflammation is usually bacteria that enter the teats through these wounds.

In bitches with few puppies, milk congestion can also lead to inflammation: the body produces more milk than the puppies need. For this reason, mastitis can also develop in pseudopregnant bitches with milk flow.

The affected teat is painfully swollen. Some lactating bitches do not allow the puppies to drink anymore as a result.

Tip: Carefully shortening the puppy’s claws can prevent minor injuries to the teats.

When should a bitch with inflamed nipples go to the vet?

Home remedies are not recommended for lactating bitches with inflamed teats. Because these can also affect the puppies. If the inflammation continues, the dog may become apathetic and painful abscesses are possible.

Contact with infected milk can lead to the “toxic milk syndrome” in puppies – there is a risk of death! Therefore, present bitches with mastitis to the vet. The standard therapy consists of treatment with special antibiotics.

What are mammary tumors? 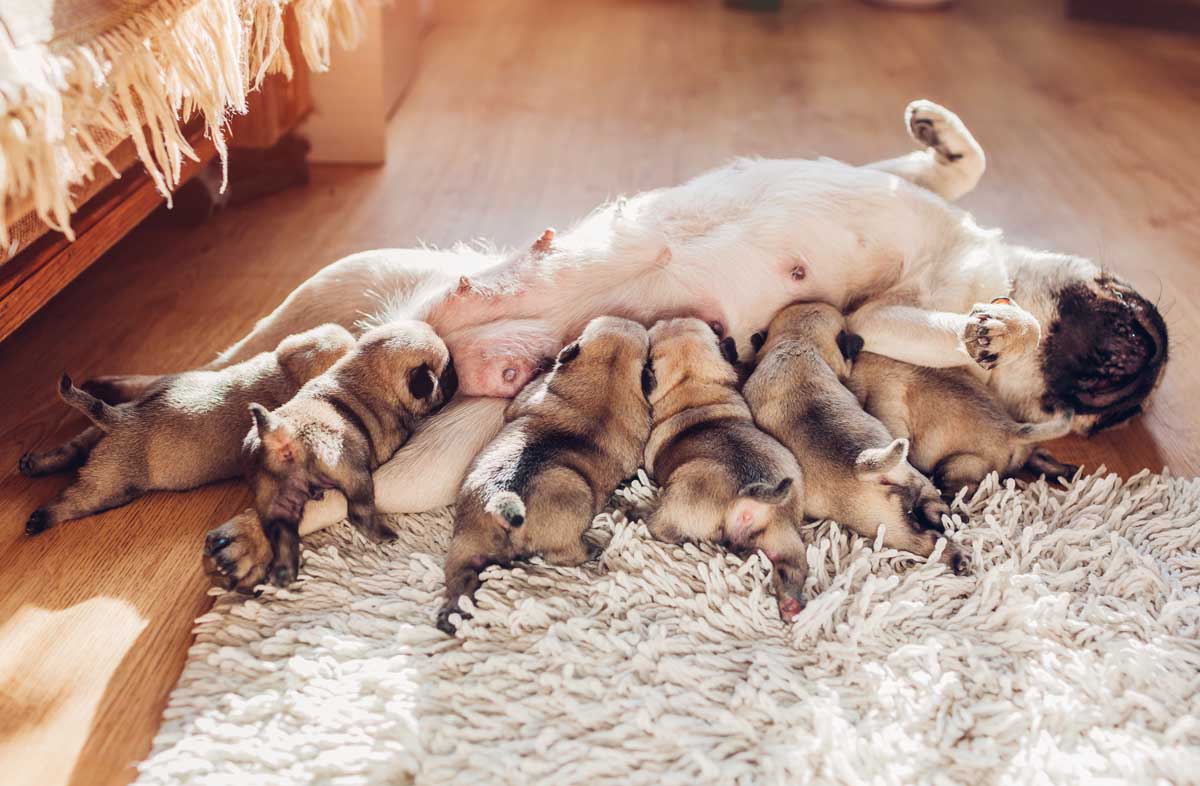 Some bitches develop tumors around the teats during their lifetime. Experts refer to these as mammary tumors or milk gland tumors. Older and non-neutered bitches or bitches neutered after the second heat are particularly affected. Veterinarians also observe an increase in the poodle, spaniel, and dachshund breeds.

Hormones that suppress heat can also have a negative effect. For example, if the bitch has taken progestins for a long period of time, this increases the risk of mammary tumors many times over. The probability that mammary tumors in the dog are malignant, i.e. that the dog has cancer, is 50 percent.

The earlier the veterinarian makes the diagnosis and initiates an appropriate operation, the higher the chances of a cure. The first measure is usually to remove the entire teat bar. The cost of such an operation is between $600 and $1,400. 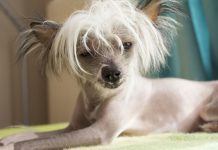 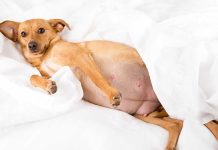 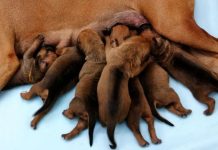 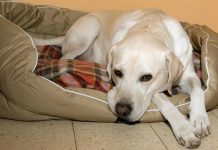 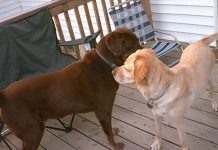 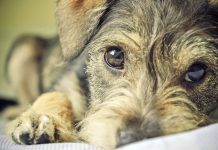 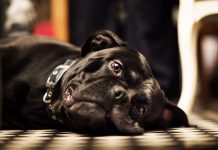 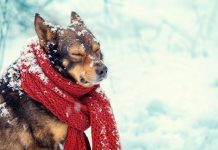 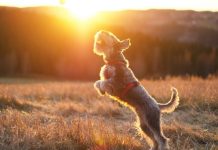 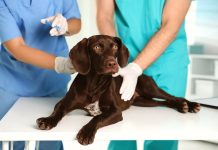 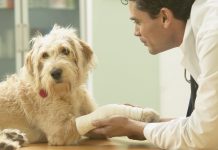