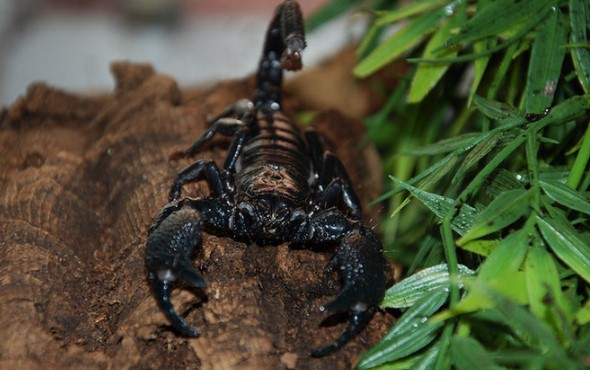 Along with the usual pets: cats, dogs – now you can often find exotic ones. These include domesticated scorpions. Outwardly, scorpions are very similar to crayfish or crabs, but according to the classification they belong to spiders, although they are much larger than the latter. The Emperor Scorpion reaches a length of 20 cm, the maximum weight is 30 g.

Equipped with powerful pincers and an imposing bulbous sting, the Emperor Scorpion has a formidable appearance and somewhat resembles a tank encased in armor. Despite the frightening appearance, the poison of the Emperor Scorpion is weak, and the bite for a person is no more dangerous than a bee sting. But massive pedipalps are a real threat. The claws of the “emperor of all scorpions” are equipped with very strong muscles and are capable of closing with great force. A jagged edge extends along the back of each pincer. This feature allows the scorpion to easily deal with prey. 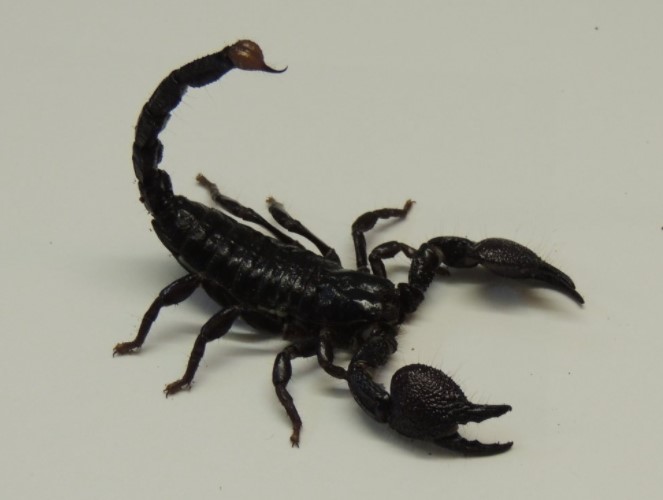 The Emperor Scorpion at home is a rather peaceful and unpretentious creature. In addition, with proper care, this pet can live long enough (by scorpion standards) – about 10 years. It is not surprising that, because of these features, lovers of arachnids give preference to this particular representative of the scorpion family. But, despite the popularity of the “emperor”, his biology and habits are not familiar enough to many amateurs. This often becomes the reason for the incorrect content of such an exotic pet.

As you know, scorpions are the oldest land animals. These arachnids are resistant, so they can survive in harsh conditions and in a wide temperature range. A suitable cage or terrarium will satisfy the “emperor” as a dwelling. For example, a 20-liter aquarium with a mesh lid is fine.

Important: effective ventilation must be provided in the home. The fact is that the Emperor Scorpion vitally needs fresh air flows, saturated in all layers with oxygen. Very often scorpions die due to stagnation of carbon dioxide in the terrarium. Organic substrate, feces, and feed residues emit carbon dioxide, which quickly settles in confined spaces. Displacing oxygen, carbon dioxide enters the scorpion’s circulatory system and then leads to a slow but inevitable death. In order to avoid such sad consequences, it is necessary to clean the animal’s dwelling more often and be sure to equip it with a ventilated wire mesh cover. 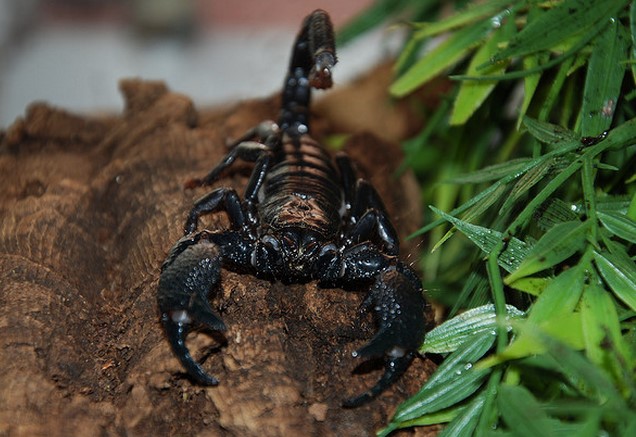 In natural conditions, Emperor Scorpions live mainly in tropical forests. Therefore, air temperature and humidity are key factors in their successful maintenance. During the day, the temperature in the scorpion’s dwelling should not rise above +30 C, and at nightfall below +25 C., Since the Emperor Scorpion is a nocturnal animal (however, like most other types of scorpions), it does not need lighting. It is recommended to build a heating source under the cage using thermoplastic or a ceramic radiator.

When equipping a home for a scorpion at home, it is necessary to take into account that the habitats of these arachnids in nature are characterized by high relative humidity. It is recommended to use soil for tropical ornamental plants, sphagnum moss, or peat as a substrate. The substrate of these components absorbs moisture well and for a long time, unlike, for example, sand or tuff, which are suitable for most arachnids, but not for scorpions. Alternatively, you can use seedling soil or moderately moist vermiculite. These types of substrates will allow your “emperor” to make his own burrow. The scorpion’s habitat must be sprayed daily with a spray bottle. But at the same time, one must not forget to ensure that the home is not waterlogged, otherwise, mold may appear.

For the “psychological comfort” of Emperor Scorpion, shelters play an important role. Since this animal is nocturnal and in natural conditions during the daytime it hides in the forest litter or underground, suitable shelters are needed for its convenience in captivity. Shelters can be built from pieces of tree bark, hollow, or sawn along with a flowerpot. The ability to hide from bright light and other unwanted factors will help the scorpion avoid stress.

Emperor Scorpions look very intimidating, but have a calm character, the sting is used only for self-defense and hunting. Scorpion venom is dangerous for its prey: crickets, moths. An Emperor Scorpion cannot do much harm to a person. One has only to compare the size of its claws and sting (the latter is several times smaller than the first), and it will immediately become clear that the bite of this species is comparable to that of a bee.

The poisonousness of any scorpion depends on the size of its sting: the larger it is, the more harm it will inflict on the victim. But after the bite, the following symptoms will still appear pain, swelling, and redness of the wound.

Scorpions are carnivorous animals. Any living creature suitable in size is suitable for feeding a scorpion. An adult scorpion is able to cope with a frog, lizard, and even a mouse. But remember that food should not exceed half of the scorpion’s body, otherwise it will get scared, experience stress, and, in the future, will refuse this food.

Scorpions are fed with special insects for terrarium animals (cockroaches, crickets). Do not feed the scorpion with insects caught outdoors, as they can carry disease or be contaminated with chemicals. Also, if the scorpion did not eat the insect, it is worth removing food from the terrarium so as not to create a stressful situation for the pet. You also need to clean up the remnants of the meal, because they can become moldy and become food for parasites. During molting, as well as before and after it, it is not necessary to give food to the scorpion.

Small scorpions are fed as much as they want for good growth. Do not be afraid to overfeed your pet: when he is full, he will no longer touch the food. For convenience, you can even kill the food and give it in chunks. You can even feed with tweezers, but, nevertheless, it is better for the scorpion to find food on its own.

But adult scorpions are fed once every one to two weeks. Adult scorpions should be limited in food, since in captivity food reserves are not limited, and overeating can lead to rupture of the abdomen. An adult scorpion may not eat at all for several months, as long as there is water. But, of course, forced fasting will have a detrimental effect on the health and appearance of the pet.

Males and females of Emperor Scorpions reach maturity in captivity at 2-2.5 years. Under natural conditions, they grow faster. The period from the moment of fertilization to the appearance of cubs (they are sometimes called nymphs) is from 1 to 1.5 years. The female can bear from 10 to 30 scorpions at a time. For 2 weeks, before the first molt, the cubs live on the back of the mother. And then they move on their own. 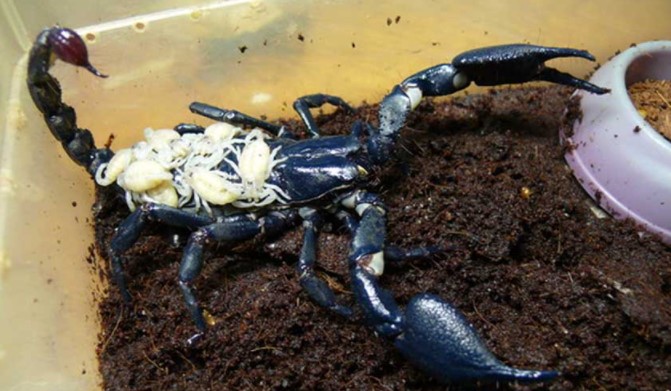 Before maturation, young scorpions survive about 6-7 molts, after each of them the color of the individual changes. At first, their shell turns light gray, and then it hardens and gains a darker shade. Until the young animals fully mature, the female mother takes care of them all the time, and also grinds large food with her claws, helping the cubs to eat it. This fact allows young and adult scorpions to be fed with food of the same size. In the event that the young are kept separately, serve them such prey so that they can catch and hold it themselves.

When communicating with your scorpion, the following rules should be observed:

Also, you should know a little about the correct scorpion transplant, which you will need when cleaning the terrarium, transporting, and other actions. 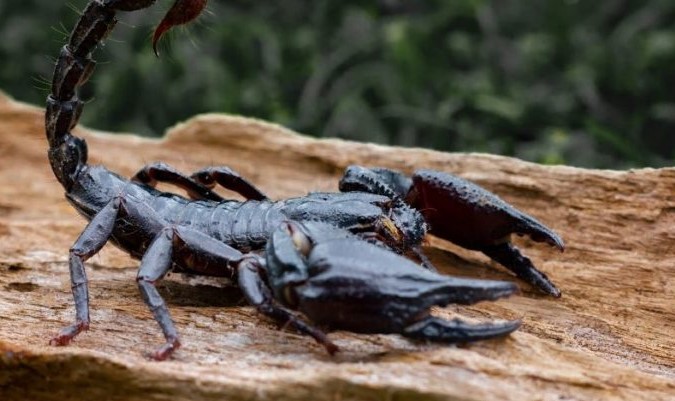 Emperor Scorpions – unpretentious pets. A little effort – and your pet will be cheerful, active, beautiful. And how many surprised looks and exclamations the guest will have when he sees such an exotic pet! 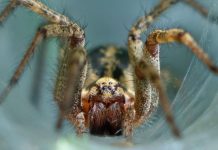 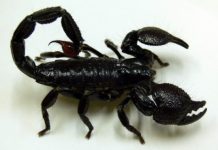 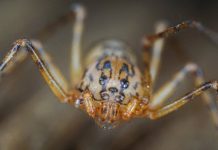 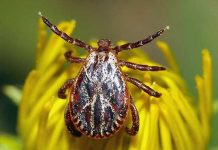 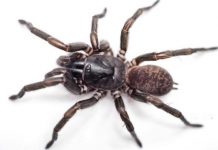 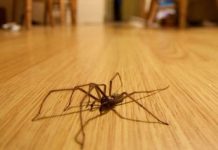 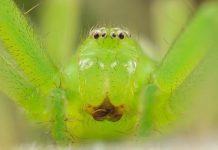 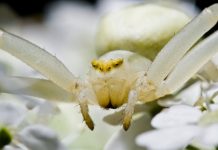 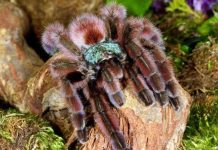 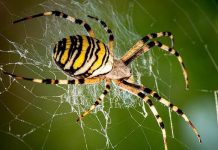 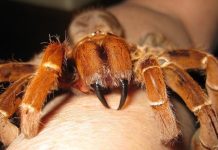 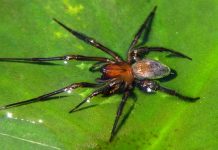