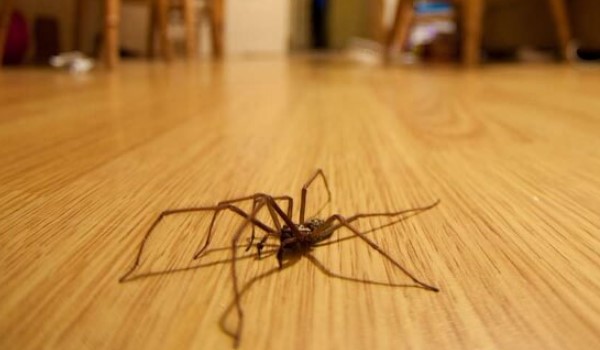 House Spiders (Tegenaria) are a genus of spiders from the family of Agelenidae spiders. Three species are common: Tegenaria agrestis, Tegenaria domestica, and Tegenaria duellica. Tegenaria agrestis is considered the most poisonous spider, although this has not been scientifically proven. The House Spider got this name solely because it lives indoors. Female and male House Spiders do not differ much from each other in size, but, as a rule, females can live indoors for several years. The active time of day for these species of spiders is night, at night the males are very active, they move around the house in search of a female for mating. The body of House Spiders is thin, and the legs are very long. They use their webs to move around or to catch house flies and mosquitoes for food.

In nature, this species lives under the bark of trees, under fallen leaves. Often the habitat of these spiders is fallen trees, hollows, and driftwood, where they can weave funnels of their nets. Tegenaria Domestica got its name because it loves to settle in human dwellings. The spider is not dangerous, because it simply cannot bite through the skin, however, upon meeting it can behave quite aggressively. Females up to 11-14 mm in paw span, males up to 9 mm. The spider itself is yellow with a brownish-brown pattern. A distinctive feature of House Spider is the pattern on the back in the form of brown spots. Young animals do not have brown spots on their backs typical for house spiders; they appear only after three molts. 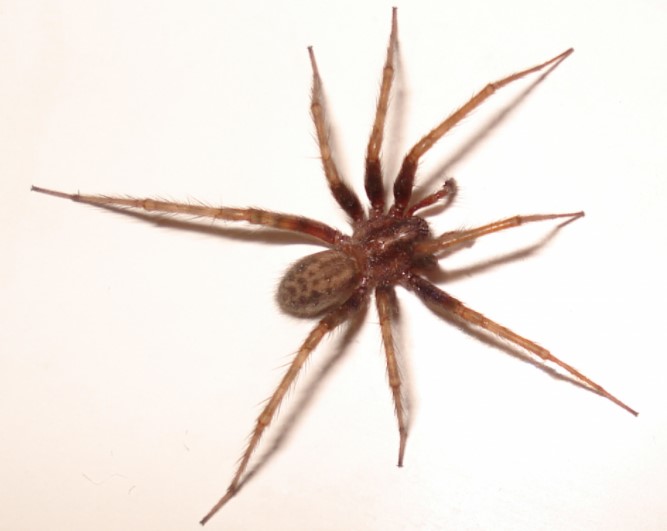 The first and last pair of paws are much longer than the second and third pair, thanks to which he can make rapid jerks. We can safely say that there is no part of the world where this spider would not be widespread. Spiders have four pairs of eyes: two of them are located in the same row in the front of the cephalothorax, one pair on top, and two more lateral eyes. The main ones are the eyes from above, the rest are additional. The main eyes have muscles, so they are mobile, and the additional ones have night vision.

The House Spider goes hunting mainly at night when it is dark, and it can catch prey not only with a web but also without it. The web of this spider does not possess sticky properties; it has a thick dense layer. When an insect hits the web, it starts to shake and the vibration is created. The hunter quickly picks up the signal and gets close to the prey, plunges his sharp jaws into it, injects poison and digestive juices, which contribute to the liquefaction of the insides. The victim dies, and the spider carries her. Digestive juices contribute to the liquefaction of the viscera, when they are partially digested, the spider sucks out the contents, leaving an empty chitinous membrane. On average, a house spider can catch about 10-12 insects per day. Of course, he will not be able to eat them right away, so the hunter makes supplies.

Sometimes the victim manages to defeat the spider and survive. For example, ants, despite their small size, fight a spider that exhausts them. A tired hunter can leave, as a result, the ant remains alive and calmly leaves the cobweb. In one web, a domestic spider does not live long, since the remains of insects caught by it accumulate in it. On average, a spider changes its habitat every 2-3 weeks. As already mentioned, a spider can hunt without a web. In this case, he pulls two signal threads in a certain area. When the victim clings to the thread, the spider catches up with it and attacks. The diet of a spider in a human dwelling includes fruit flies, large houseflies, and other domestic pests.

Even though spiders are unwanted neighbors in an apartment or house, they do people a service: they reduce the number of insects in the house. 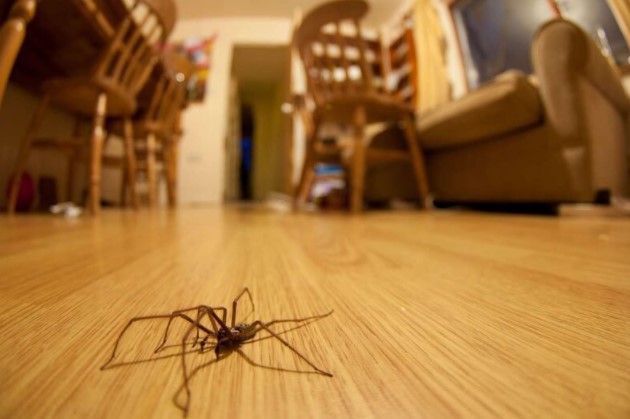 There is a myth that House Spiders become more active in winter, but in fact, the opposite is true. The myth is that spiders move into homes to shelter from the cold or to find food. However, since spiders do not need to maintain body temperatures like warm-blooded and cold-blooded animals, they do not need to hide in warm places or hunt a lot to feed on insects, because spiders can hibernate, which reduces their energy expenditure. Thus, spiders can live without food for months. Winter does not affect the number of fruit flies, midges, carpet beetles, moths, and silverfish in our homes, so even a starving spider that wakes up from hibernation has the opportunity to survive. House spiders can also feed on their relatives. That is why there are usually no more than three eight-legged neighbors in one house. Also, in a critical situation, they can migrate. If there is absolutely no food, and the spider needs it, it can move either to another part of the house or outside, to another house. The only problem for House Spiders is the danger of freezing their offspring. Nests are often killed by excessive cold. However, spiders often find a solution to this problem with a unique web shape. They can transform it from a trap into a protective cover. 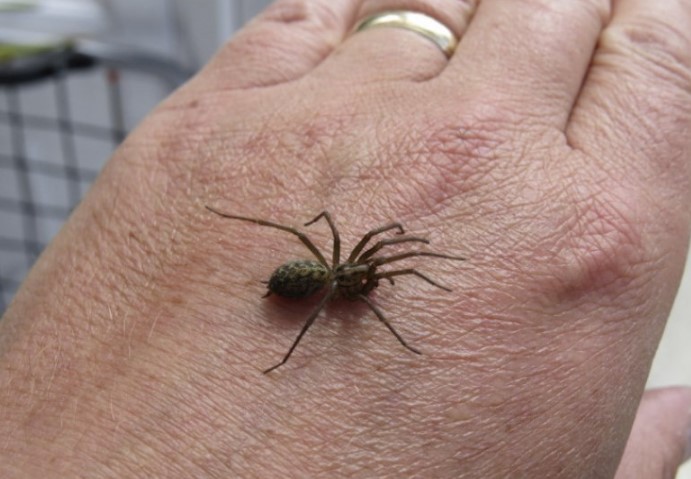 Even though the sight of spiders is terrifying for many, there is even such a phobia – arachnophobia, the house spider is completely safe for humans. He will not attack a person, since he can assess the size of the prey and understands perfectly well that a person cannot become his victim. A spider bite is poisonous, but dangerous only for insects, since the spider will not be able to bite through the skin, and there is too little poison to lead to negative consequences. But don’t grab a spider and play with it for one simple reason: its resemblance to a more malevolent spider. 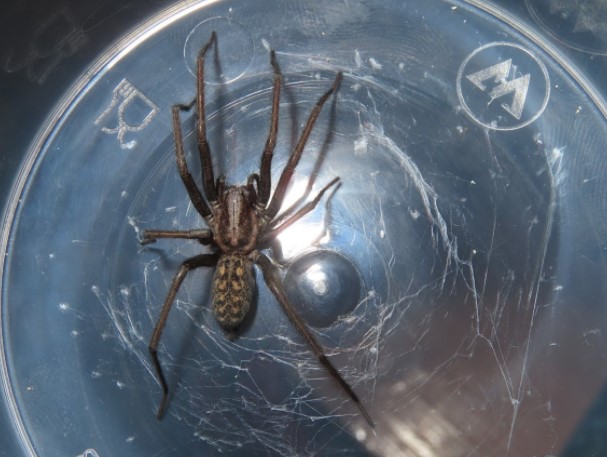 These spiders are rarely kept in captivity, however, such cases do occur. The spider, although small, is quite memorable and unpretentious. He by himself is used to enduring all the hardships of home life. It goes hunting mainly at night, while densely wrapping around everything that it sees with cobwebs. These spiders are accustomed to living in tight places with a large number of congeners, therefore, any number of them can be kept in the terrarium – they will get along, but, they will not do without natural selection. In a terrarium for spiders, there should be a large number of various shelters, you can get by with fragments of furniture wood, or old children’s toys, wallpaper. Spiders are unpretentious to temperature and humidity since the hairline is practically absent.

When the mating period begins, the male starts looking for the female. He steps into her web and waits for her to come. At this stage, the male needs to be careful, since there is a possibility that the female will attack and kill him. The male steps on the edge of the web and stands on its lower side, when the female appears, he crawls upward. If she does not attack, then the male begins to slowly approach her. The male remains cautious and watches over the female, if she shows aggression, then he immediately runs away. If the male manages to approach the female, then he touches her front leg, then the mating process takes place. After a while, the female makes a clutch. She lays her eggs in several flat cocoons and hangs them from a web. When youngsters hatch from eggs, they live with their mother, who teaches them how to hunt. When the grown spiders can get food on their own (this happens after about a year), they settle separately from the female.

If you keep these spiders in captivity, you should not pay any special attention to reproduction. The spider itself reproduces well, and you should not control this process. Spiders perfectly find each other, while due to the availability of the species in the event of an unforeseen situation, losses will be insignificant. This species is extremely fertile, due to the small size of the young, it is difficult to calculate the total. However, at least 100 small spiders emerge from the cocoon. Special conditions for breeding are also not required. 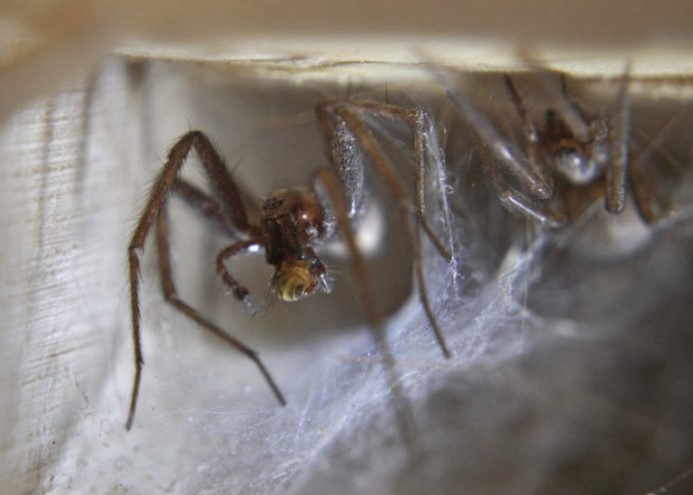 These spiders, like all others, are predators. From the references from the owners’ pages, you can feed them with any small, live food that is suitable in size. These can be small worms, larvae. There are also references to the fact that in the terrarium with spiders you can leave an apple core and a small hole through which Drosophila flies and serve as food.

There are many superstitions and beliefs about spiders. The most common are: 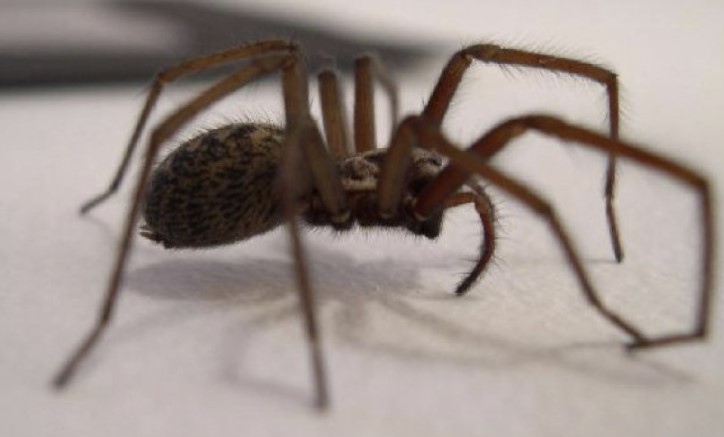 Thus, house spiders are not dangerous to humans, but on the contrary – they eat pests and are the messengers of good news according to signs.

This is one of the easiest spiders to keep, but it is designed for connoisseurs. The phrase “why keep him, he already has it in everyone’s house” is not relevant, if only because in the wild this animal is practically invisible. It is much more interesting to watch him in the aviary, and, as a last resort, if these spiders get bored, then you can release them in the summer to the nearest ruins. They will definitely not be lost.