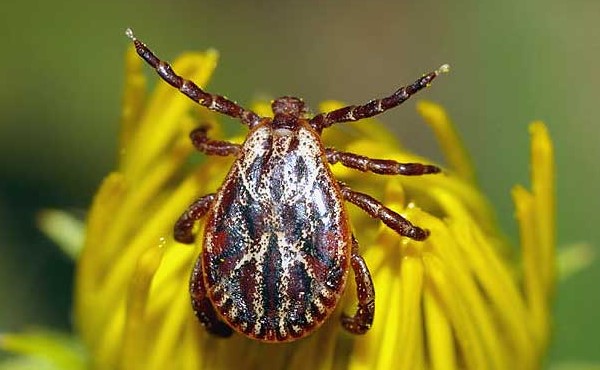 The Acari are a taxon of arachnids that contains mites and ticks. Mites and ticks are quite dangerous and unpleasant animals that become active during the warmer months. They are representatives of the oldest inhabitants of our planet, who survived the dinosaurs. Evolution has practically no effect on these animals, they have survived unchanged and live wonderfully in the modern world. Their victims are both animals and people.

The Acari refers to arachnids that feed on the blood of animals and humans. Nowadays, there are a huge number of varieties of this species, up to 40 thousand. But two types play a significant epidemiological role:

To this day, scientists have not come to a consensus about exactly where mites and ticks came from and from whom they came. The main thing is that for a million years of evolution, they practically did not change. The fossil mite is very similar to the modern primitive individual.

The main hypotheses for the origin of mites and ticks today are as follows:

The latter hypothesis has even received direct confirmation. So, a cheliceral animal with a clutch of hatched eggs was found. The larvae of these eggs are very similar to ticks, in that they have the same number of legs.

The size of Acari is small, depending on the type of animal, it ranges from 0.1 mm to 0.5 mm. Since mites and ticks are arachnids, they have no wings. An adult Acari has 8 legs, while an unmatched specimen has 6. On the legs are claws and suckers, with which they are attached to plants. The animal has no eyes, so a well-developed sensory apparatus helps it in orientation. Each species has its own color, habitat, and lifestyle. 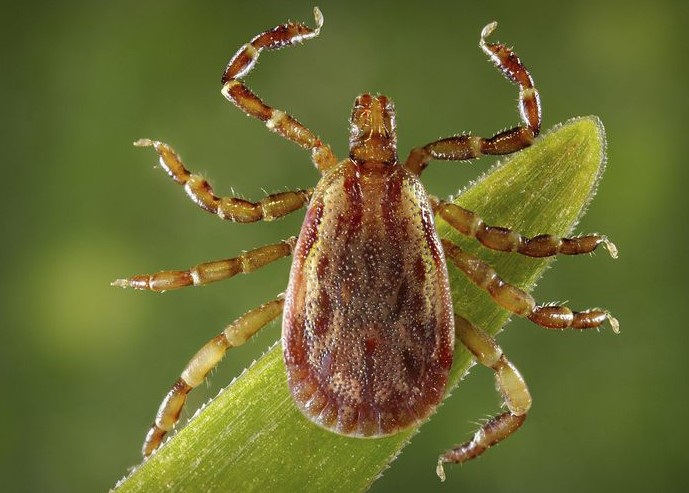 Interesting fact: The Acari sensor apparatus, which is located on the limbs, allows him to smell the victim 10 m away.

The structure of the body is leathery. The head and chest are fused, and the head is fixed to the body motionless. Armored mites breathe with a specially designed spiracle. Ticks are quite voracious, but in dangerous situations, they can be without food for up to 3 years. By eating plentifully, they increase in weight more than 100 times.

Mites and Ticks can be found anywhere in the world. All climatic zones are suitable for their life, regardless of the continent, weather conditions, and temperature regimes. The most overgrown with grass place that does not seem to inspire confidence can be absolutely safe, and vice versa, a well-groomed and ennobled park with landscape design can be overpopulated with ticks and potentially dangerous. After all, the presence of a bench and trimmed grass does not guarantee the absence of ticks and does not protect against encephalitis. It is widely believed that ticks live in trees and wait for their victims exactly there, rushing at them directly from the branches.

But this is a fairly common myth that has nothing to do with reality. Ticks live in grass and as close to the ground as possible. The larvae are on the grass at a height of 30 centimeters to one meter. The mites themselves sit on the inside of the leaves of plants next to paths for animals and cling to everyone who touches this very plant.

According to statistics, an adult Acari usually bites the lower body: legs, buttocks, groin. But the overwhelming majority of children are bitten in the head and neck area. But, both in one and in the other case, there are bites both to the arms and to the torso.

Acari also differ in the way they eat. On this basis, they can be divided into two groups:

Saprophages consume organic residues. That is why such mites are recognized as very useful for nature and humanity since they make a certain contribution to the creation of humus. However, there are saprophagous mites that feed on plant sap. These are parasitic mites. This type of animal causes great harm to agriculture since it can destroy the harvest of grain crops.

There are mites that eat the exfoliated particles of human skin – the epidermis. These mites are called Dust Mites or Scabies. Barn Mites are suitable for feeding on plant residues that decompose, incl. rotting flour and grain. For a Subcutaneous Mite, the ideal option is subcutaneous fat. Predatory Ticks parasitize other animals and plants. With the help of its legs, the blood-sucking mite attaches itself to its prey, and then purposefully moves to the place of feeding.

Mites and ticks start to be active in mid-late spring, namely in late April and early May. For their awakening, it is necessary that the earth warms up to three to five degrees. And this continues until the end of August, the beginning of September until the temperature of the earth drops to the same mark. Population and density are directly dependent on weather conditions. If the summer was not hot and with a lot of rains, and the winter was snowy and not harsh, then the next year the population and density of the tick will increase. 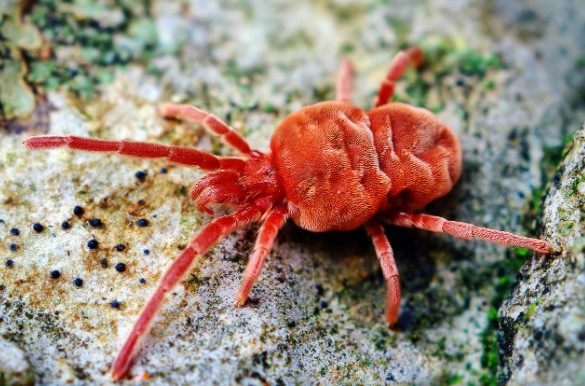 The female Acari, after sucking blood in early summer or late spring, lays eggs from which larvae will emerge, but they will only bite someone the next year. But, the larva or nymph, which have sucked blood from the host this year, move on to the next phase of the development this year too. After Acari has selected a victim, it may take about twelve hours before he begins to suck blood. On the human body, ticks prefer hairy areas, as well as behind the ears, knees, and elbows.

Due to the fact that Acari have saliva with an anesthetic effect and anticoagulants in their arsenal, their bite is invisible to the owner. The maximum duration of blood-sucking is fifteen minutes. The lifespan of Acari also varies depending on the species. Dust Mites live from 65 to 80 days, but mites living in the taiga live for about four years. And without food, depending on the species, ticks live from one month to three years.

Reproduction takes place in different ways, depending on the type of animal. Most are oviparous. Viviparous individuals are less common. Individuals are clearly divided into females and males. The following stages of animal development are distinguished:

In the food chain, this species occupies one of the lowest positions. What is horror and nightmare for a person, is a holiday for birds and others who eat them. There are many man-made means to combat them. But nature itself has succeeded in this. There are a large number of insects and animals that feed on them or lay eggs in them. Spiders, frogs, lizards, wasps, dragonflies, this is not a complete list of those.

Mites are also killed by fungi, causing them to have various kinds of fungal infections and diseases. Based on this information, you need to understand that mass persecution of ticks is a disaster, because the natural balance will be disturbed, and this will lead to the death of both the ticks themselves and the species that feed on them.

Acari is very unpretentious. The methods of their distribution determine their widest habitat on the planet. Even in spite of their microscopic size, precisely because ticks are parasites, they can easily overcome great distances on another animal. While they themselves can move no more than a couple of meters. 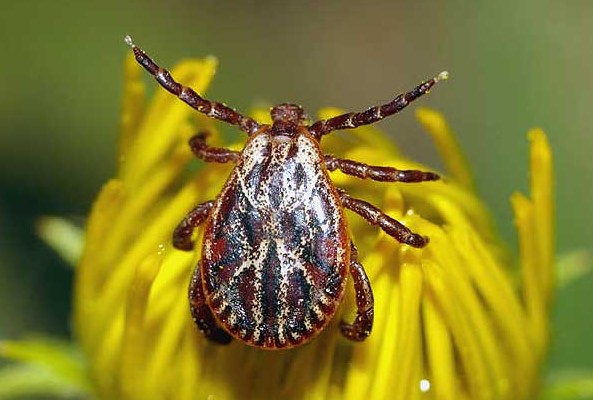 Every year the population of these arachnids is growing all over the world. Why this happens is not known to this day. Scientists around the world cannot find the reason for the increase in the increase in the number of ticks. At optimal temperature and humidity levels, mites and ticks can be very hardy, so it is extremely problematic to exterminate this species.