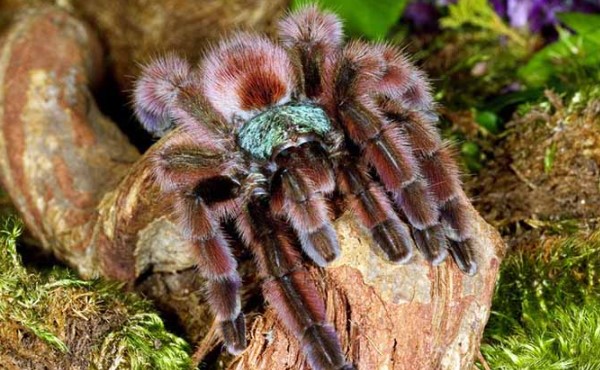 Pets play an important role in most people’s lives. They are cared for, loved, and considered family members. Increasingly, people keep exotic animals as pets, such as unusual lizards, snakes, and even spiders. One of these favorites is the Tarantula spider. It is allowed to keep him at home, so he has become a popular pet.

The Tarantula spider is an arthropod animal of the spider family, distinguished by its large size and the ability to survive in extreme natural conditions, as well as in an artificial environment. It is for this reason that keeping tarantulas at home is now becoming increasingly popular among fans of exotic animals. It is noted that this species inhabits all continents on the planet. The only exception will be Antarctica, the weather conditions of which only some species of animals can withstand. It is quite rare to find a spider in various parts of Europe. But even in desert conditions, it can survive and actively reproduces. 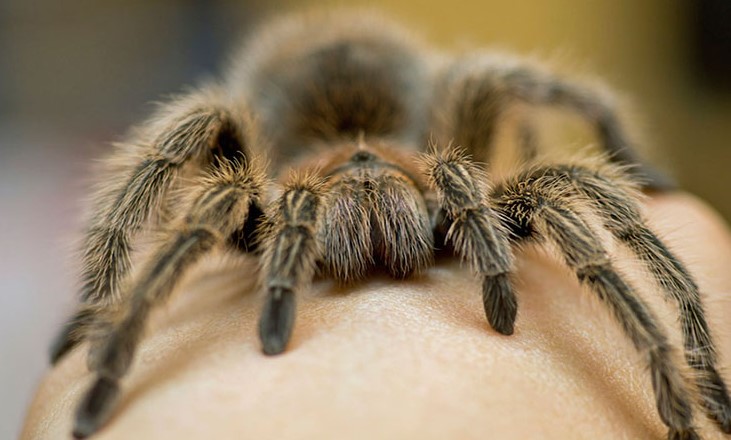 On each pair of legs, the animal has villi that resemble a woolen cover. Its sizes vary from 8 to 30 cm in diameter. The bodies of individual individuals can grow up to 15 cm in diameter. Spiders are quite large – some adults can hunt frogs.

The color of the Tarantula depends on the species and can be dark brown, blue, purple, black. Activity and habitat also depend on the type of animal. Woody individuals prefer to stay most of the time in the crowns or trunks of trees. Burrowing or earthen spiders make a hole in the ground. The manifestation of activity occurs in case of emergency or at a time when the Tarantula is hungry. Even a hungry spider does not differ in haste and sudden movements, and a well-fed one is practically motionless and may not leave its nest for several months. This feature is most often observed in female tarantulas.

How long a spider can live depends on many factors. As a rule, females live for about 25-30 years. Males usually die after the first mating, but in some cases live up to 2-5 years.

The Tarantula does not pose a mortal danger to humans, but its bite cannot be considered non-poisonous. Any spider of this species, when bitten, emits poison, which can cause itching, severe pain, swelling, and hyperemia of the skin in people prone to allergic reactions. In some cases, a person may experience cramps in the limbs or the whole body.

In their natural habitat, there are mainly 4 species of individuals – arboreal, burrowing, terrestrial, and semi-arboreal. But if you plan to keep a Tarantula spider at home, you should know about the most dangerous species of this arthropod:

It is necessary to create a home environment suitable for the spider. To do this, you need to prepare a special container, an aquarium, or even a terrarium. The first and second options are ideal for small Tarantulas. If the spider is large, it is better to keep it in a terrarium so that it does not escape from the lack of space.

You can purchase special terrariums or containers at a pet store. Some components will help fill the terrarium and create a comfortable environment for the pet. It is not recommended to purchase a large terrarium, since live insects used to feed the Tarantula will hide, leaving it without food. 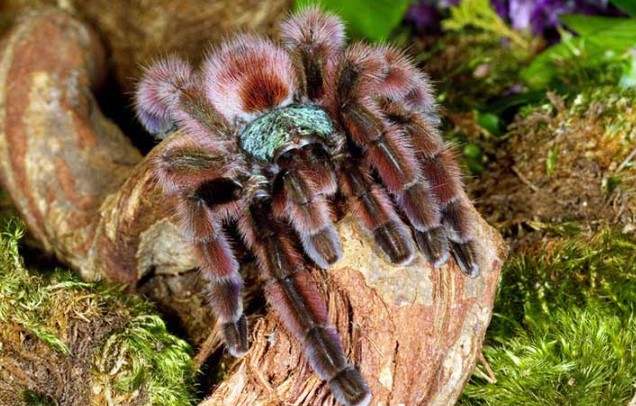 To fill the terrarium with the necessary items, when buying, it is worth clarifying which species the spider belongs to. If it is a woody and semi-woody species, it is recommended to place a branch of a real tree in the terrarium. If ground or burrowed, then filling the container with earth, sand and sawdust would be ideal. All Tarantulas should be provided with a special decorative shelter in which they can hide and feel calm. You can buy it at a pet store.

It is important to always cover the container with a pre-drilled lid. If this is not done, the pet will quickly leave the habitat and it will be almost impossible to find it. The container should be kept at the optimum temperature and humidity so that the animal does not die. In winter, the pet’s dwelling should be heated with special lamps so that the temperature does not drop below +25 ° C. The ideal humidity level is 70-90%. It can be maintained by regularly spraying the container with water from a spray bottle.

The molting period is very important for all individuals. Young Tarantulas molt up to 3 times a month, and adults no more than once a year. At this time, the animal sheds its outer cover for renewal and continued growth. It is strictly forbidden to help the spider get rid of excess skin, as this can lead to its death. 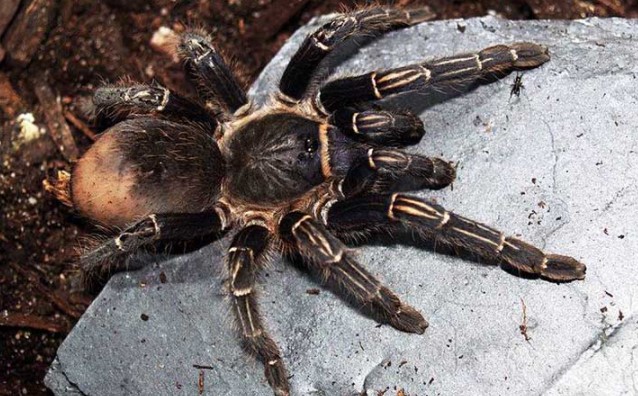 Feed your pet no more than 2 times a week. Attempts to fatten a pet can end sadly. Since Tarantulas are predators, food for them should only be alive. Flies, worms, crickets are ideal food for the animal. Its size must match it. If the individual is small, the food should also be small. Adults should choose large insects. Some zoologists recommend feeding the animal a small amount of raw meat or fish. But keeping him on such a diet is not recommended all the time. Other experiments with the diet are also not encouraged – this can affect the health of the spider and ultimately lead to death.

Cleaning the terrarium is important. This should be done with special tweezers and devices that can be purchased at the pet store. You should not invade the spider’s personal space with your hands to avoid aggression on its part. The frequency of cleaning must be determined independently, taking into account the degree of contamination of the container with waste products and food debris.

The arthropod usually reproduces well in artificial conditions. For reproduction, a male is attached to the female and favorable conditions for mating are created. The terrarium should be humid and hot to speed up the breeding process. After fertilization of the female, the male should be removed from her. The birth of offspring is not an easy process. Under artificial conditions, the mother herself can kill the spiders, since there will not be enough space for such several individuals to live. It is for this reason that you should not try to breed Tarantulas on your own. 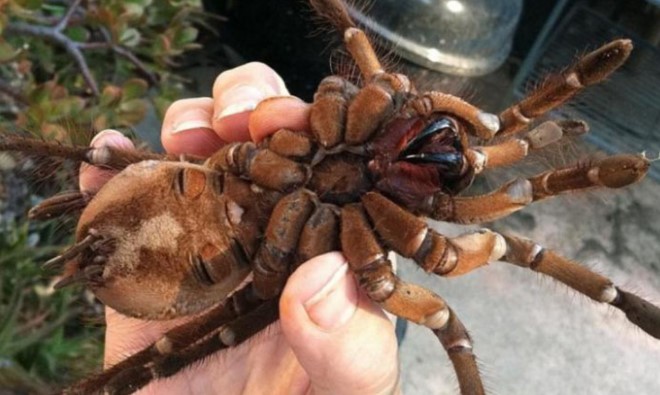 You can buy a pet only in large cities and specialized stores. When choosing, you should pay attention to several nuances. This will help protect yourself from unnecessary waste and frustration. The spider must meet the following criteria:

It is also important to choose a small spider. Adults do not differ from each other and it is almost impossible to determine their age. Under the guise of a young Tarantula, they may well sell a mature animal that will not live long. It is better to choose only the female since the males live a little.

Before you start such a pet at home, you should find out about all its advantages and disadvantages. Despite the generally negative opinion, keeping a spider at home has several positive aspects:

The animal also has disadvantages that can become an obstacle for many people. The main disadvantage is that the spider is poisonous and often aggressive. Because of this, it is not recommended to keep it in houses where children live. The Tarantula is also not suitable for people suffering from arachnophobia or pathological fear of any spiders. But there are cases when a mental disorder was treated with the help of this particular type.

For those who love to stroke a pet, hold it in their arms and walk with it, a Tarantula spider is also not suitable. The animal is unlikely to like this attitude, which will invariably lead to bites and the development of an allergic reaction. People who are not embarrassed by such nuances can safely have spiders.